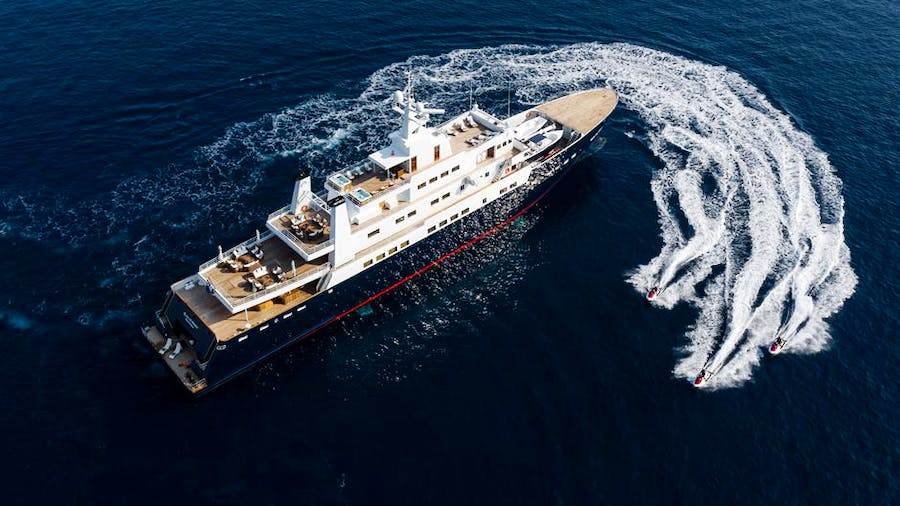 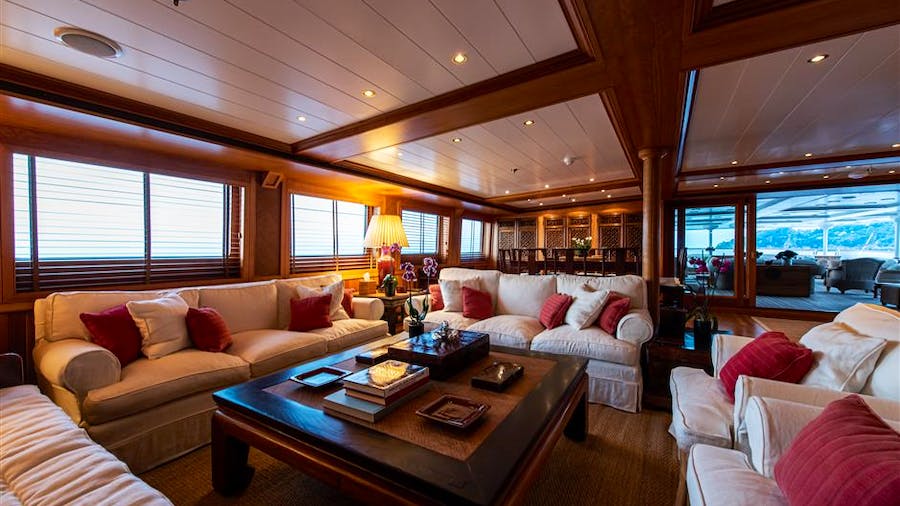 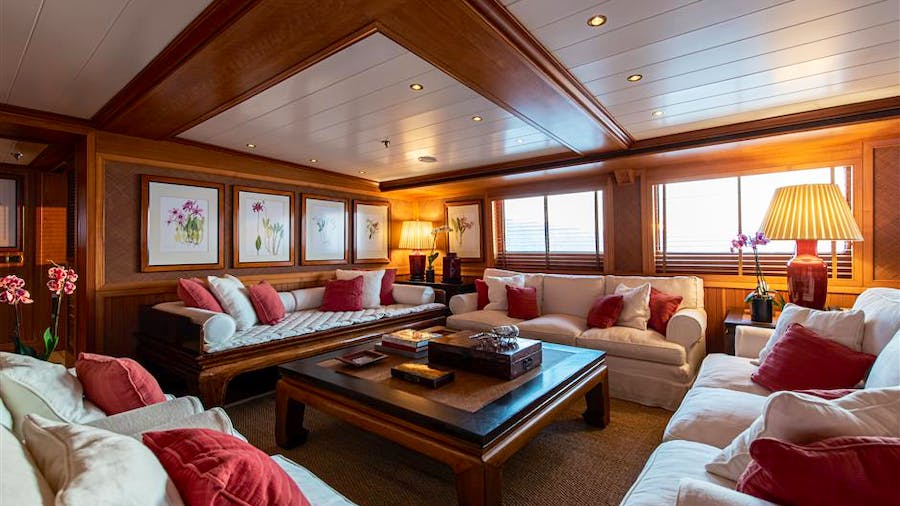 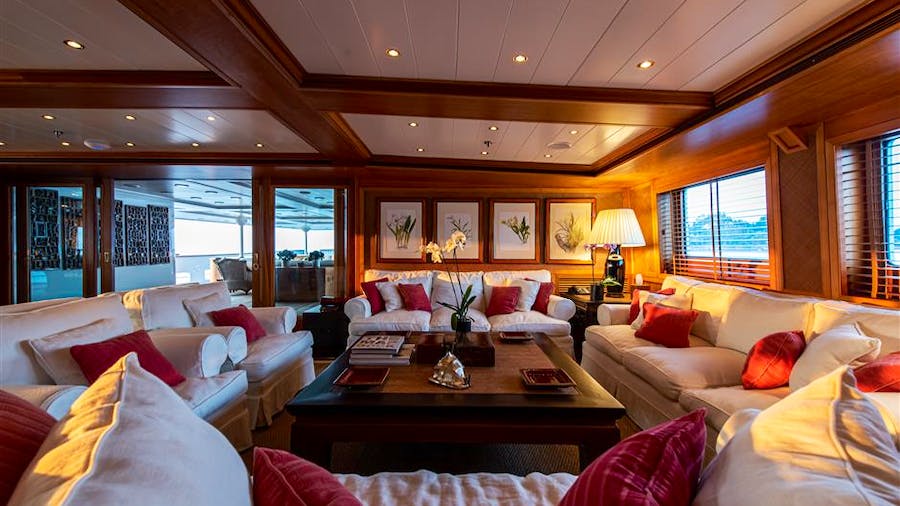 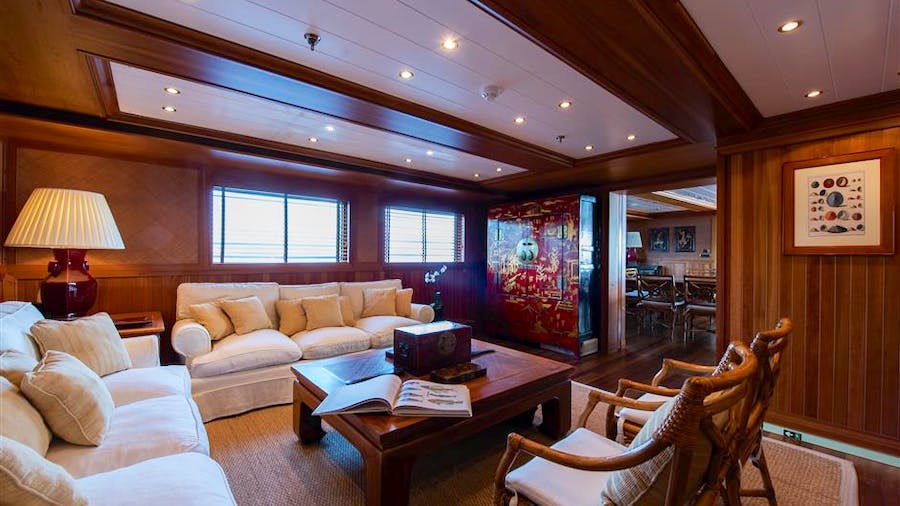 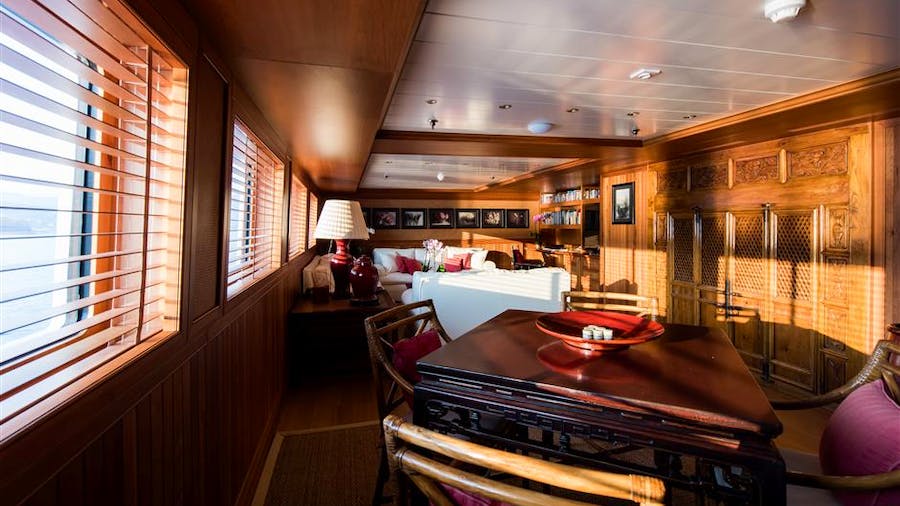 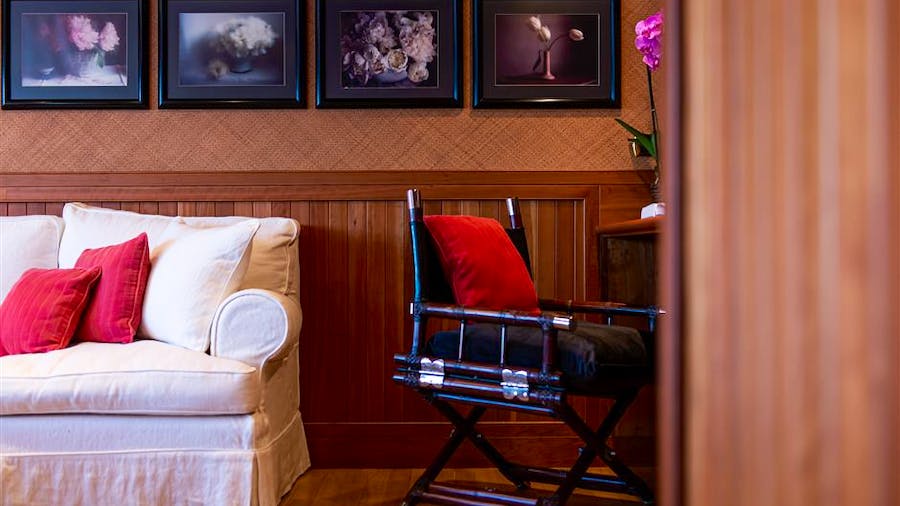 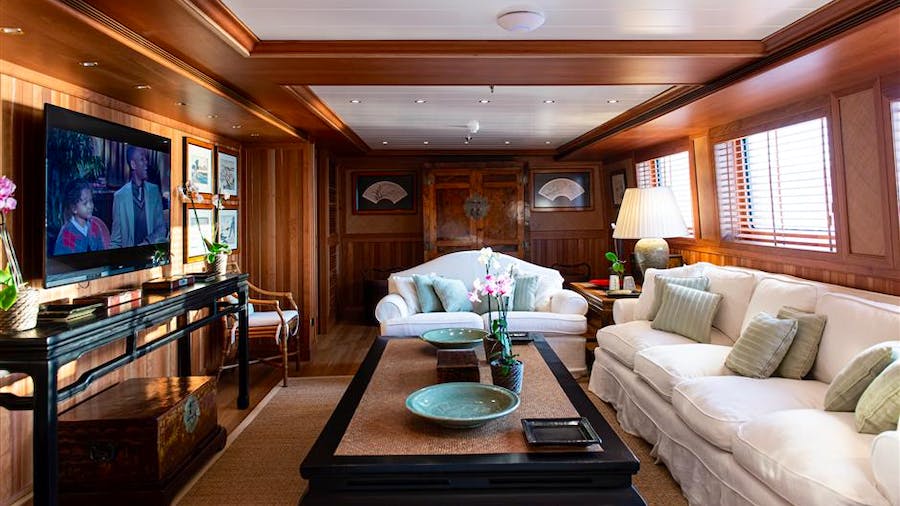 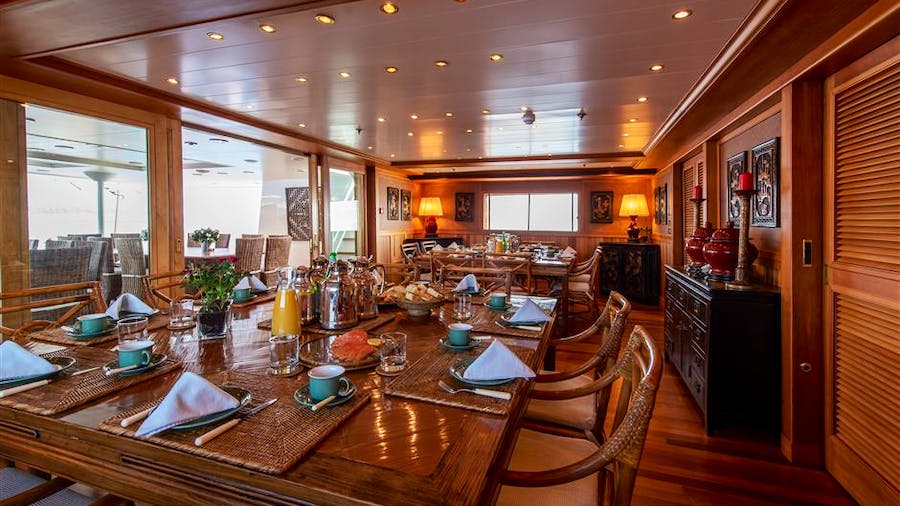 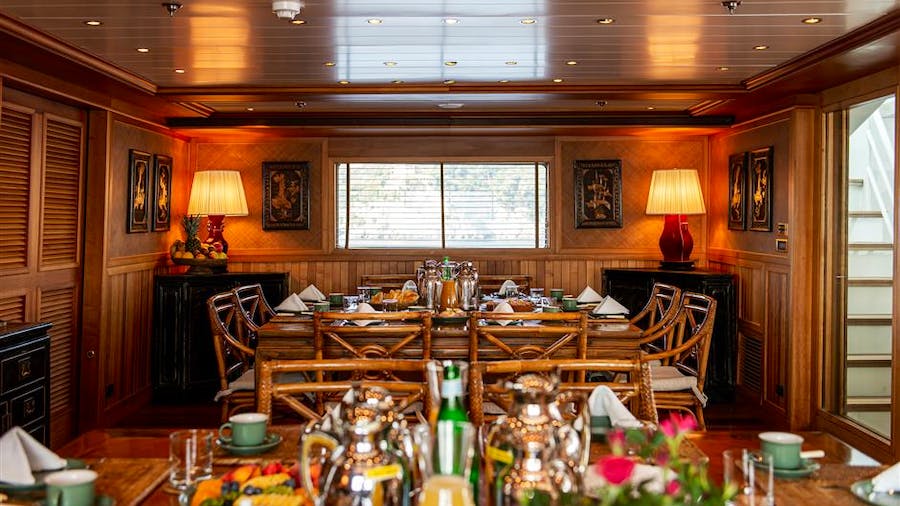 Built in 1980 at the Cleland yard in England, LODESTONE was a Degaussing ship which served in the British Navy until 1997. In 2000 her new Owner, a very experienced yachtsman, began her conversion into a luxury motor yacht. She was re launched in 2005 as BLEU DE NIMES. The extent of the refit was so vast that Lloyd’s classified her as a new construction. Only the strong hull remains from the original ship.

A 4 year rebuild from 2016 to 2020 saw her extended to 72.25 metres. The project was overseen by Studio Nattero in Genoa & extended accommodation from 9 cabins to 13, more than doubling the number of guests that can stay on board to a total of 28. A new garage now houses two of the yacht’s tenders which were previously stowed on the open foredeck.

Communication systems were moved to a central mast structure while the two recognisable stacks remain intact. Pier Vittorio Cerruti, the same architect who was behind Bleu de Nimes’ first interior conversion in Turkey, was once again drafted in to oversee the continuation of the yacht’s elegant interior into the newly-added spaces.

Out of sight are the hydrodynamic improvements that were made beneath the waterline during the rebuild project. A new forward fin keel not only adds to the yacht’s overall speed and efficiency but has also resulted in a more comfortable ride at sea. 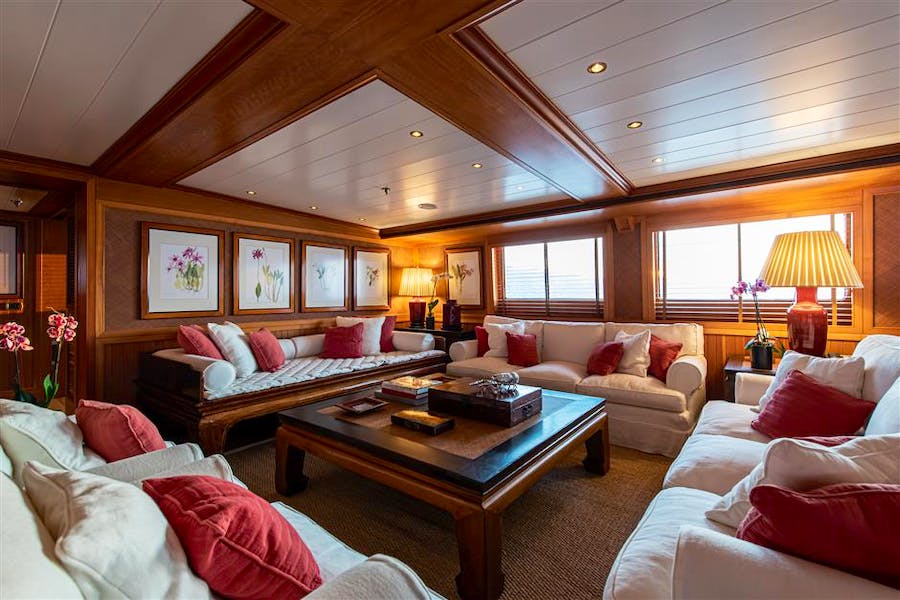 Would you like to get more information about BLEU DE NÎMES? Our Brokers are standing by to help. 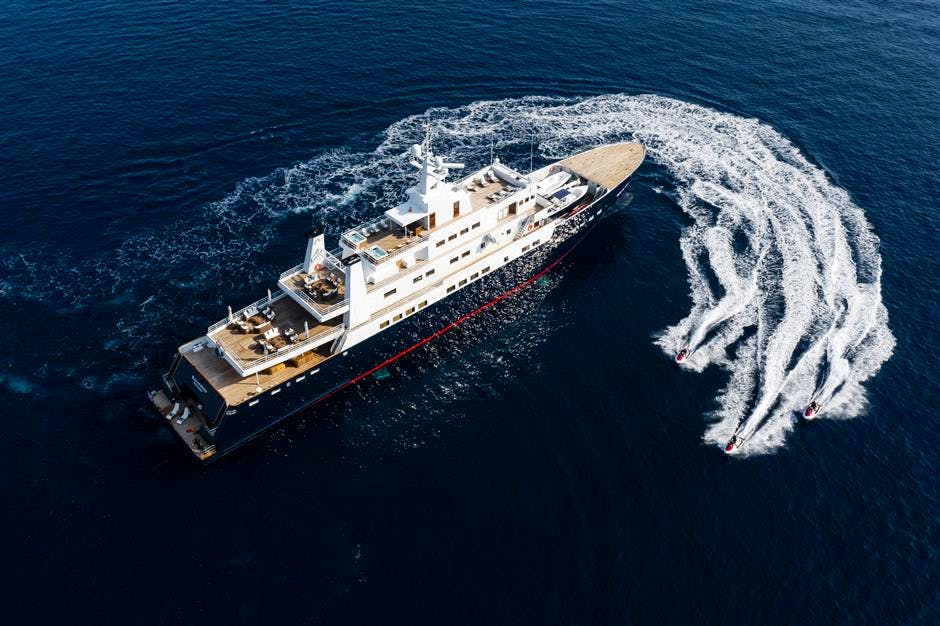 We appreciate your interest in BLEU DE NÎMES. One of our experienced sales brokers will be in touch soon.