Collectively we can create a sustainable future

The wellbeing of the marine environment has long been a topic of intense international debate; thankfully the world is now doing more than merely talking. With more than 70 percent of the planet’s surface covered by water, oceans have become a hot topic and awareness has recently risen exponentially. While creating extraordinary experiences and helping our clients to enjoy their yachts has always been at the heart of what we do, Northrop & Johnson also recognizes the direct environmental impact that the yachting industry has on our oceans.

We’re Committed to a Sustainable Future

At Northrop & Johnson we’re committed to sustainability and ocean conservation. In our dedication, we are working on partnerships with environmental groups that are seeking to support the United Nations Sustainability Development Goals. Join us in working every day to ensure our oceans become healthier and our planet sees improvement for a sustainable future.

In line with the United Nations Sustainability Goal #14 LIFE BELOW WATER “to conserve and sustainably use the world’s oceans, seas and marine resources for sustainable development”, it is clear that collectively we need to significantly reduce our environmental impact and have a more positive influence on the oceans our clients explore. The United Nations have mapped out 17 Sustainable Development Goals, and there is no doubt that Goal #14 LIFE BELOW WATER is at the core of Northrop & Johnson’s Ocean Projects program. Additionally, Goal #12 RESPONSIBLE CONSUMPTION & PRODUCTION and Goal #13 CLIMATE ACTION also go hand-in-hand with our efforts to protect our oceans. 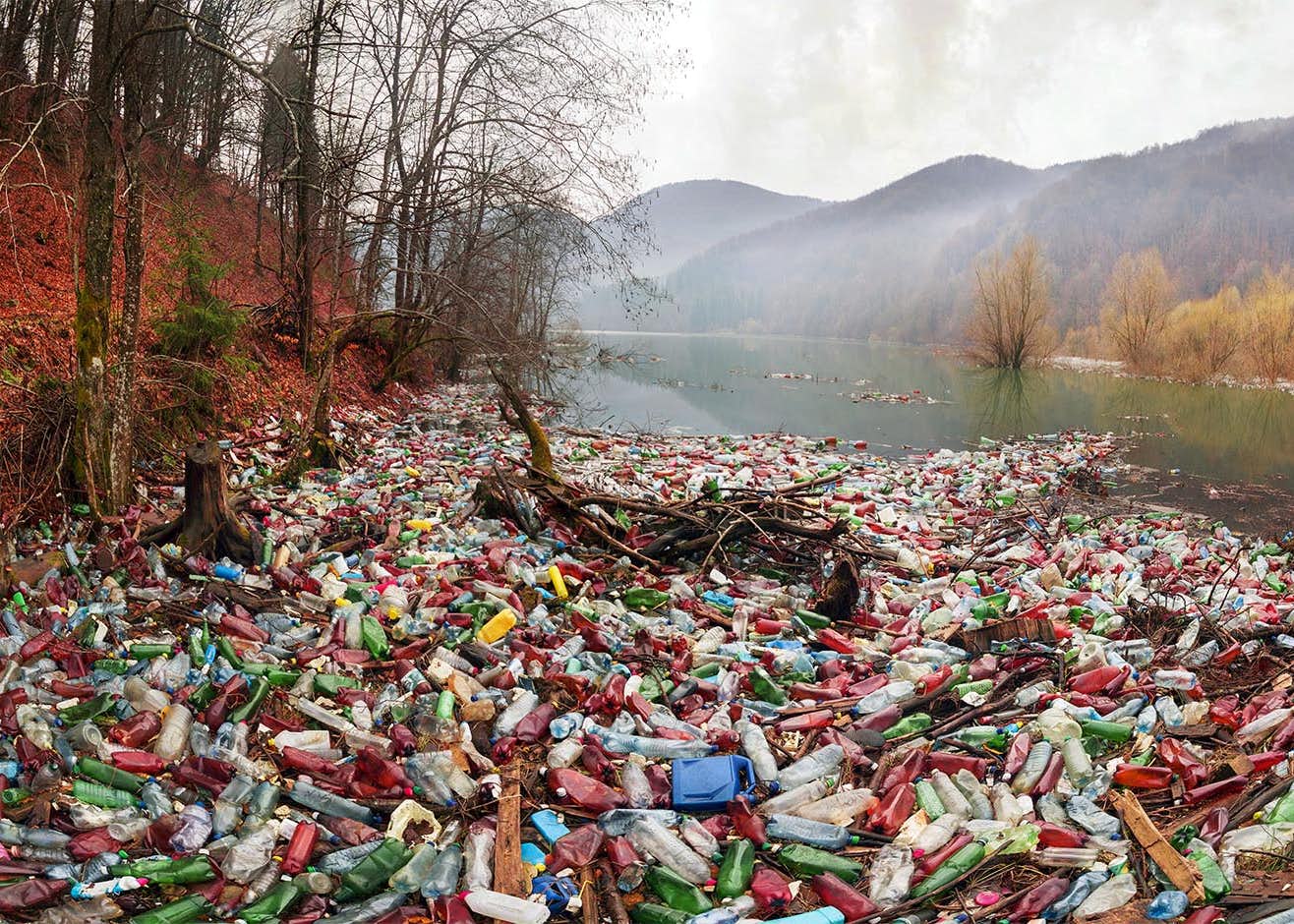 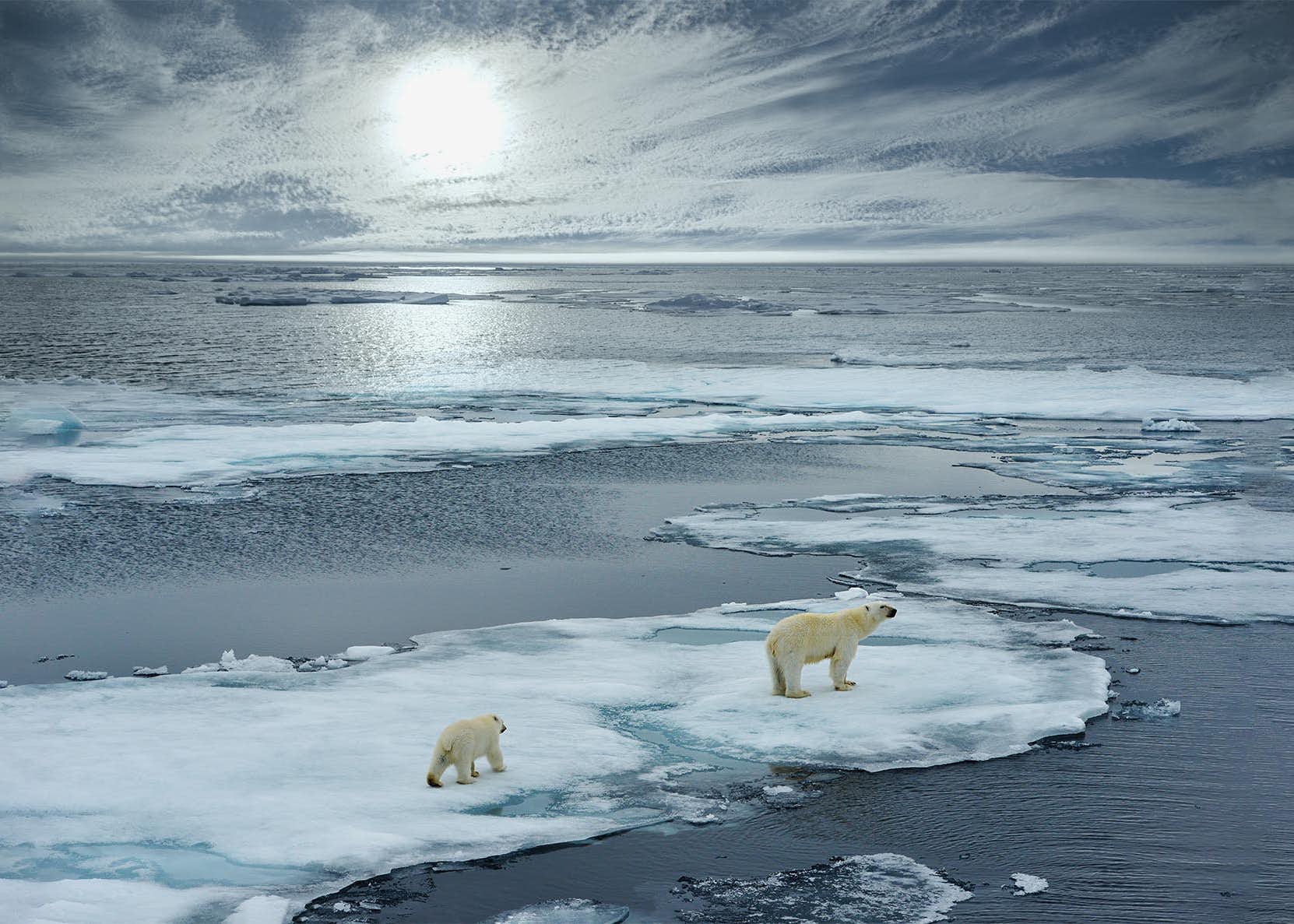 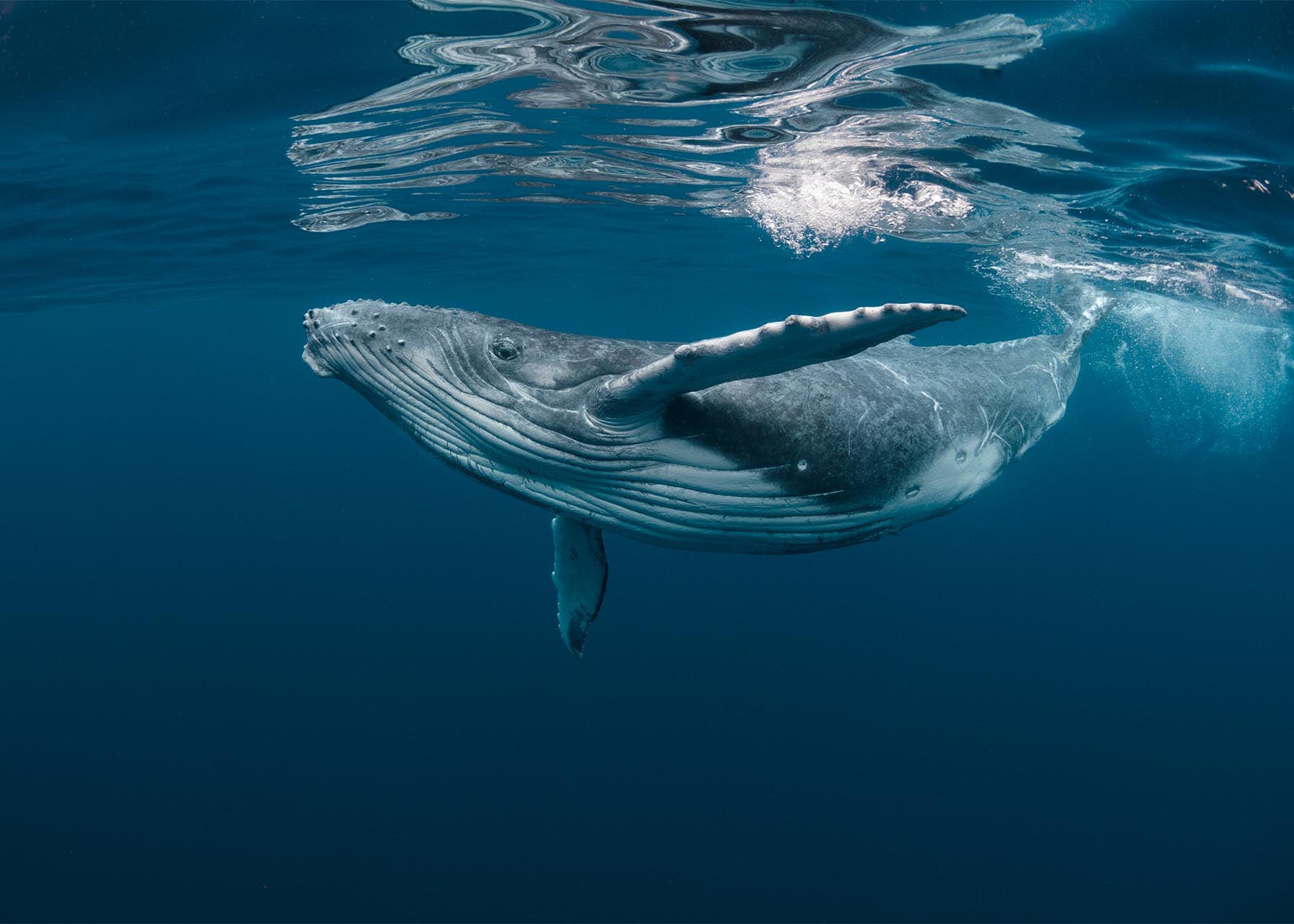 Sustainable business practices are at our core

Sustainable business practices are at the center of the United Nation’s Sustainable Development Goal #12 and at Northrop & Johnson, we recognize that our everyday activities exert stress on the planet and its finite resources. The entire organization aims to align its business activities with SDG #12 and focus on responsible consumption and production. As a service provider, Northrop & Johnson’s day-to-day operations and general maintenance of our offices—the production of marketing materials, including print publications and participation in a number of annual boat shows—all have a direct impact on the environment and our efforts to minimize these are continuous. To date, Northrop & Johnson have implemented the following initiatives to drive SDG #12 within the organization: 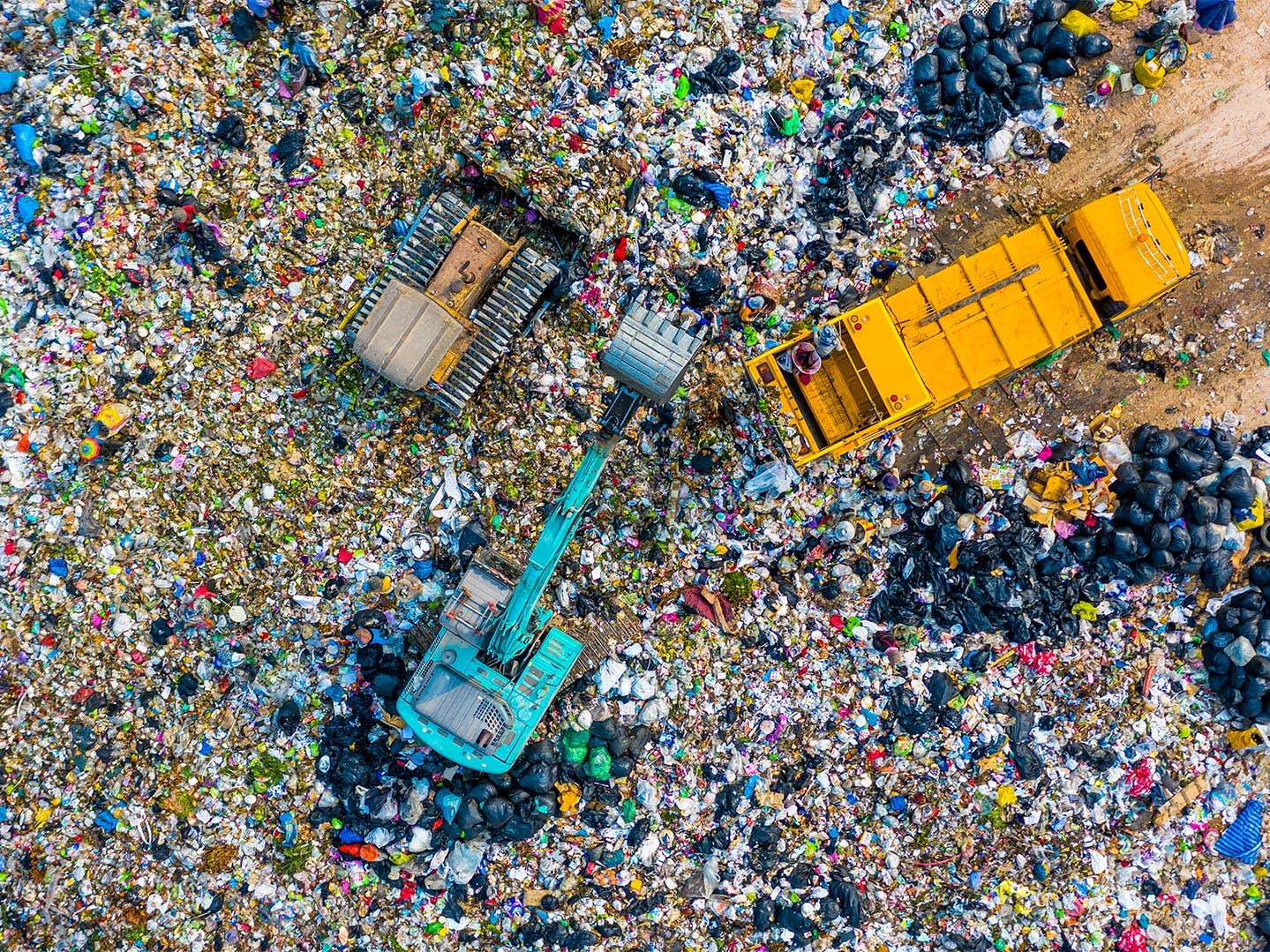 Northrop & Johnson have implemented the following initiatives to drive Sustainable Development Goal #12 within the organization:

Northrop & Johnson recognizes that responsible consumption extends beyond buying greener products and being more aware of the global climate crisis. It also includes considering the environmental, social, health and economic impacts of the services we procure, and we have established a criterion for responsible consumption within the day-to-day running of the business.

Externally, Northrop & Johnson aims to encourage clients to join us in our sustainable efforts by recycling and cutting single-use plastic in its entirety. 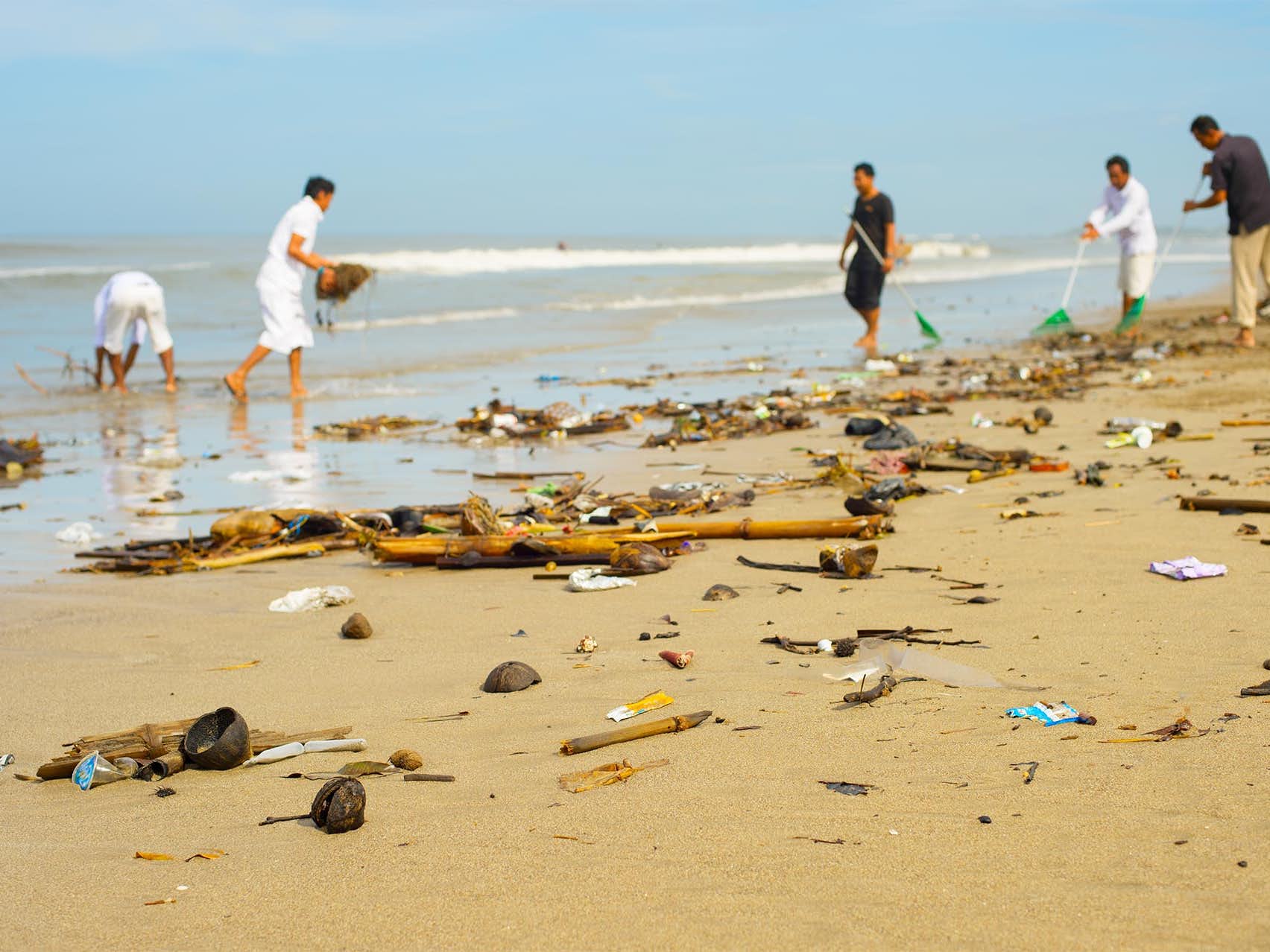 How to eliminate waste

Do your bit for the environment with the following tips on how to reduce and even eliminate waste in your everyday life, be it at home or in the office.

According to a UN climate report, 2019 was the warmest year on record, with 2010 – 2019 the warmest decade on record. Since the 1980s, each successive decade has been warmer than any preceding date since 1850. Given that greenhouse gas levels continue to increase, the warming is projected to continue, leading to increased ocean temperatures. Such phenomena are resulting in rising sea levels, the altering of ocean currents, melting floating ice shelves and dramatic changes in marine ecosystems, in turn leading to negative impacts on marine life and the wellbeing of people who depend on ocean ecosystems. It also leads to unprecedented floods and droughts, forest fires and a toll on the health of the global population. It is not all doom and gloom, however. Last year emissions dropped in developed countries, despite growing economies, as we see a growing understanding across society that climate change is the number one problem mankind is facing today. To solve the problem, we all need to do our bit, while simultaneously working with developing countries where climate change has the most impact. 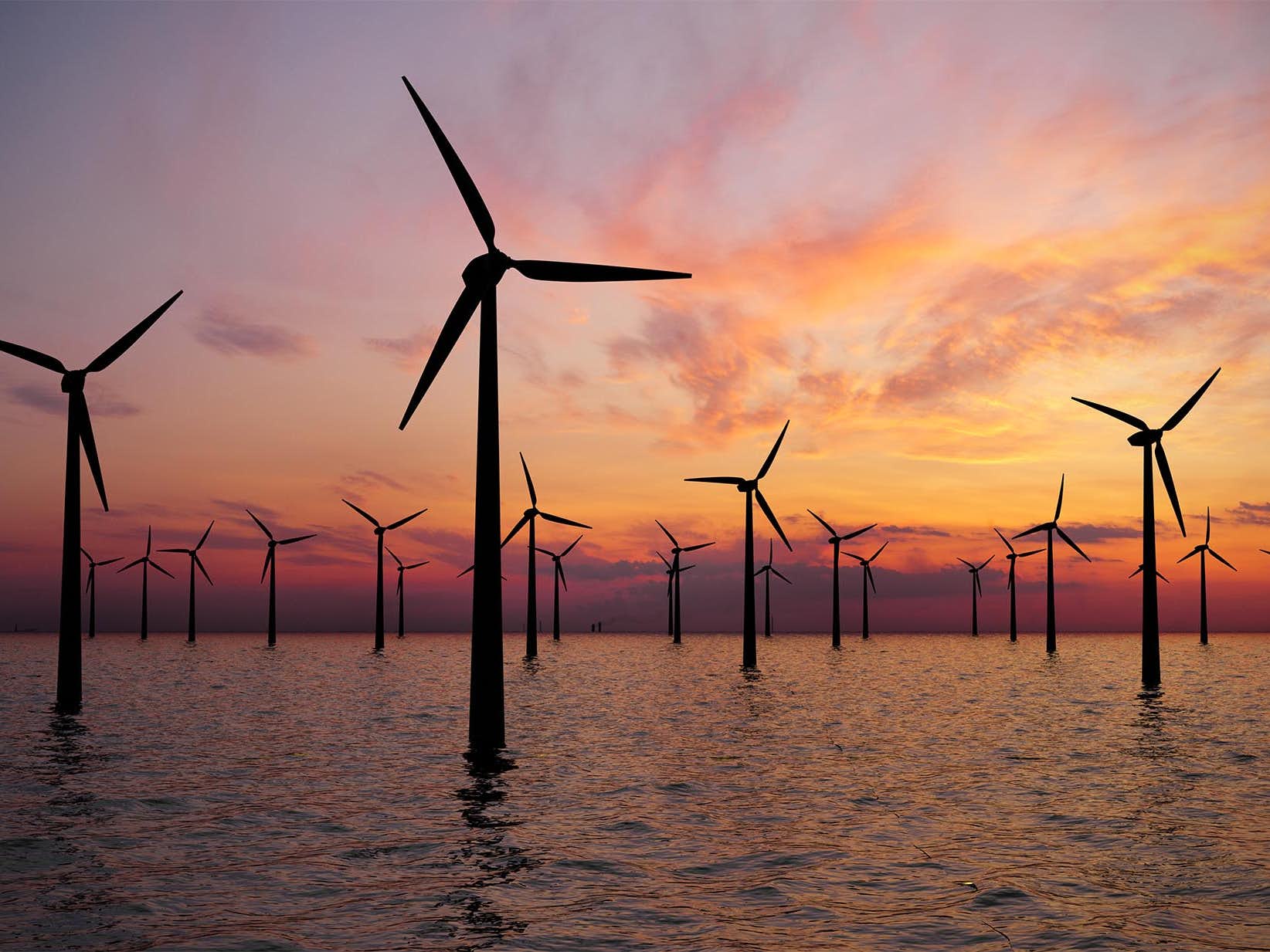 At Northrop & Johnson we want to help protect our climate, so we are in the process of making our company carbon neutral. To do this, we are measuring how much carbon dioxide (the main greenhouse gas contributing to global warming) Northrop & Johnson produces from all its activities. We are also learning how to avoid emissions—setting realistic targets and goals to reduce them. There will always be a degree of unavoidable emissions. But, by working on a Carbon Offset program, we are now offsetting or “neutralizing” these emissions by supporting a number of renewable energy and sustainable projects around the world, which will absorb the equivalent amount of emissions that Northrop & Johnson produce.

Added to this is our commitment to only print publications that are manufactured using 100% offshore wind electricity, with ink derived from vegetable oil, 95% of press chemicals recycled for further use and, on average, 99% of any waste associated with each publication recycled, with the remaining 1% used to generate energy. 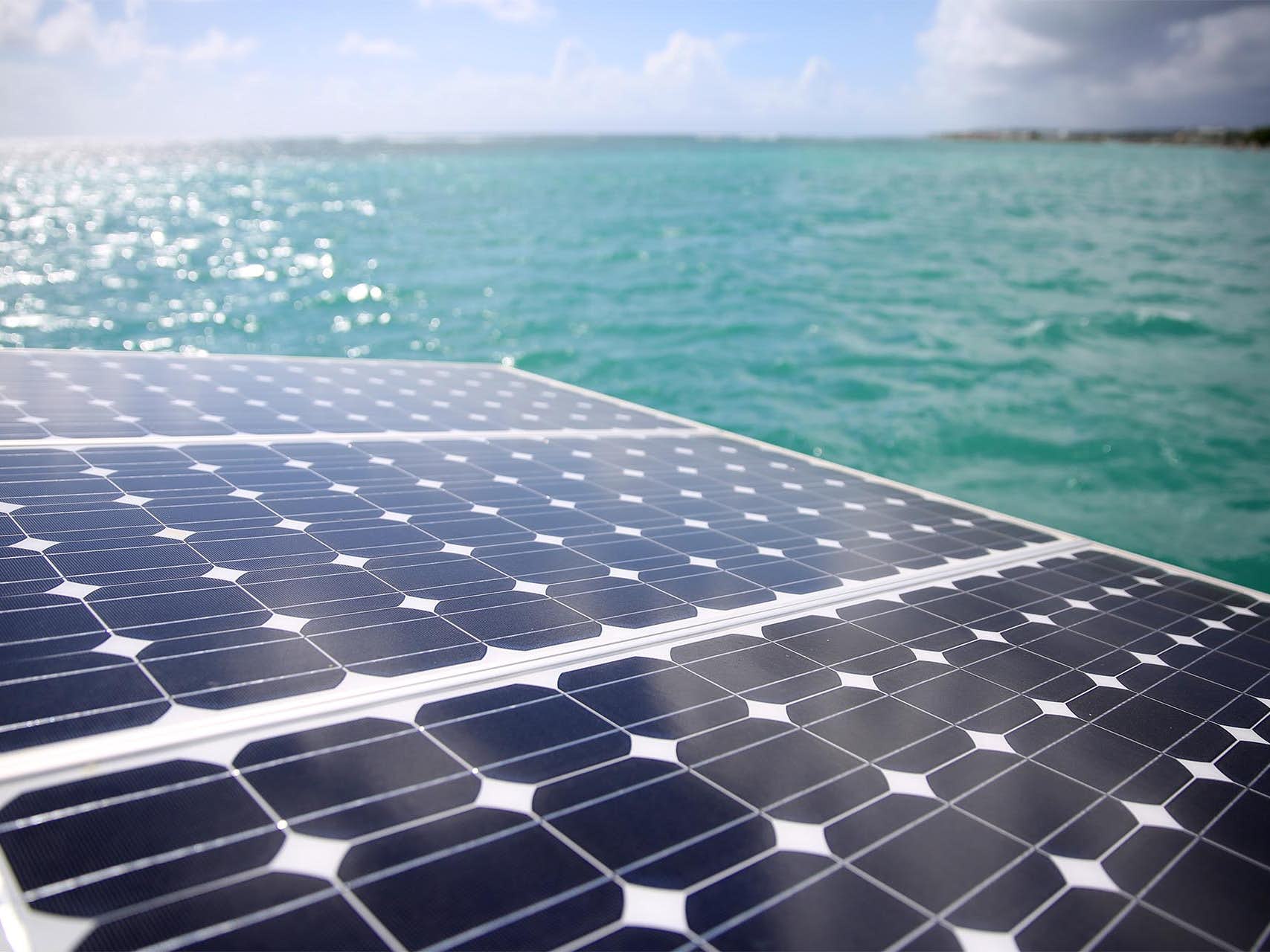 One of the greatest pleasures of cruising is the tremendous sense of freedom it affords. Whether you are a fan of breathtaking sunsets on an endless horizon, diverse cultures or exotic shores, the water gives you a unique perspective on the world. To help protect this heritage, Northrop & Johnson can make your next charter a little “greener”, by measuring and “neutralizing” the CO2 associated with the fuel burned by any yacht. It costs from as little as US$50.

Offsetting your charter is just one way to ensure that you are doing your part, however, by making simple changes on board you can help reduce waste. Many yachts and crew have signed up for the Clear Ocean Pact, eliminating single-use plastics and microplastic pollution on board, and reducing energy use where possible. Speak to your Northrop & Johnson charter expert about the policies in place on board your preferred charter yacht, and join us in our carbon neutral efforts so that everyone can continue to enjoy the sights and scenery that you experience on your charter.

Healthy oceans play a vital role in yachting. After all, without them the yachting industry would not exist, but more importantly, our oceans are our planet’s life support. Not only do they regulate the global climate system, absorbing around 23% of annual CO2 emissions generated by human activity and more than 90% of the excess heat in the climate system, they are home to the world’s largest ecosystem. Nearly a million known marine species can be found in our oceans, all of which are threatened by heatwaves caused by record ocean heat levels. This is not only killing coral reefs around the world, but is having a devastating impact on the diversity of marine species found in the ocean. To put this into perspective, the degradation of marine life directly affects our health, as many essential pharmaceutical products are derived from unique types of marine bacteria. 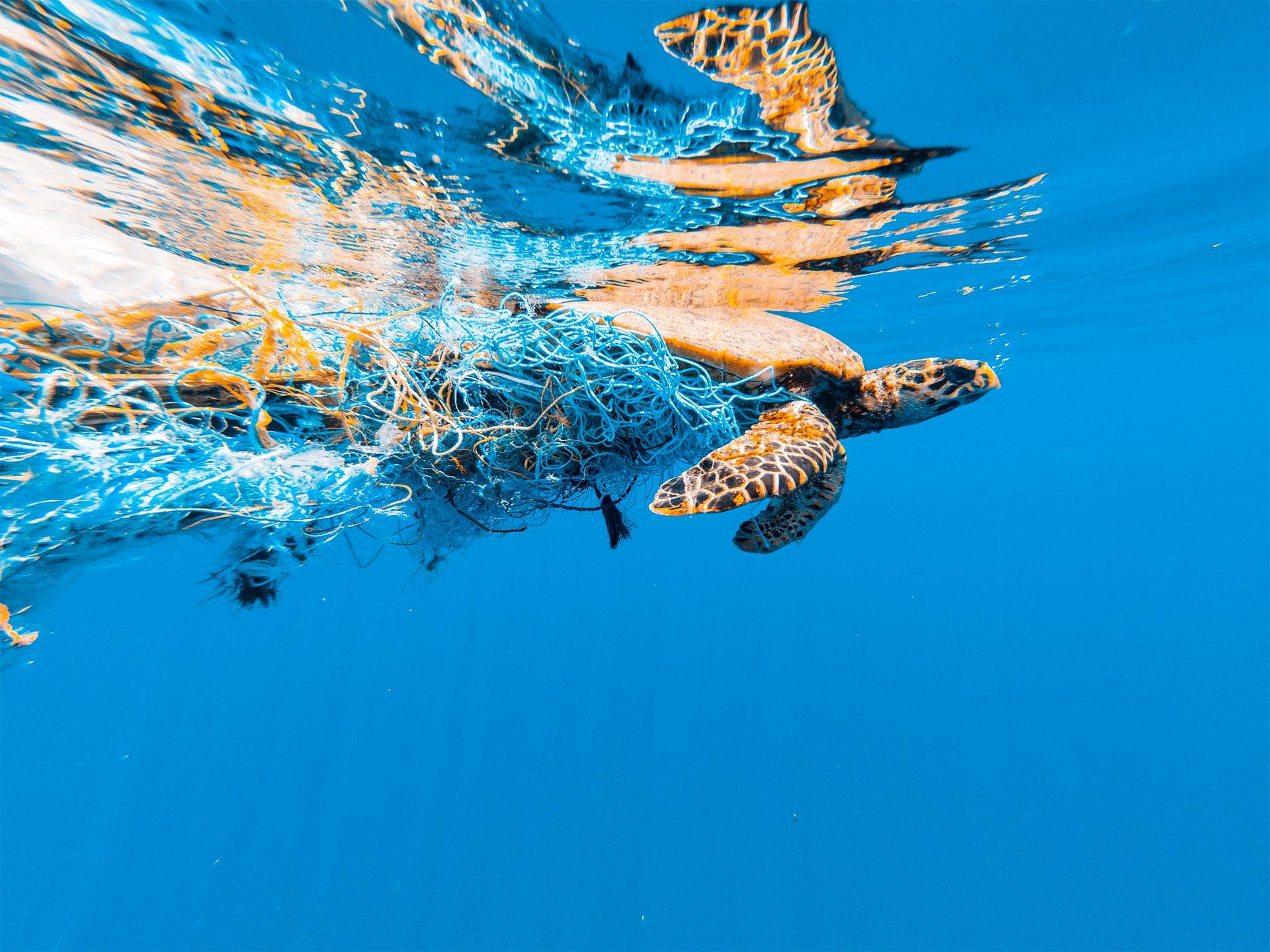 It is not just the global warming that is affecting the health of our oceans. The level of debris entering our oceans is increasing year-on-year, which has a major environmental and economic impact. Doing our part, Northrop & Johnson is working on a number of initiatives both within the organization and externally, to raise awareness with clients and the wider yachting community. We realize that if we want our clients to “go green” we need to practice what we preach.

Projecting our ecological conscience onto our clients indicates that we have an eco-friendly mindset, and rather than lip service, we are committed to making genuine changes—moving toward sustainability in a genuine way and encouraging the industry to follow suit. 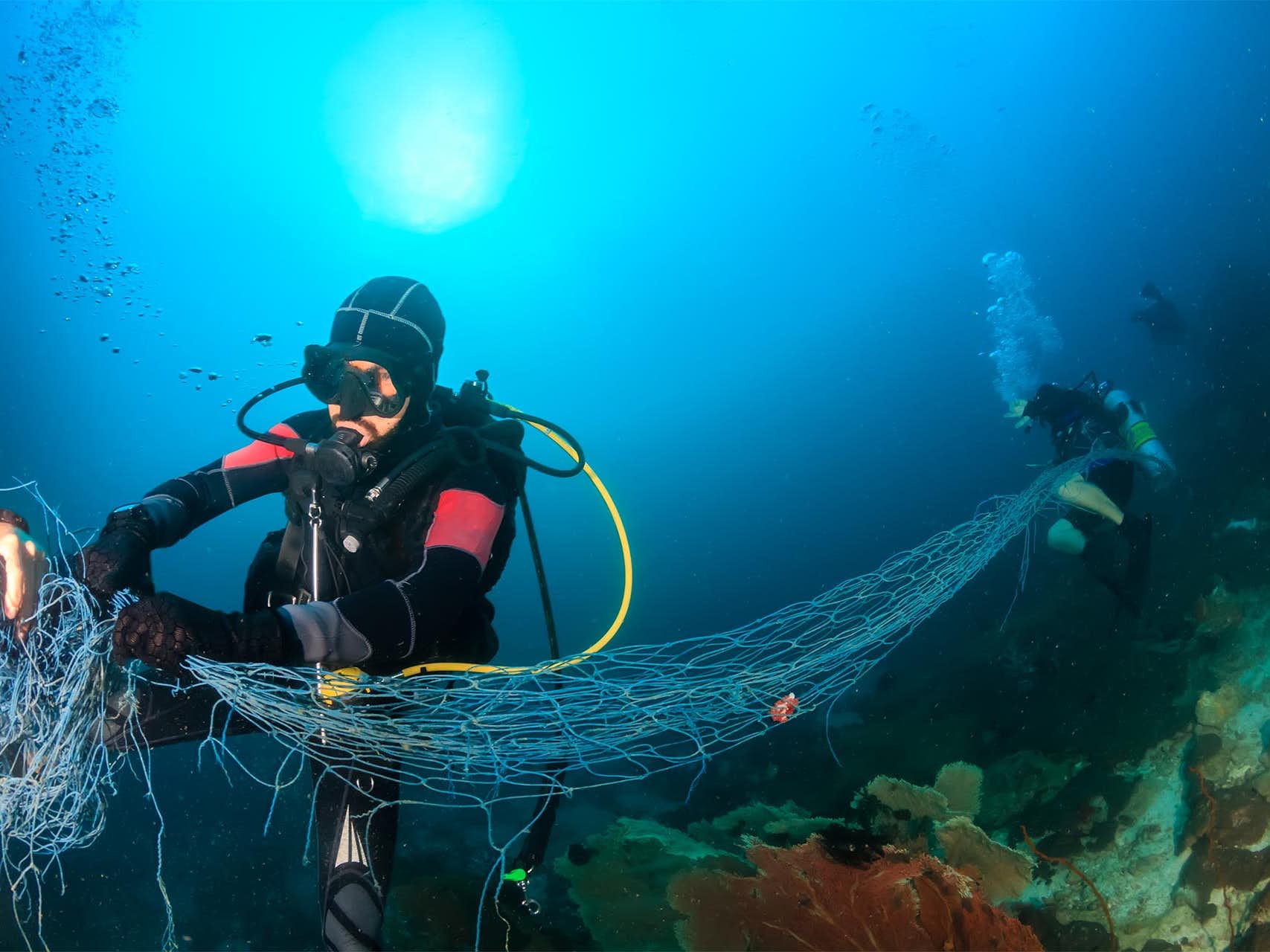 Our Push to become Carbon Neutral

By continually challenging the status quo in everything that we do, our teams are working hard to becoming carbon neutral, eliminating single-plastic use in all our offices and reducing waste in our everyday operations. However, there is always room for improvement, and we will continue to challenge ourselves in all these areas in order to protect our oceans.

On a more tangible level, Northrop & Johnson employees in the Fort Lauderdale office have committed to quarterly waterway clean up days, while the European offices have joined several local initiatives, including local beach clean ups.

The Future is in Our Hands

We are making thorough and wide-ranging progressive changes, both internally and externally, and committed to acting responsibly and making everything we do more sustainable. Our goal is to pave the way for a more ethical future for our oceans and in our own small way to build a better world for all of us. 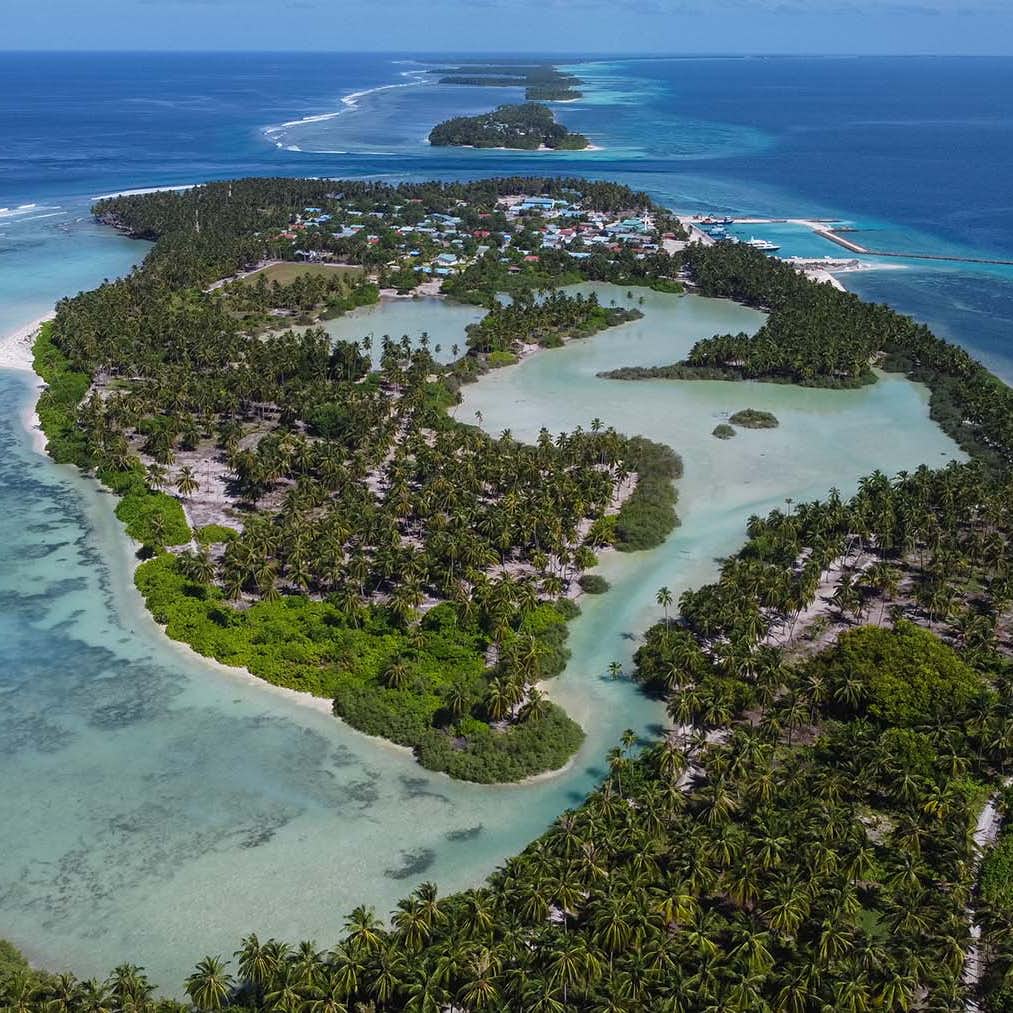 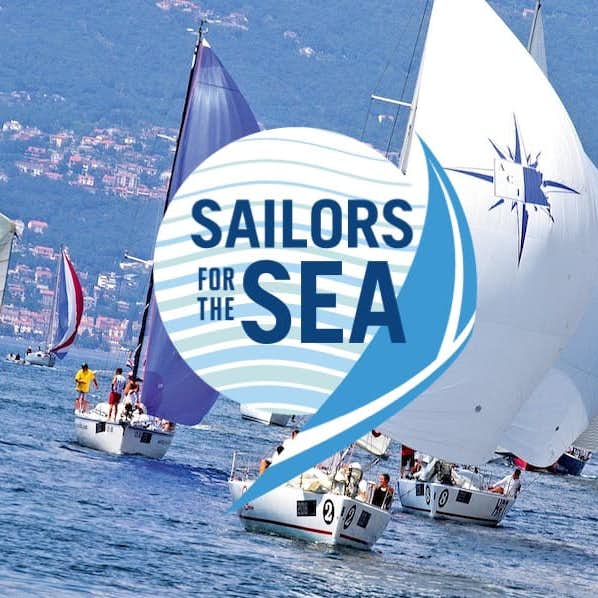 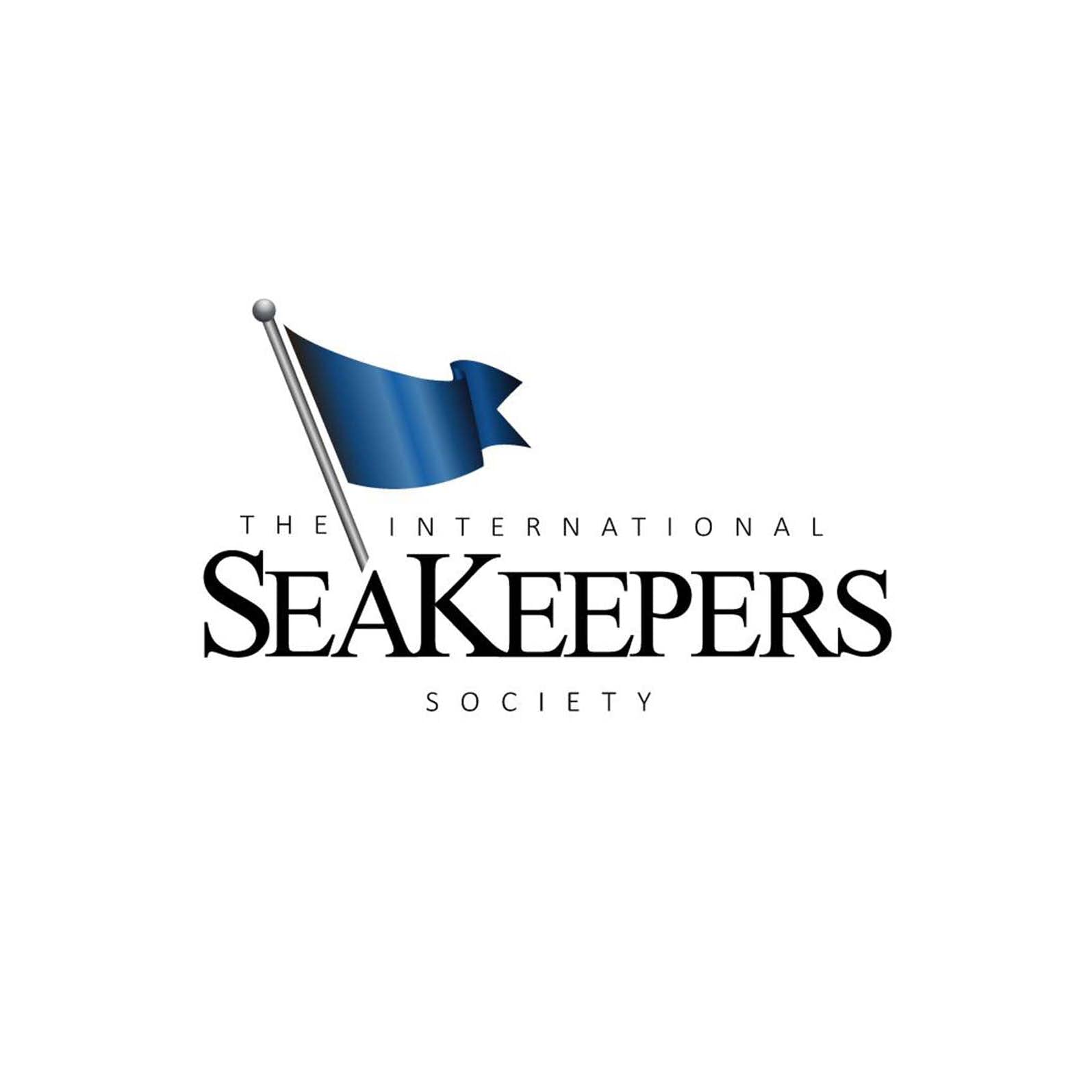 Turning the Tide With the International SeaKeepers Society 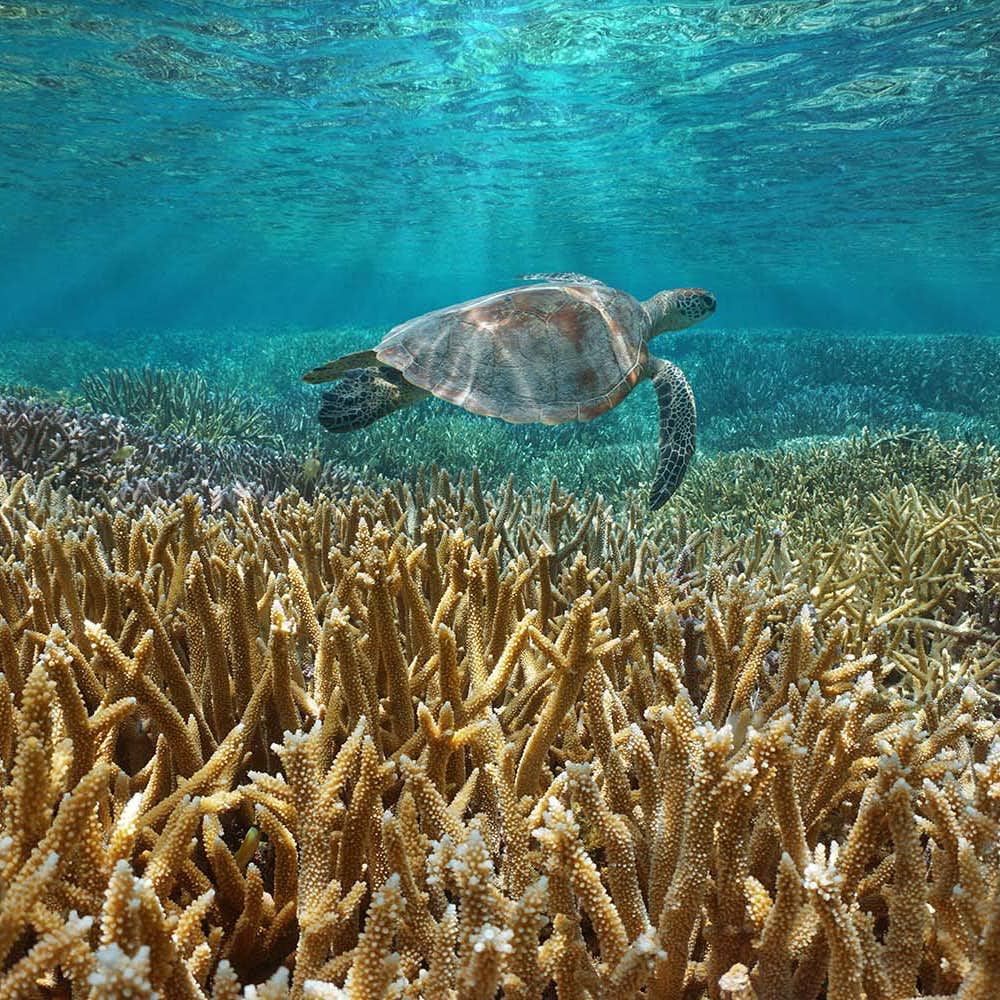 Leading the Way With YachtAid Global