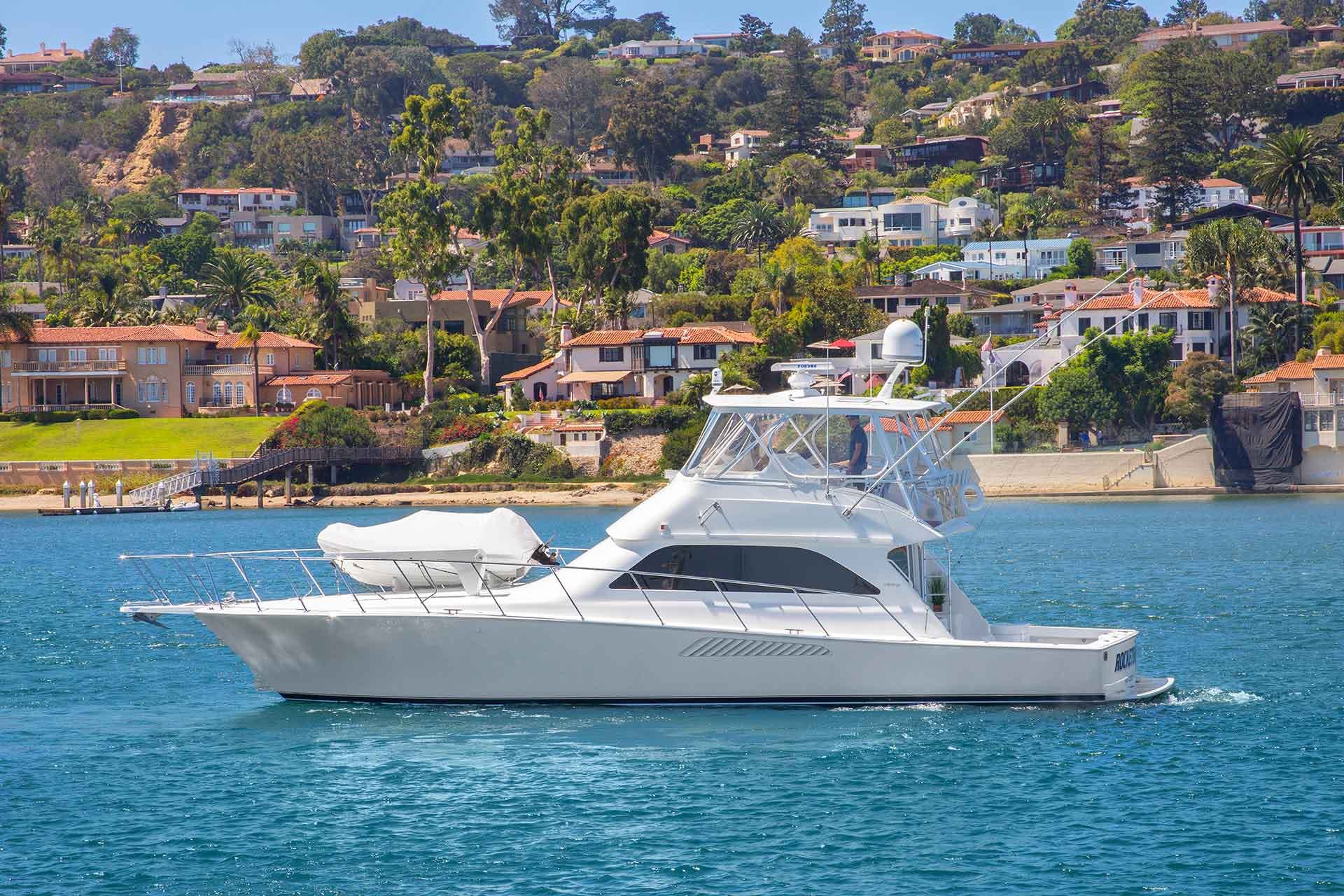 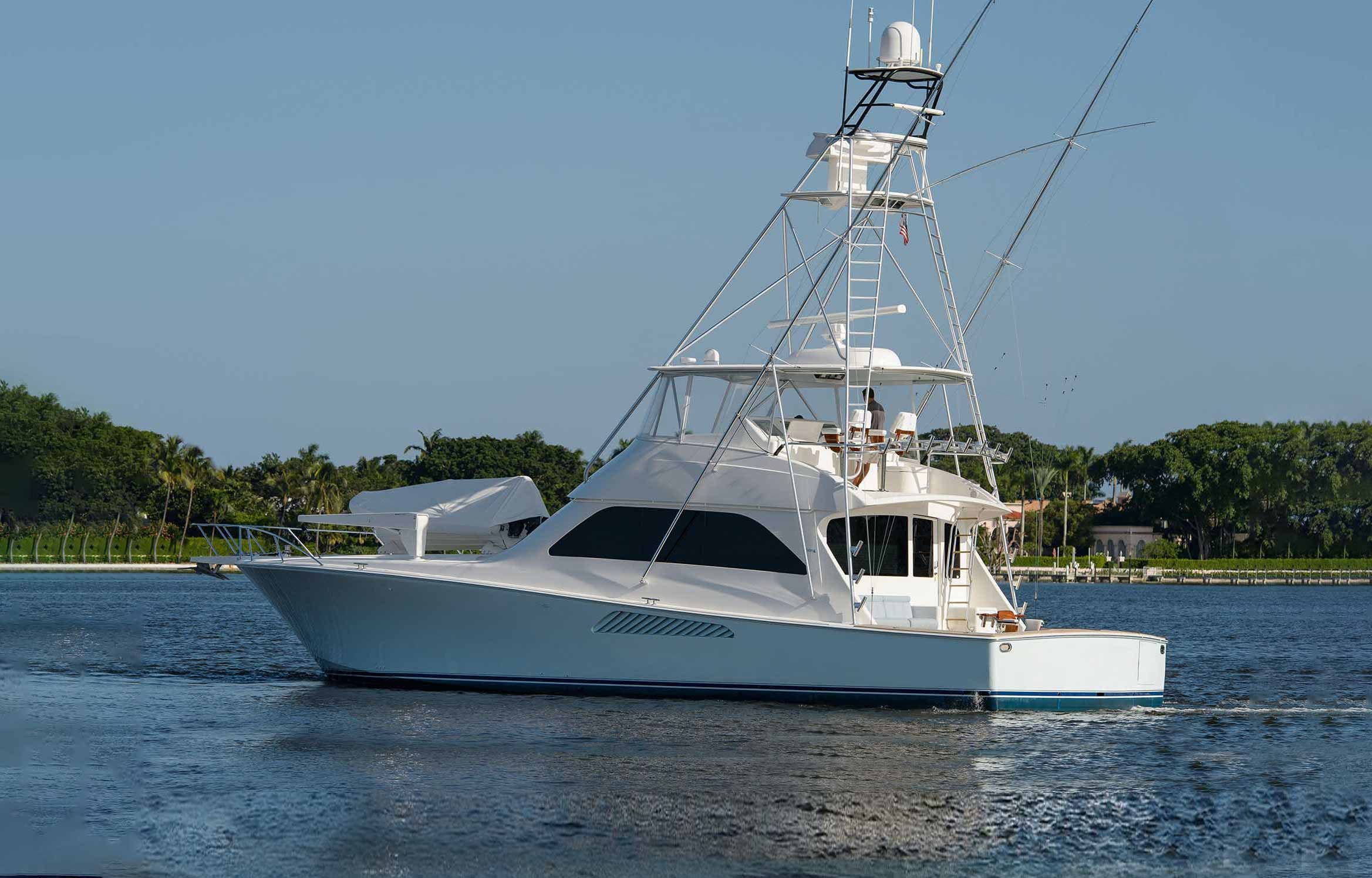 Viking Yachts is one of the most recognised nameplates in American yacht building and for valid reasons. The company was founded in 1964, when Bob and Bill Healey bought Peterson-Viking Builders, located in New Gretna, New Jersey, USA. Viking has celebrated over five decades in business, building luxurious and high performance sportfishing and cruising yachts. Viking Yachts has grown to become a world leader in semi-custom fiberglass yacht production with over 4,000 deliveries to its name since the late 1960’s. These quality convertible yachts, open yachts and motor yachts range from 37-feet(11.2m) to 92-feet(28m).

For over 50 years, the company has built a loyal database of customers for its cruising and sports fishing yachts. Viking’s ethos centers around high standards and quality construction, with values steeped in New Jersey boat-building traditions. Roughly 90 percent of all Viking components are made in-house and Viking also maintains a worldwide service network.

Viking Yachts was started by brothers Bob and Bill Healey in 1964 when they bought Peterson-Viking Builders, a very small builder of 37-foot (11.2m) wooden sport-fishing boats based in New Gretna, New Jersey, USA.

Viking moved into the large motor yacht market with the purchase of Gulfstar Yachts, an innovative West Florida-based builder whose designs at the time were considered among the most modern in the industry. The company furthered its reputation for engineering excellence and sophisticated design and, by 1990, Viking was offering a full line of convertibles and motor yachts.

In 2018, Viking stated that they had spent $48.5 million on R&D, design, engineering and tooling of all of their new models since 2014. A significant investment that has helped to keep Viking Yachts on the international stage.

Among the many honours the company has received is the CIGNA Recreational Marine Award for Excellence. Company President Bill Healey has also been admitted to the U.S. National Marine Manufacturers Association Hall of Fame.

A very popular American shipyard, Viking can truly be considered as a powerhouse of the yachting world – no one builds more enclosed sportfish yachts than they do.

Viking’s list of models includes open and closed bridge convertibles, sport yachts and motor yachts up to 90-feet (28m) in length. In 1972, the Viking 40-foot Convertible made its debut. It was a marketing success with over 600 40/41′ models sold over the next 16 years. Every Viking built since has shared this basic hull design, with evolutionary refinements being made to accommodate steadily increasing available horsepower and speed. In 1977, Viking built its first all-fiberglass model, the Viking 33′ Convertible.

In 1995, the Viking 60ft Cockpit Sportsyacht was awarded “Boat of the Year” by Boating magazine. This model was similar to the earlier model Viking 54 Sports Yacht (1994 – 2001) but had an extended cockpit. The larger cockpit allowed for greater versatility and provided around 70 square feet of space. The 60-footer was big enough to also provide a good swimming and diving platform, making the boarding process a whole lot easier. The yacht was built on an easily driven modified-V hull with a solid fiberglass bottom and a shallow keel. The model has a three-cabin teak interior and a spacious salon. The aft cabin is huge with excellent storage and nearby access to the standup engine room. The aft-deck, at almost 200 square feet, can be fully enclosed as can the flybridge. This was the last model Viking produced until 2018.

Another notable model was the Viking 93 sport yacht, where Viking applied the performance and quality of the sport fisher to a cruising motor yacht. Michael Peters Yacht Design worked with Viking for the styling, space planning and hull design. This was the biggest yacht built by Viking and, in 2014, the cruising yacht market had strong growth in the US, which Viking were able to capitalise on. This 93-foot (28.5m) high-performance sportfisher has a cruising speed between 21 and 24 knots. Inside, on the main deck aft, there is bountiful U-shaped seating that wraps around the transom and the accompanying twin tables unfold to create one large banquet table. The interior design is warm and comfortable, with walnut wood, thick carpeting, and soft, tactile fabrics. In the country-kitchen style galley, there is a dinette and an island bar. The design ethos is ‘bigger is better’ when it comes to onboard amenities such as saloons, decks, televisions and refrigerators. The master suite, with its own private entrance, is full beam and has a king-sized bed facing a 65-inch television, it’s ensuite and has a walk-in wardrobe. Both the main and bridge decks feature opening glass doors leading to the aft decks, which make for big indoor-outdoor spaces on both levels. One of the other highlights is the balcony – hydraulic sliding glass doors open on the starboard side of the main saloon next to the dining area, and the bulwark unfolds hydraulically and the foredeck hosts another al fresco lounge.

In 2018, the second generation of the Viking 58 was also announced. Viking’s “Gen II” 58 C was designed to be the best high-performing family cruising yacht in its class. Viking incorporates innovative design and performance features that include powder-coated engine beds to reduce vibration, a special ventilation system to lower engine room moisture, and noise and underwater exhaust systems.