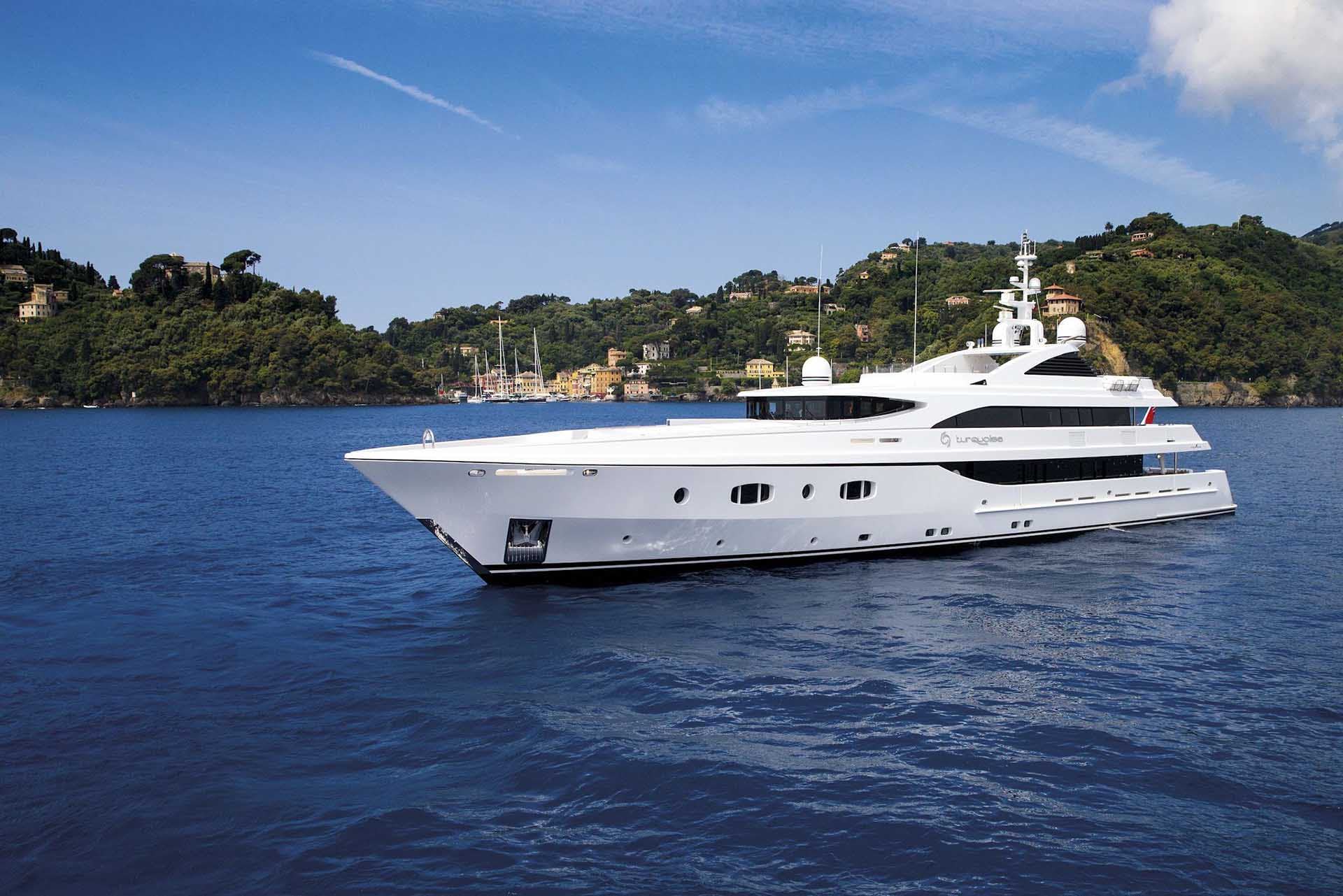 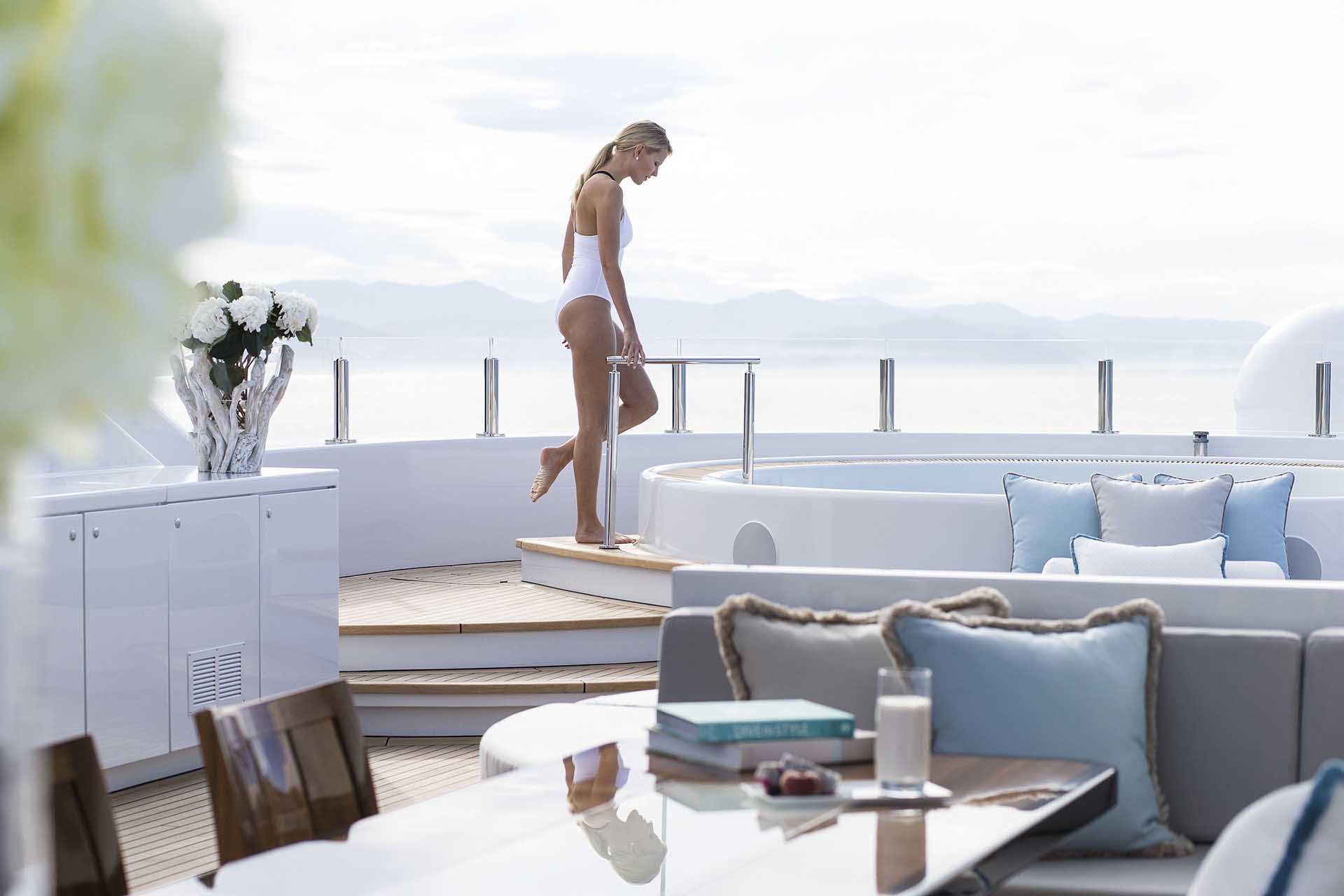 Turquoise, also formerly known as Proteksan Turquoise, builds custom motor and sailing superyachts and is headquartered in Istanbul, Turkey, where the company has two shipyards located on the outskirts of the city – one in Pendik and the other in Kocaeli.

Located in the heart of the Mediterranean, Turquoise benefits from state-of-the-art engineering facilities and marries 20 years of yacht building experience with a rich cultural heritage of artisanal skill and craftsmanship. The shipyard prides itself on its expert in-house workforce and commitment to sustainable development, and has a philosophy of evolution and pushing the boundaries of innovation. Turquoise also welcomes refit work on vessels built at other shipyards and can expertly handle anything from small maintenance tasks to complete rebuilds.

The Pendik shipyard has direct access to the Sea of Marmara, ideal for initial sea trials and to transport yachts between the two yards. Turquoise also has a 217-foot (66m) floating dock capable of lifting and transporting vessels of up to 2,500 tons.

Furthermore, Turquoise has an in-house naval architecture and design team offering the development of specifications, layout plans, and detailed 3D modeling right through to the final engineering. In addition to H2 Yacht Design, Turquoise regularly collaborates with several other world-renowned yacht designers such as Nuvolari Lenard, Philippe Briand/Vitruvius Yachts and Winch Design.

The history of Turquoise Yachts goes back to the 1970’s, with the building of Turkey’s first superyachts under the brands of Proteksan Yachts Inc. and Turquoise Yacht Construction, two leaders of the Turkish boat-building industry.

In 1997, Turquoise Yachts was established as ‘Turquoise’ by Mehmet Karabeyoglu. The first real game changer for Turquoise was the launch of MOSAIQUE in 2001. This 164-foot (50m) motor yacht demonstrated a dedication to craftsmanship that had not been seen before. A string of highly successful and notable superyacht builds were to follow, including vessels such as ODESSA, SEQUEL P, TURQUOISE and VICKY.

In 2014, Dr. Mohammed Al Barwani (who has owned the Dutch shipyard OceanCo since 2010), became the majority shareholder of Turquoise Yachts and focused the yard’s efforts on the construction of superyachts between 131 and 295 foot (40 and 90m) in length. Turquoise Yachts and OceanCo are run completely independently of one another, with each catering to its own strengths and market sector.

During 2019 there were multiple changes in management at Turquoise Yachts, all part of the shipyard’s plan to expand and increase productivity. The company’s original Founder, Mehmet Karabeyoglu, stepped down as CEO but continues to be involved as a member on the Board of Directors. Patrik von Sydow became the CEO, having previously managed several engineering companies specializing in both commercial and private luxury yachts, and automotive manufacturing.

Turquoise continues its undertaking in the build of luxury superyachts and is widely regarded as the greatest shipyard in Turkey.

Among this shipyard’s most recognized builds are yachts such as MOSAIQUE, a 164-foot (50m) motor yacht launched in 2001, which was built to a design by Dubois Naval Architects and featured an interior by Donald Starkey/Kristina Ferrand. There is also the 175-foot (53.4m) PETARA, built in 2002 with exterior design by Tanju Kalaycioglu and with an interior designed by Celeste Dell’Anna Design and, in 2012, came the 108-foot (33m) sailing yacht SIMBA, designed by Andre Hoek.

TURQUOISE, the 164-foot (50m) flagship delivered in 2011, was refitted extensively in 2014 by H2 Yacht Design. Following her success, 20 other megayachts ranging from 131 to 253 feet (40 to 77m) in length have been delivered, and global offices have been opened in Monaco and Fort Lauderdale.

Since 2014, when Dr. Mohammed Al Barwani became the majority shareholder, Turquoise has focused on construction of superyachts between 131 and 295 foot (40 and 90m) in length.
The most recent addition to the fleet came during 2018 in the guise of motor yacht GO, which was designed by H2 Yacht Design and is an evolution of her predecessor, VICKY, with the addition of many lifestyle amenities such as a 16-foot (5m) pool, a private owner’s deck with Jacuzzi, plus two luxury tenders.

Making use of both the space and labor force that a two-yard enterprise offers, Turquoise Yachts plans to deliver a superyacht every year. The hulls and superstructures produced by Turquoise are extremely customizable, including the stern design, bulwarks and other main styling features.