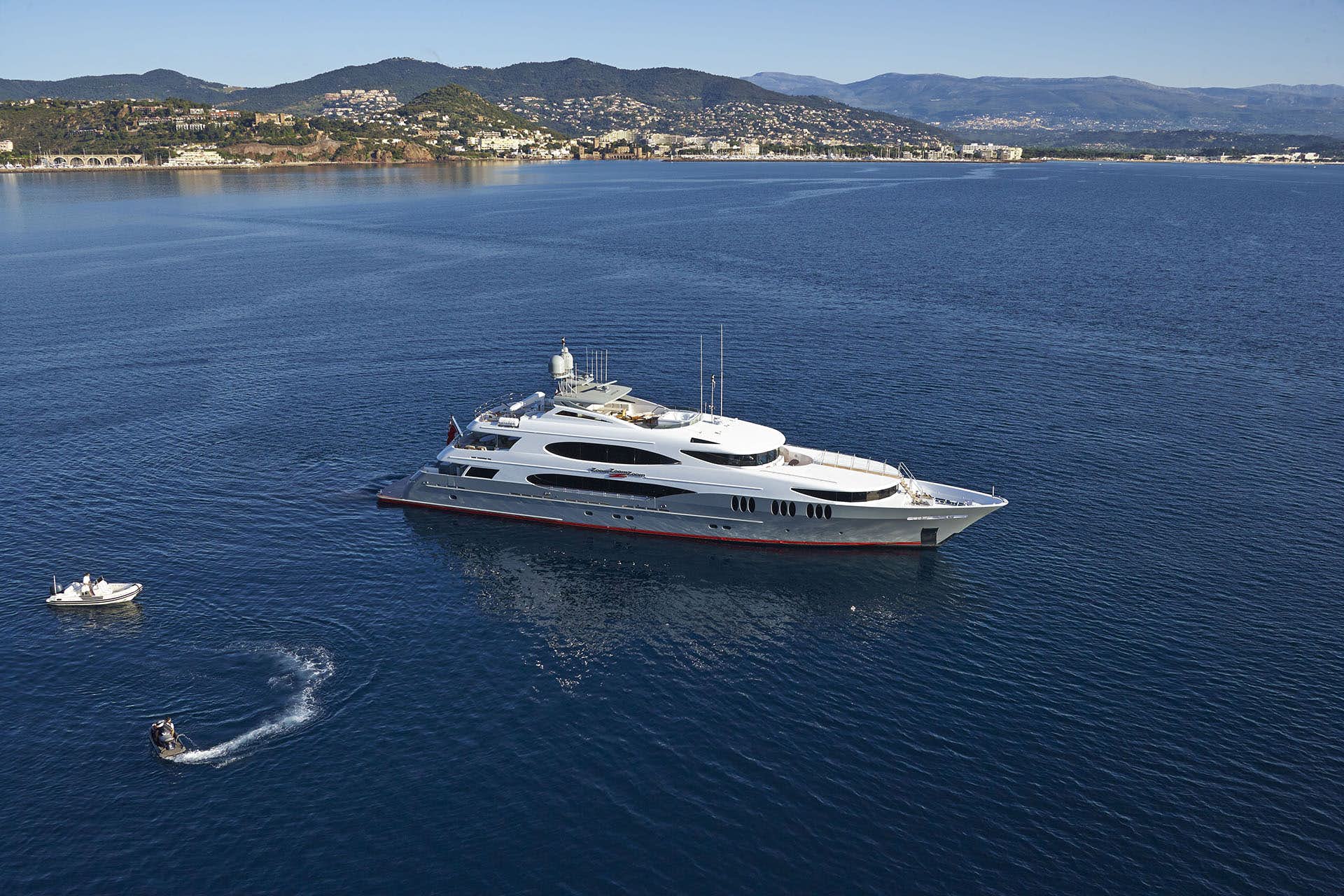 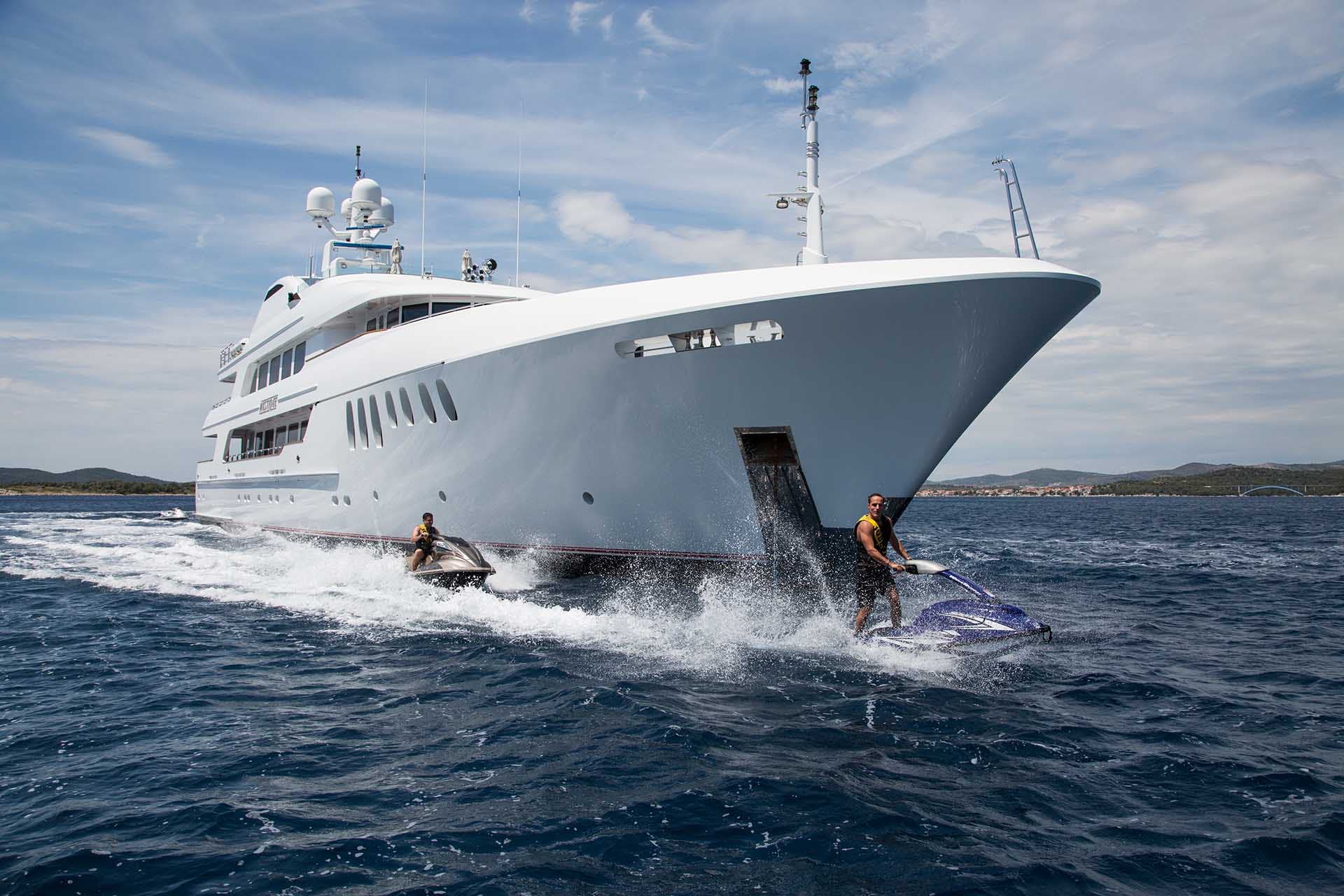 Operating shipyards in New Orleans, Louisiana, and Gulfport in Mississippi, Trinity Yachts is an American luxury motor yacht builder constructing superyachts in aluminum and steel up to 403-feet (123m) in length.

Trinity Yachts was founded in 1988 by John Dane III, an Olympic sailor who went to work for Halter Marine with a vision to expand the shipyard’s operations into the luxury motor yacht sector. Halter Marine, which is a commercial and military shipyard in New Orleans, remains one of Trinity’s two facilities. In 2000, Trinity Yachts was acquired by Dane along with partners Billy Smith and Felix Sabates, owner of Victory Lane Enterprises.

Trinity’s specializations overall are: state-of-the-art construction, superior engineering, technology, refits, and the expertise of their staff. In addition to these core capabilities, Trinity can also offer customers examples of designs from their Victory Lane Series and the new Global Explorer Series of motor yachts, all produced by their in-house naval architects and engineers, and offered in various sizes, with customization to the owner’s specific requirements.

Trinity Yachts’ roots lie in Halter Marine, the commercial and military shipyard in New Orleans, which is still one of the builder’s two facilities. In the 1970s, Olympic sailor John Dane III went to work for Halter Marine and founded Trinity Yachts in 1988, in order to expand the shipyard’s operations to encompass luxury motor yachts. Twelve years later, Dane joined forces with two business partners: Billy Smith and Felix Sabates.

The shipyard was highly successful, attracting owners from all over the world, including – thanks to Sabates’ influence – many involved in high-profile motorsports. In the early 2000’s, Trinity’s order book of superyacht projects was in the double digits. Despite the devastation wreaked on the New Orleans shipyard by Hurricane Katrina in 2005, which led to the opening of the Gulfport facility and the global economic downturn of 2008, Trinity Yachts continues to be one of the leading superyacht builders in the U.S. today.

In 2011, Trinity turned to its original roots to ride-out the global economic downturn – the company diversified and was able to secure contracts from the military, commercial offshore sector and commercial inland. These contracts enabled Trinity to retain most of their highly-skilled workforce and kept the operation going until contracts for new yachts picked up. They built six 90-foot, 45-knot fast patrol vessels for the State of Kuwait and a new generation of offshore supply vessels deployed in the Gulf of Mexico that included four, 302-foot by 64-foot diesel-electric, dual-fuel vessels.

Trinity has been recognized as one of the most elite builders of custom superyachts in the United States.

The average superyacht delivered by the yard is 160 feet (49m) in length and 545 GT. One of their most notable launches was the 164-foot (50m) motor yacht MINE GAMES in 2007; built with both with an aluminum hull and superstructure. Trinity’s in-house team developed the naval architecture for the yacht, which featured an elegant interior design by Patrick Knowles and, at least for a time, a personal submersible mounted to her watersports platform.

The quad-deck, 239.5- foot (73m) motor yacht NEW HORIZON, one of the largest luxury yachts to be built in the USA at the time, was delivered by Trinity in 2012. Similarly to MINE GAMES, her naval architecture was handled in house, while Evan Marshall created her interior styling. Built to ABS class in steel and aluminum, she was a significant milestone for the yard. She is MCA compliant, accommodates 12 guests in six staterooms and her twin 2,626hp Caterpillar engines give her a range of 6,000 nautical miles at 13 knots.

Currently, Trinity provides customers the ability to build a custom yacht to any design in any size, up to 400-feet, that fulfills their unique yachting desires. Extremely luxurious, each Trinity is a personal cruise ship and with every yacht they deliver.