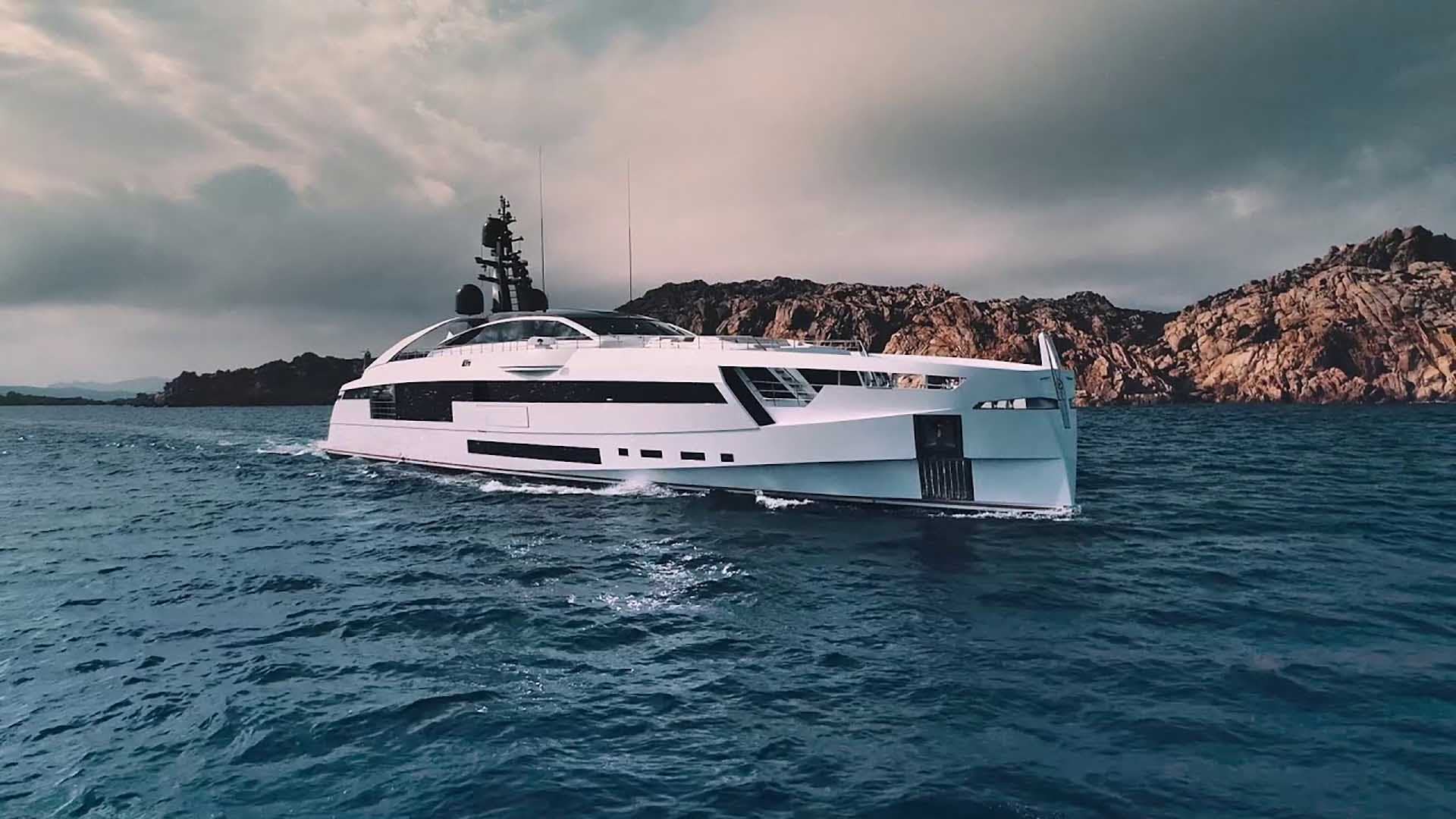 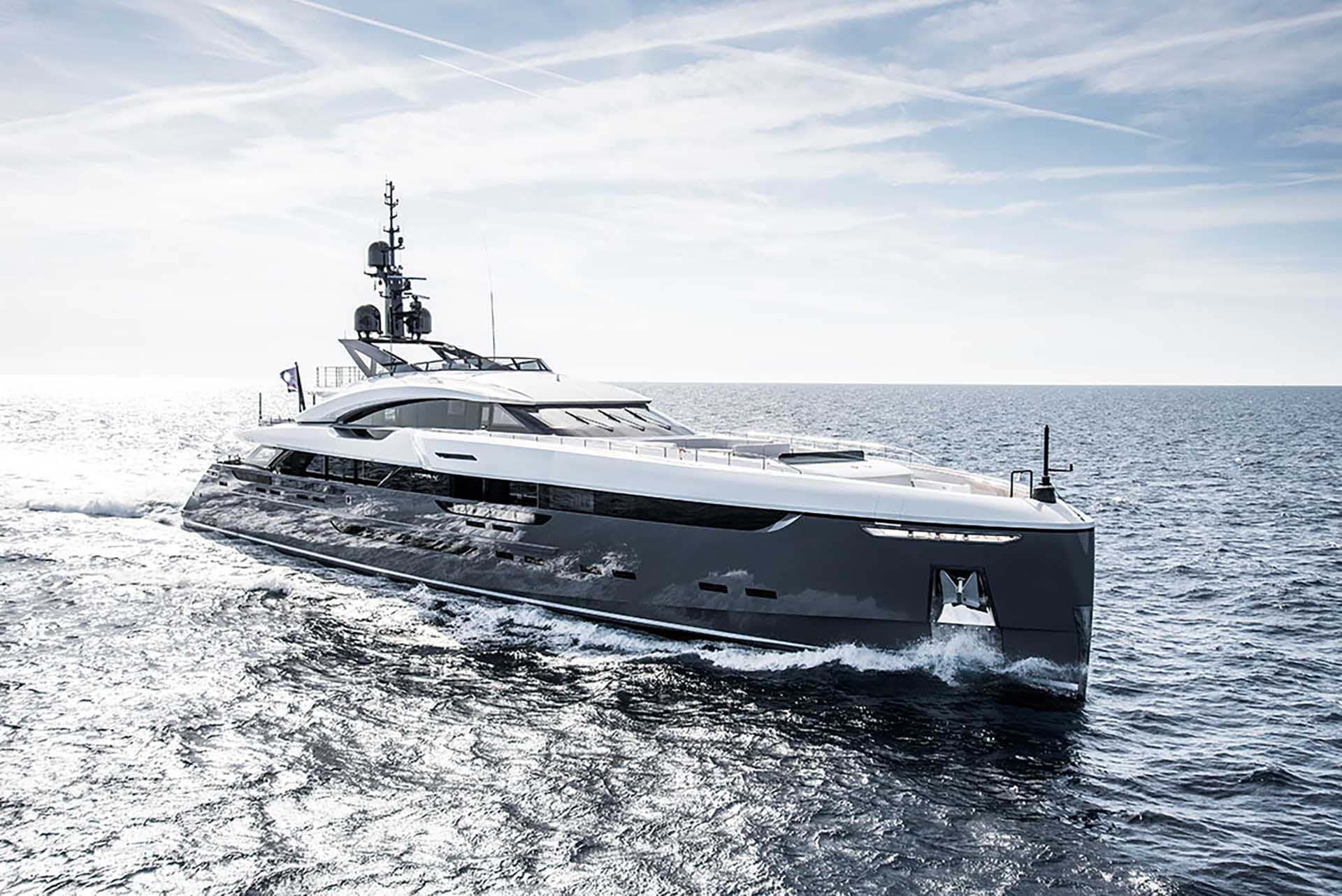 Founded in 2007, Rossinavi is a luxury yacht builder of steel and aluminum custom superyachts from 91 feet (28m) and upwards, based at the Rossi shipyard in Viareggio, north western Italy.

The original Rossi shipyard dates back to the 1970s, founded by Claudio and Paride Rossi with a focus on carpentry and mechanics. The family’s history of expert knowledge in these fields placed them at the cutting edge of construction and concepts.

Rossinavi specialises in aluminum and steel construction and each yacht is made of individual one-off parts. The superyacht builder sources all materials from approved and certified suppliers to ensure quality. All accessories, from handrails and ceiling equipment to deck access stairways, are made of steel. All components, including launching systems, shutters and balconies are also made in-house.

In its fleet, Rossinavi now has around 20 superyachts and often several yachts are under construction at any one time. The yard has delivered award-winning yachts such as HIGH POWER III and UTOPIA IV. In recent years, Rossinavi formed two collaborations, one of which is with Italian automotive brand Pinifarini to facilitate inspiration from the brand’s sports cars and the second is with Camper & Nicholsons International and Fulvio de Simoni Yacht Design, to create a new ‘infinity series’ of yachts.

The company is built on generations of Cantiere Fratelli Rossi family history and their passion for all things nautical. Claudio and Paride Rossi founded the original shipyard in the 1970’s with a focus on carpentry and mechanics. The family’s history of expert knowledge in these fields placed them at the cutting edge of construction and concepts.

The company, then named Cantiere Navale Fratelli Rossi, began building inland and coastal vessels in the 1980s as a subcontractor to several of the world’s leading superyacht builders. By 1992, the company was employing 15 people and in 2007, it acquired the Rossinavi brand and began building superyachts under that nameplate; combining old styles with new and aiming to make their clients’ vision a reality via both innovation and tradition.

The company has recently taken innovative direction from two collaborations, one of which is with Italian automotive brand Pinifarini. Under Federico Rossi, the Italian Chief Operating Officer of Rossinavi, the shipyard takes design inspiration from the brand’s sports cars and aims to translate their sleek and fast lines into their new-model superyachts.

The second collaboration is with Camper & Nicholsons International and Fulvio de Simoni Yacht Design, and four new superyacht models called the infinity series are in development.

Rossinavi is a luxury yacht builder of steel and aluminum custom superyachts from 91 feet (28m) and upwards.

Rossinavi now has around 20 superyachts in its fleet and notable builds include the 177-foot (54m) SOUTH. Delivered in 2008, this was the first yacht made entirely by the yard and is a displacement vessel with a steel hull and marine-grade aluminum superstructure designed by the architect Alessandro Cusumano. The 140,000-litre fuel capacity and 19,000 litre fresh water capacity of this motor yacht make her an ocean-worthy vessel capable of extended passages.

In 2017, the Aurea 70 was the first model to be born of a collaboration with Italian automotive brand Pinifarini. Two further models have been developed since: the Super Sport 65 and Super Sport 50. The concepts focus on connecting the bow to the stern with a single line, whilst adding fluid, sporting features. The automotive reference to the world-famous Gran Turismo is evident, particularly in the upper deck, which resembles the design and proportion of such sports cars while still guaranteeing large spaces for outdoor entertainment. Rossinavi unveiled its Super Sport 65 superyacht concept together with Pininfarina at the 2019 Fort Lauderdale International Boat Show.

Recently, the shipyard has partnered with Camper & Nicholsons International and Fulvio de Simoni Yacht Design to create a new line of four superyacht models called the infinity series that target the north and south American markets. These high performance yachts have a sporty concept that starts from a simple sharp line that connects two windows; one looking out into the horizon and the other one pointing towards the bow into the beach club and owner’s entertaining area. The models range from 138-feet to 226-feet (42 and 69m) in length.