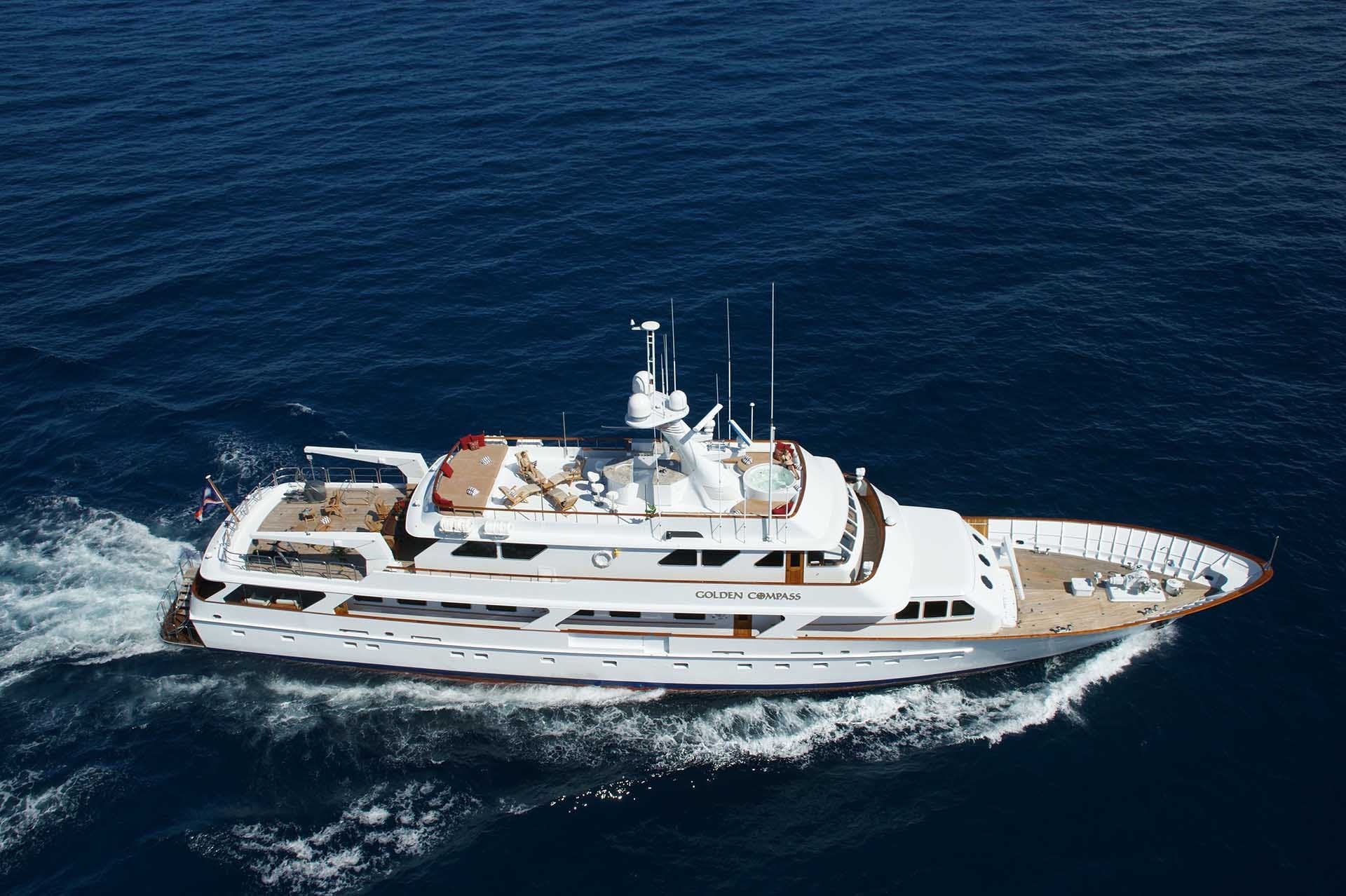 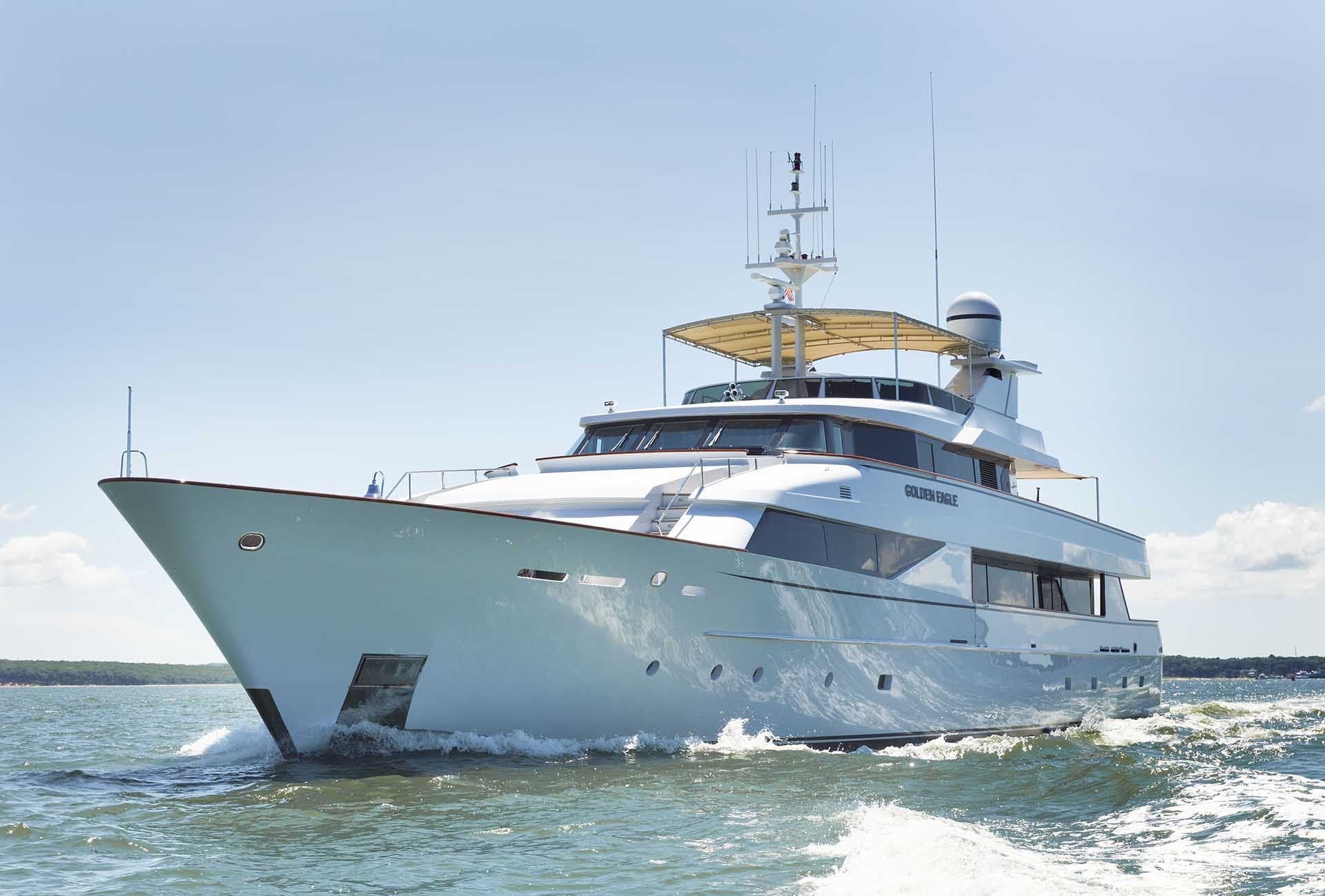 The Picchiotti shipyard was originally founded in 1600 for the construction of commercial and military vessels. Over the centuries, the yard helped to pioneer the concept of the recreational motor boat and also became known for its luxury yachts.

Acquired by the Perini Navi Group in the early 1990’s, today Picchiotti is the motor yacht division of this notable Italian shipyard that’s perhaps best known for its sailing superyachts. Located in La Spezia, Italy, since 2010, Picchiotti builds custom and semi-custom motor yachts up to 246-foot (75m).

The Perini Navi Group has a reputation for innovation and the yard seeks to continue its pioneering personality seeking out the latest technology, engineering possibilities and design. Perini Navi has been a global leader in the design and construction of luxury sailing and motor yachts for over 35 years.
Today, the Perini Navi Group is a crucial part of the Italian yachting industry. The La Spezia shipyard has three 230-foot (70m) hangars and two 164-foot (50m) piers, and is also the site of Perini Navi’s refit and repair department.

Since the 1600’s Picchiotti has been constructing commercial and military vessels, originally operating out of Limite sull’Arno in Italy.

In addition to these commercial and military vessels, Picchiotti gained a growing reputation as a luxury yacht builder, and helped to pioneer the concept of recreational motor boats.

Picchiotti was acquired by the Perini Navi Group in the early 1990’s, enabling the sailing superyacht brand to offer motor yacht builds. Perini Navi itself was founded in 1983 by Fabio Perini, who pioneered automation and furling systems in large sailing yachts

In 2007, Perini Navi relaunched the Picchiotti shipyard and presented a series of new luxury motor yachts, designed in a collaboration between the naval architect Philippe Briand and Vitruvius Ltd, and marketed under the Picchiotti Vitruvius brand name.

In May 2017, Perini Group founder and CEO Fabio Perini opened the share capital of Perini Navi to a new investor. In came Fenix Srl, the holding company of Italy’s Tabacchi family, and this paved the way for many strategic developments. In order to grow the status of the Perini Navi name and its market share, the group’s two brands were merged into one. The motor yachts which were previously built under the Picchiotti header are now sold, built and operated under the same Perini Navi emblem as their sailing sisters.

Picchiotti has been located in La Spezia, Italy, since 2010.

The Perini Navi Group specialises in the design and construction of superyachts in aluminium and steel, as well as refit and service work.

Quality lies at the core of the brand’s philosophy. Vessels are built to the highest standards and are known to be extremely seaworthy.

The Picchiotti motor yachts are intended as go-anywhere passagemakers, capable of roaming the world for weeks at a time. Described by the group as ‘rugged and reliable’, they are engineered to perform as long-range explorers in perfect harmony with the marine environment.

One of Picchiotti’s most notable builds came in 2010, in the guise of 164-foot (50m) EXUMA. This yacht was built in aluminum and features a dramatic exterior styling that won her several awards.EXUMA has a top speed of 16 knots and superyacht has a cruising range of 4,500nm at an economical 12-knot cruising speed. EXUMA accommodates up to nine guests along with a complement of nine crew members.

The yard’s flagship remains the 240-foot (73m) GRACE E. This steel-hulled superyacht was delivered in 2014 and was also designed by Philippe Briand. GRACE E has an impressive 7,500nm range and burns 15 percent less fuel than comparable diesel-powered yachts. GRACE E (now named Nautilus) has an interior by Remi Tessier.