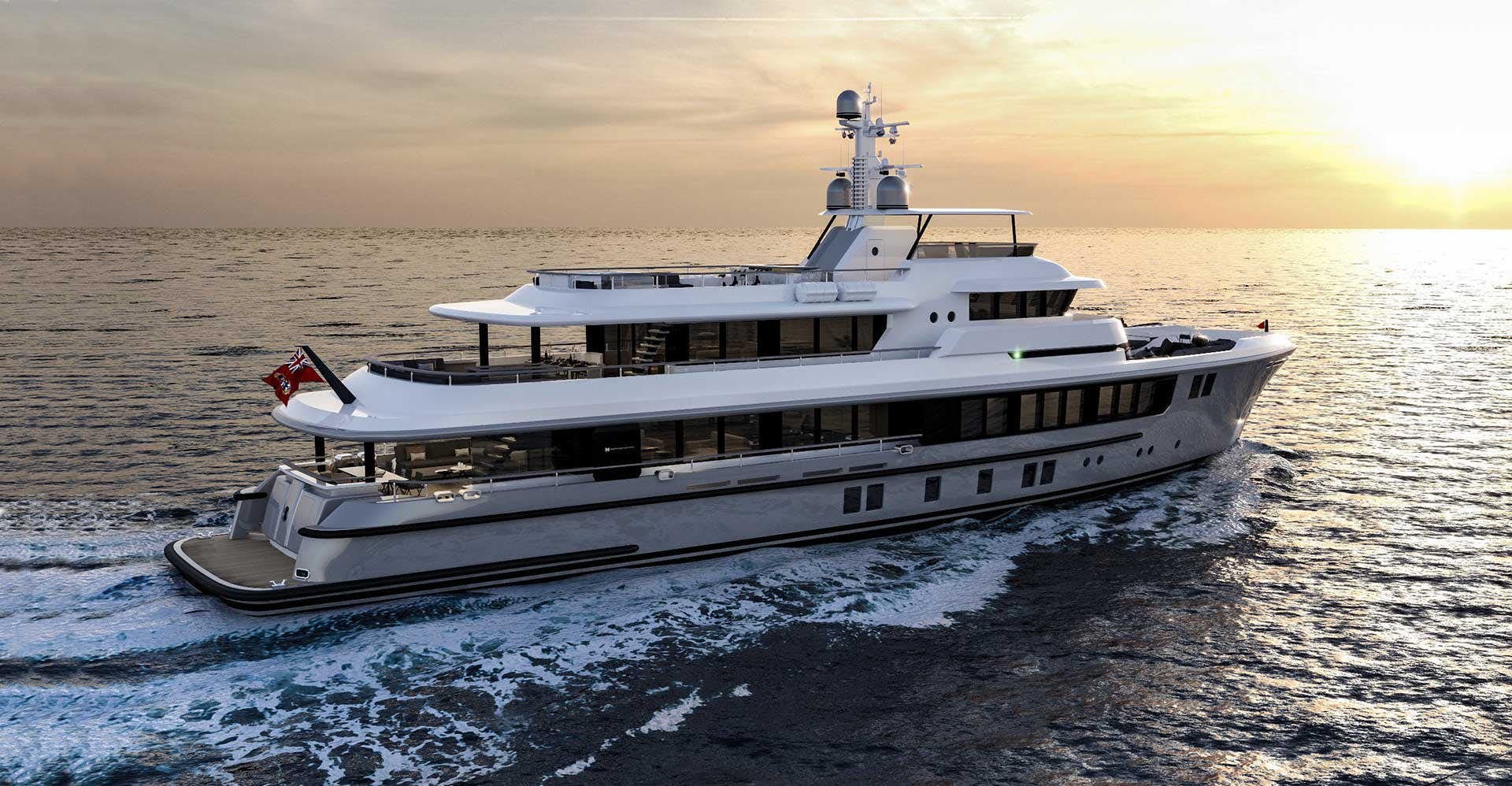 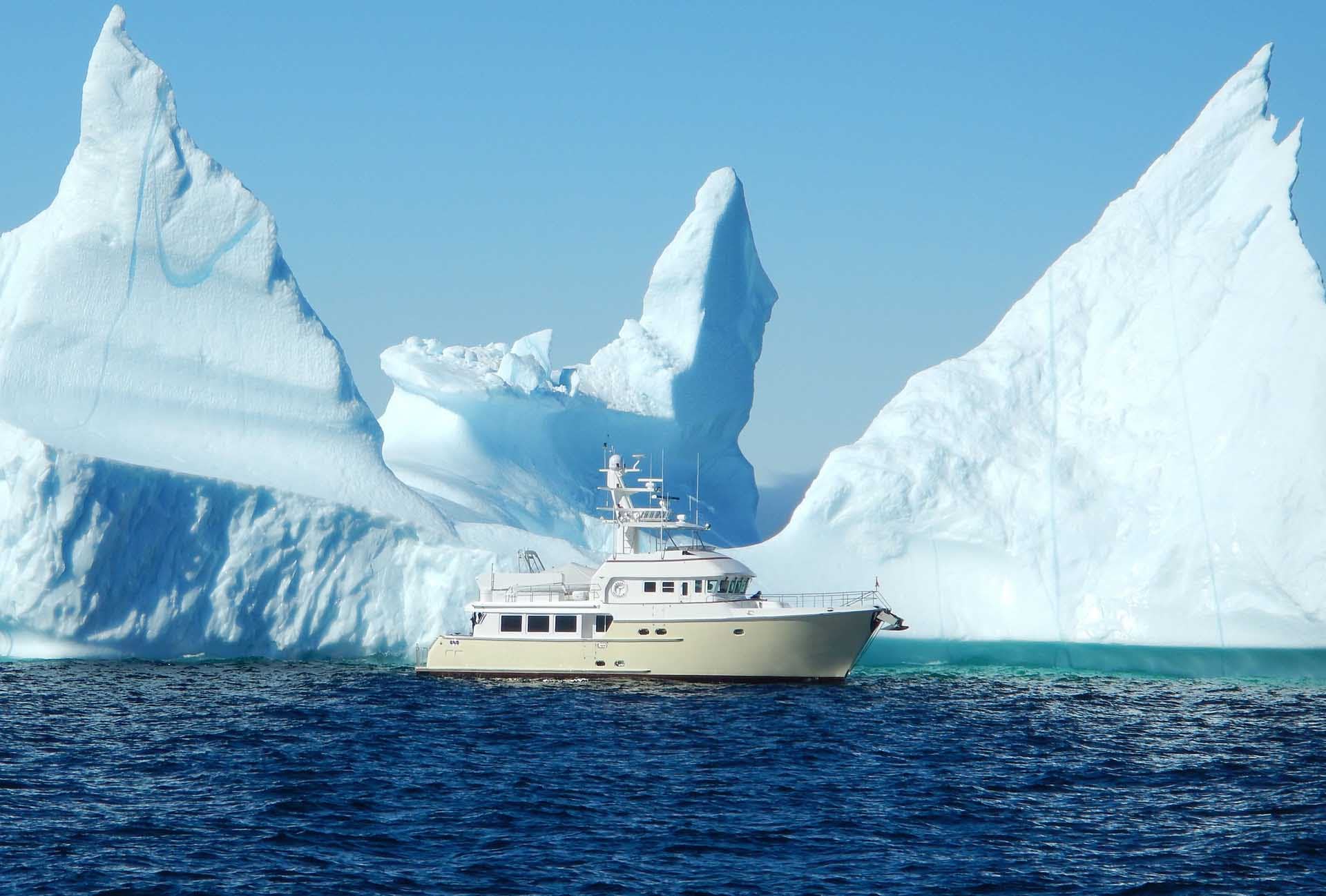 Originally a small yacht brokerage and import company headquartered in Dana Point, California back in 1974, today, the shipyard is a luxury yacht builder specialising in oceangoing passage-makers.

The original brokerage company, Pan Asian Enterprises (PAE), was founded by Jim Leishman, Dan Street and Joe Meglen and embraced the importation of CT boats from Taiwan. In 1976, PAE began importing another line of boats from Taiwan called the Transpac 49. Over an eight-year period, the company imported, sold and delivered 35 Transpacs.

When the time was right to develop their own models, PAE began with sailing yachts in the late 1970s, forming a relationship with new Taiwanese shipyard Ta Shing Yacht Building.

In 1988, as the sailing yacht market was declining, PAE embarked on a 46-foot (14m) motor yacht project designed by Jeff Leishman, Jim’s brother. Because its style and look was reminiscent of North Sea fishing trawlers, the name Nordhavn (Norwegian for North Harbor) was chosen for this new design. Nordhavn is the ongoing trading name of Pacific Asian Enterprises, Inc.

The shipyard overall has a global team of around 90 employees and currently offers 17 designs from 39 to 120 foot (12 to 36.5m). Nordhavn is also known for its loyal customers and regular rendezvous for owners.

The origins of Nordhavn date back to 1974, and a small yacht brokerage and import company headquartered in Dana Point, California. The shipyard grew out of a brokerage company founded by Jim Leishman, Dan Street and Joe Meglen. The business originally comprised of a general yacht brokerage and the importation of CT boats from Taiwan. The brokerage and import company was known as Pan Asian Enterprises (PAE) and, in 1976, PAE added another line of boats called the Transpac 49. These were also imported from Taiwan and, between 1976 and 1984, the company imported, sold and delivered 35 of these.

In 2018, Nordhavn announced it would be collaborating with the renowned Dutch design firm Vripack on the creation of fresh, modern interiors for its Nordhavn 80 model to serve the diverse styles and tastes of contemporary buyers.

In 2020 the shipyard announced it is building their largest yacht yet, this being a new 148-foot (45m) project. The Nordhavn 148 expedition superyacht, known as N148 will be able to take on the most extreme cruising itinerary, and is the latest collaboration between Nordhavn and Vripack.

Today, Nordhavn’s specialism is in oceangoing passage-makers that can cross any ocean in safety, luxury and comfort.

Nordhavn superyachts are designed to cross any ocean in safety, luxury and comfort.

The expedition yacht builder has delivered more than 850 yachts to over 500 owners, most of whom are owner/operators of their vessels. These full displacement, trawler-style motor yachts are built of fiberglass composite to the shipyard’s highest standards.

In 1988, PAE embarked on a 46-foot (14m) motor yacht project designed by Jeff Leishman, Jim’s brother. Hull Number 1 of the Nordhavn 46 was completed and shipped in early 1989.
In terms of other notable builds, Nordhavn’s production series includes many innovative models, such as a 56-foot Motorsailer and the 75 Exploration Yacht Fisher, as well as the European-styled Nordhavn 78.

On the superyacht side, Nordhavn’s flagship is a Nordhavn 120. The 120-foot AURORA (36.75m), was launched in 2014 and was the recipient of several awards recognizing her comfort, stability and range. The Nordhavn 120 AURORA was designed by Jeff Leishman with naval architecture by Nordhavn, and the interior design was created by Destry Darr Designs. AURORA can accommodate up to 10 people with a complement of seven crew.

Whilst the smallest model in the collection is N41 (12.6m), the newest project, the N148 (45m) will be groundbreaking for the shipyard. The first metal yacht in the history of the Nordhavn product line, this new design pushes the brand to go beyond prior engineering feats. Key to the design are Vripack’s reinterpretation of particular features, including a flared, rounded bow, the yard’s interesting combination of square and round windows, and an industrial chic aesthetic. The interior volume of the N148 will be approximately 25% larger than the fleet’s current queenship, the Nordhavn 120. This model has been hailed as the ultimate crossover yacht: a mix of commercial ship and elegant superyacht. Jim Leishman expects a new Nordhavn 148 to be completed by November 2021.