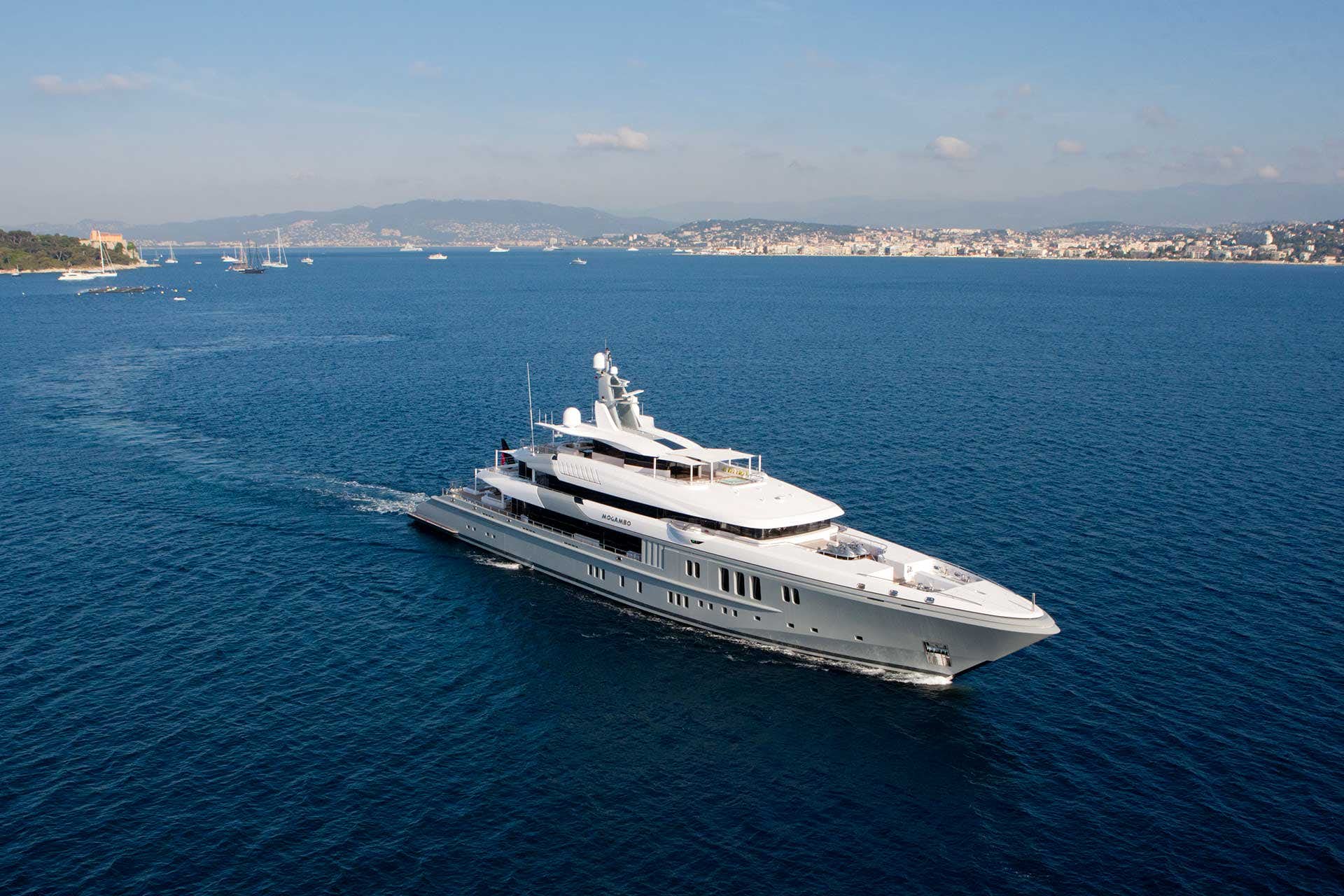 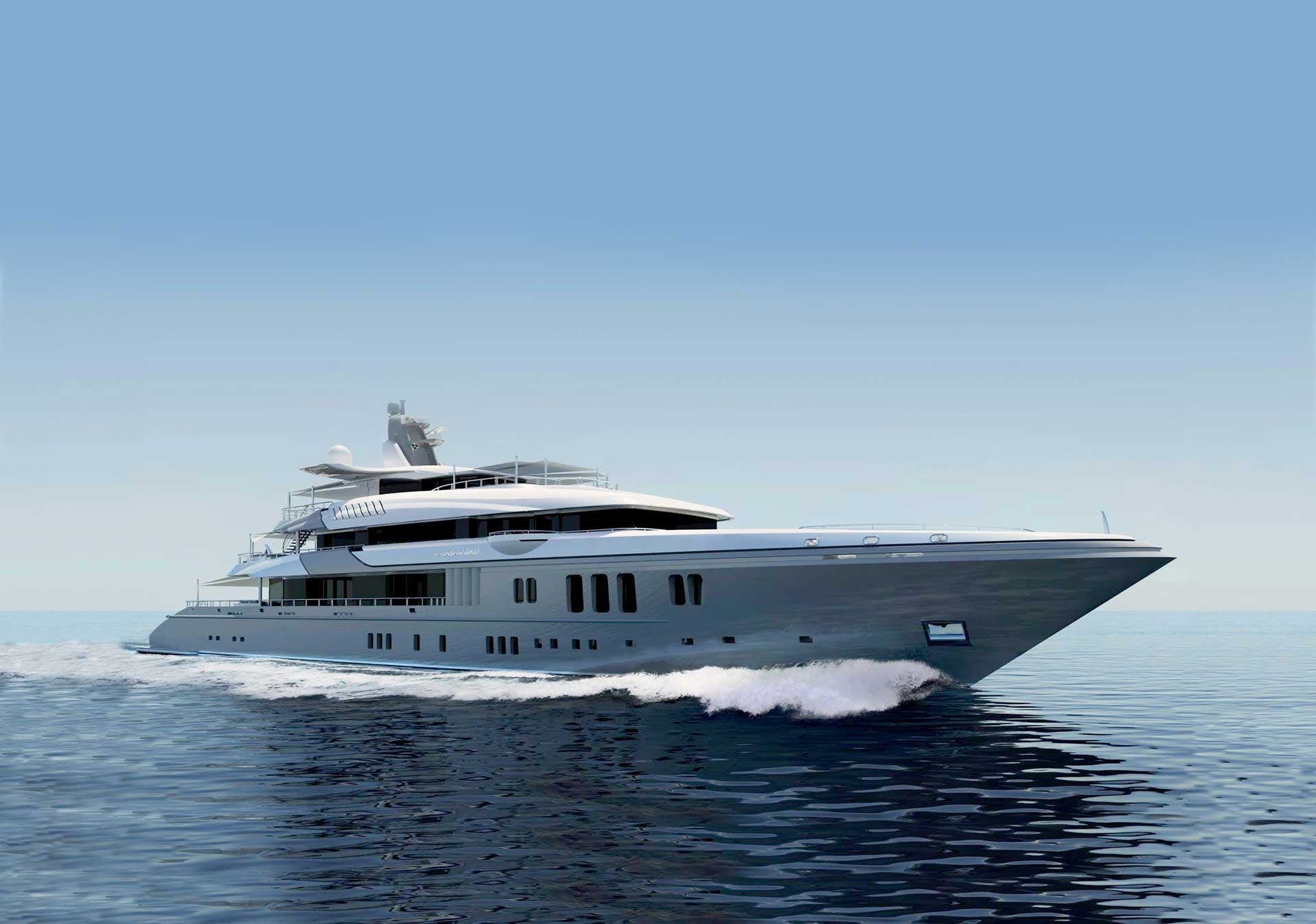 Nobiskrug is a major German shipyard based in Rendsburg, Germany, specialising in the construction of wholly custom, steel-hulled superyachts ranging in size from 200 to 650-foot plus (60 – 200m meters), as well as offering superyacht refit and repair. The Nobiskrug yard builds military and commercial ships as well as luxury, private vessels and superyachts. Known for purposefully not being a mass builder, Nobiskrug’s pledge is to approach every new build by combining the unique vision of the owner with innovative ideas and advanced technology, to ensure longevity for generations to come.

This earnest pledge has been upheld with the shipyard delivering a number of particularly ground-breaking and noteworthy superyacht projects including motor yacht TATOOSH, Sailing Yacht A and, more recently, motor yacht BLACK SHARK, which was designed and built in conjunction with Wally Yachts.

Nobiskrug’s impressive construction capabilities cover the full spectrum, ranging from hull construction to steel cutting, mechanical and pipe fitting, to paint, electrical and carpentry workshops, all organized under one roof. Nobiskrug has a history of loyalty to the workforce and is built on a family-oriented ethic of German craftsmanship. The yard has an in-house design team and works closely with the world’s most renowned yacht designers.

In 1905, it was Otto Stork who founded the Nobiskrug Shipyard in Rendsburg, northern Germany. By the start of World War I, the shipyard had built a total of 70 vessels and, over subsequent decades, there were many more innovative deliveries to follow including the then highly sophisticated 452-foot (138m) German navy training ship, DEUTSCHLAND in 1963.

Nobiskrug was acquired in 1987 by Howaldtswerke-Deutsche Werft and the shipyard was modernized into a compact and more efficient shipyard. Whilst staffing levels were dramatically reduced, the company has always valued the quality of its vocational training system that produces highly skilled employees, trained in Germany. Currently, a team of over 900 is employed across the shipyard’s three facilities.

In 2000, the yard made its mark on the international superyacht scene with the launch of the 303-foot (92.4m) motor yacht TATOOSH, which, at the time, was one of the world’s largest superyachts.

The shipyard completed construction of a high-tech, 524-foot (160m) superyacht shed in 2005 to facilitate further custom superyacht construction. The size of the shipyard facilities and a specialized shipbuilding concept enables Nobiskrug to provide a modular, large-size block construction method, unique to Germany, that assures quality and permits a high-level of prefabrication and pre-outfitting with fittings, fixtures, equipment and systems.

Two further milestones are 2015 and 2017, when the shipyard broke the mould in the superyacht industry with the launch of sailing yacht A and then with motor yacht BLACK SHARK in conjunction with Wally Yachts.

A major German shipyard, known for pushing the boundaries and specializing in the construction of wholly custom, steel-hulled superyachts.

In 2000, at the time of her launch, the 303-foot (92.4m) motor yacht TATOOSH was one of the largest yachts in the world. TATOOSH was built for cruising independently and accessing some of the world’s most remote locations. At 3,229 GT, she can cruise at an impressive maximum speed of 19 knots. The exterior design and naval architecture were created in a collaboration between Kusch and Studio Yacht, while TATOOSH’s interior is the work of Terence Disdale.

In 2012, the 239-foot (73.1m) MOGAMBO was built to a design work by Reymond Langton Design, who were also responsible for the yacht’s interior styling. In 2013, the shipyard launched the 240-foot (73.15m) ODESSA II, working with Focus Yacht Design for exterior styling and interior design was by H2 Yacht Design.

In 2015, Nobiskrug launched the highly differentiated 469-foot (143m) sailing yacht A; the largest and most advanced yacht of her kind. Born from the owner’s desire to push the boundaries of engineering and challenge the status quo of the industry, the shipyard states that she is undoubtedly one of the most visionary projects they ever been involved with. Sailing yacht A has many unique and extremely advanced features, including an underwater observation pod, a hybrid diesel-electric propulsion system and state-of-the-art navigation systems. Her three masts are the tallest and most highly loaded freestanding composite structures in the world, and the mainmast towers an incredible 328 feet (100m) above the waterline.

Moving into new territory via a partnership with Wally Yachts, the shipyard is currently working on the 252-foot (77m) motor yacht BLACK SHARK. The new partnership was announced during the 2017 Monaco Yacht Show and involves the development and building of displacement custom megayachts built in steel. The first project to be born of the collaboration is a 272-foot (83m) explorer concept developed by Wally on the Nobiskrug platform, with interiors by Andrew Winch.