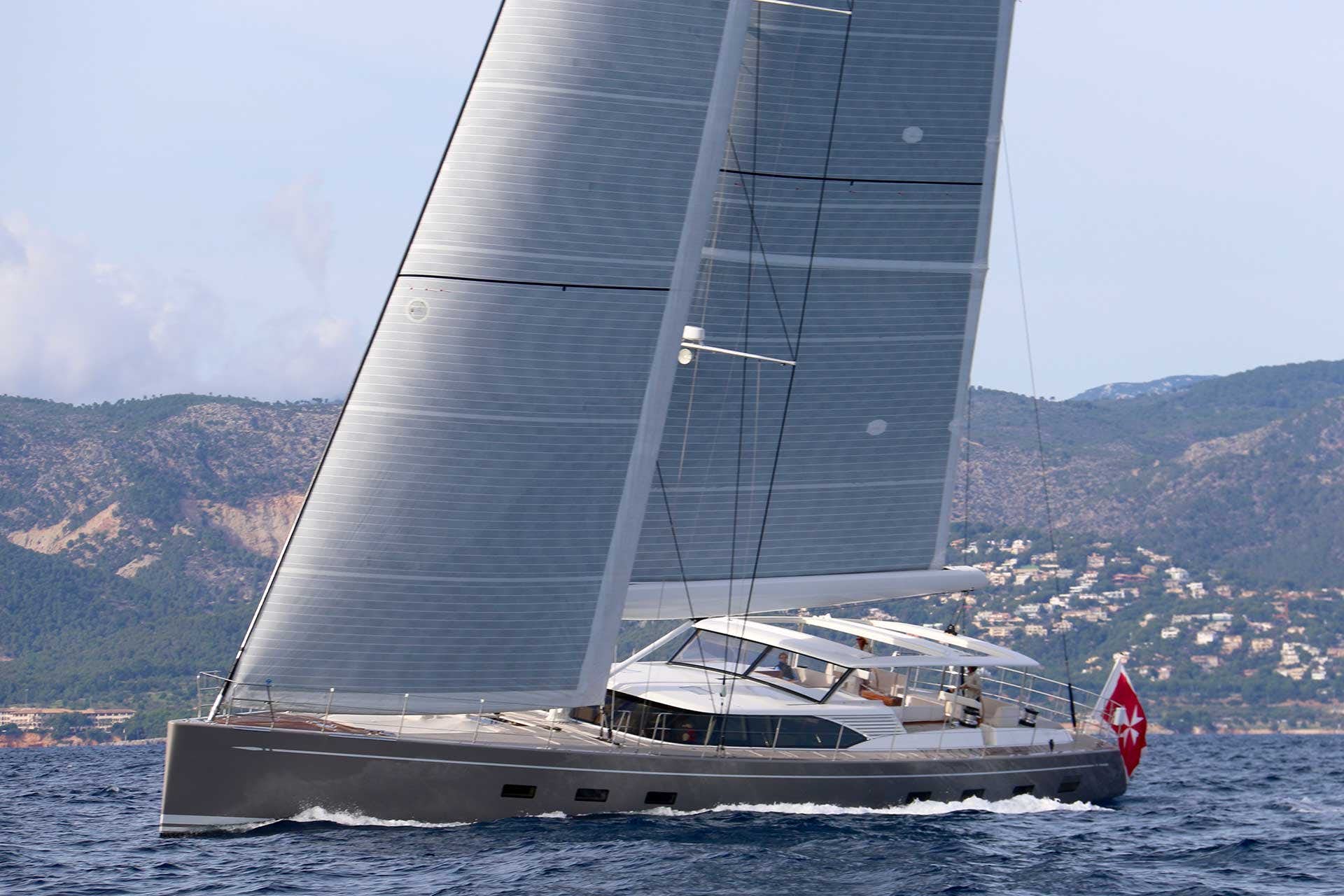 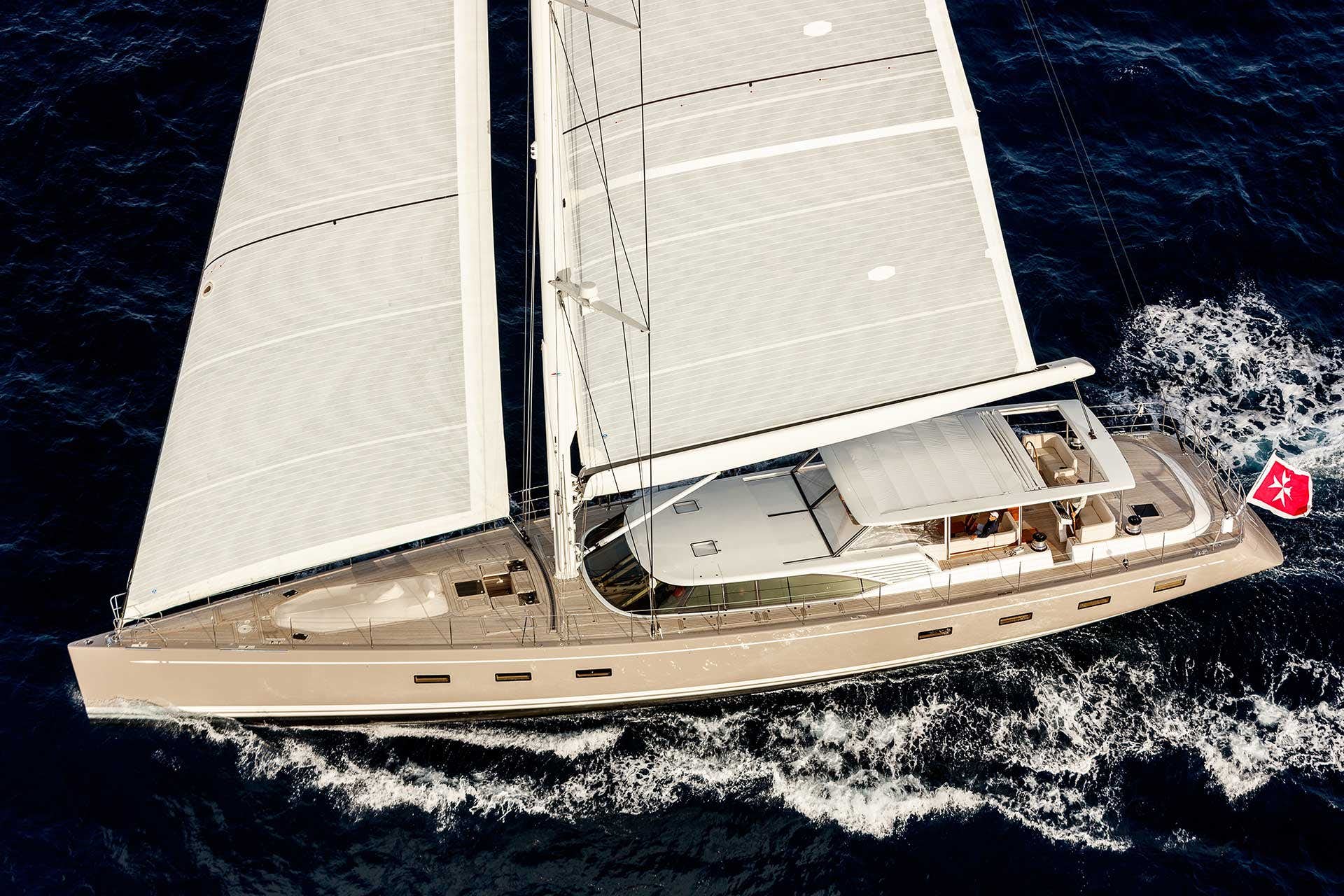 The Nautor’s Swan shipyard is located in the small Finnish town of Pietarsaari, just a short distance from the Arctic Circle. On this icey stretch of coast, Nautor’s Swan have been building boats since 1966 and the Swan range is known throughout the world. In a build environment where temperatures can fall to minus 30 degrees celsius, and the sea can be frozen for up to five months of the year, advanced engineering excellence is a core part of the yard’s DNA.

Nautor’s Swan handles everything from the design to the finest details in a fully integrated in-house building process. The smaller Nautor’s Swan hulls, for cruising yachts, are hand laid-up and vacuum-infused, while the larger models are constructed in foam-core carbon, which has huge weight-saving benefits.

Swan yacht buyers can also enjoy membership of ‘Club Swan’ – a non-profit organization for past, present and future Swan sailing yacht owners. The Club organizes various regattas, including the ‘Rolex Swan Cup’, the ‘Swan European Regatta’ and the ‘Swan American Regatta’ and these are run in association with the Yacht Club Costa Smeralda, the Royal Yacht Squadron of Cowes and the New York Yacht Club, respectively.

Today, with more than 50 years’ of heritage, Nautor’s Swan is globally recognized as an undisputed leader in the international sailing market.

The Nautor’s Swan Shipyard was founded in 1966 by Pekka Koskenkyla, a man with an inspiring vision to produce high-quality, high-performance sailing yachts for those passionate about cruising, racing and seeking contact with the ocean and nature. Pekka, educated in the USA, had the foresight to engage Sparkman & Stephens of New York, one of the most acclaimed yacht designers at the time, to design the first sailing yacht. The vessel was built in fiberglass and trimmed with wood – materials which would dominate the production of vessels in the years to come.

The first sailing yacht model from the Nautor’s Swan shipyard was the Swan 36, and this led to the Swan 37 and Swan 43, with the latter winning the Admiral’s Cup in 1969.

That same year, fate’s fickle hand dealt the Nautor’s Swan yard a catastrophic blow. The Assembly Hall caught fire and burnt to the ground, destroying with it a dozen hulls in various stages of production. Pekka was forced to sell stakes in the company to finance the yard’s rebuild and see production resumed.

When the yard was re-established, the larger and more elegant Swan 55 and Swan 65 yachts were born. Partnering cruising capability with racing prowess for the typical owner and recreational yachtsman, the designs were immensely popular. Testament to their racing ability, it was a Swan 65 (named SAYULA II) that won the first Whitbread Round the World Race in 1973/74.

In the late 70’s and early 80’s, Nautor’s Swan engaged naval architect Ron Holland as their designer of choice. Holland designed five boats for the yard, of which approximately 300 units were produced.

The mid to late 80s saw Swan enter another new era of design, this time with the appointment of German Frers. Along with a string of great successes in models under 80 foot (24m), Frers was also responsible for Swan’s first Maxi models; the Swan 80, Swan 90, Swan 100, Swan 105, Swan 110 and Swan 115 – with the 115 seeing the yard cross over into superyacht territory.

Frers’ contribution to Nautor’s Swan also permitted them entrance to the ‘one design’ racing sector, with the design of the Swan 45 in 2001. This was followed by the ‘Club Swan 42’ in 2005 which was developed in association with the New York Yacht Club.

In 2002, a new yard, close to the sea, was opened in Jakobstad. The new yard is dedicated to the assembly of the Maxi Swans, building the Swan 60 through to the Swan 115.

In 2017, Nautor’s Swan opened their Boatbuilding Technology Center. Here, there are facilities dedicated to joinery and high-tech lamination, a post-cure oven, painting halls, and areas for warehousing and logistics. The close proximity of the engineering and manufacturing departments results in an efficiency that is rarely seen.

Nautor’s Swan has been controlled and managed by Leonardo Ferragamo and his group of investors since 1998.

Nautor’s Swan is recognized as a leader in the international sailing market.

Known today as ‘Swans’, the modern yachts built by Nautor’s Swan owe their success and acclaim to the original Swan 36. This first design, which featured a number of significant innovations, offered a level or performance and safety that equalled that of traditional wooden vessels yet the lighter fiberglass hull provided greater steering ability and enhanced living space. The Swan 36 marked the beginning of what would become one of the most prestigious boat yards in the world.

The Swans of the ‘70s and ‘80s were designed by the award-winning naval architect Ron Holland. German Frers took over as Swan’s naval architect of choice from the mid to late 80s, and he designed many highly successful models under 80 foot (24m) for the shipyard.

Swan’s first Maxi yacht models were also designed by Frers: the Swan 80, Swan 90, Swan 100, Swan 105, Swan 110 and Swan 115. The 115 brought Nautor’s Swan into the superyacht sector and the skills of Frers’ have again been employed for the design of Swan’s latest sailing yacht, the Swan 120.

Whether you’re looking for a pre-owned Swan or considering a new build from the Nautor’s Swan Shipyard, Northrop & Johnson are able to advise on every aspect with brokers who have specific sailing yacht knowledge and experience.