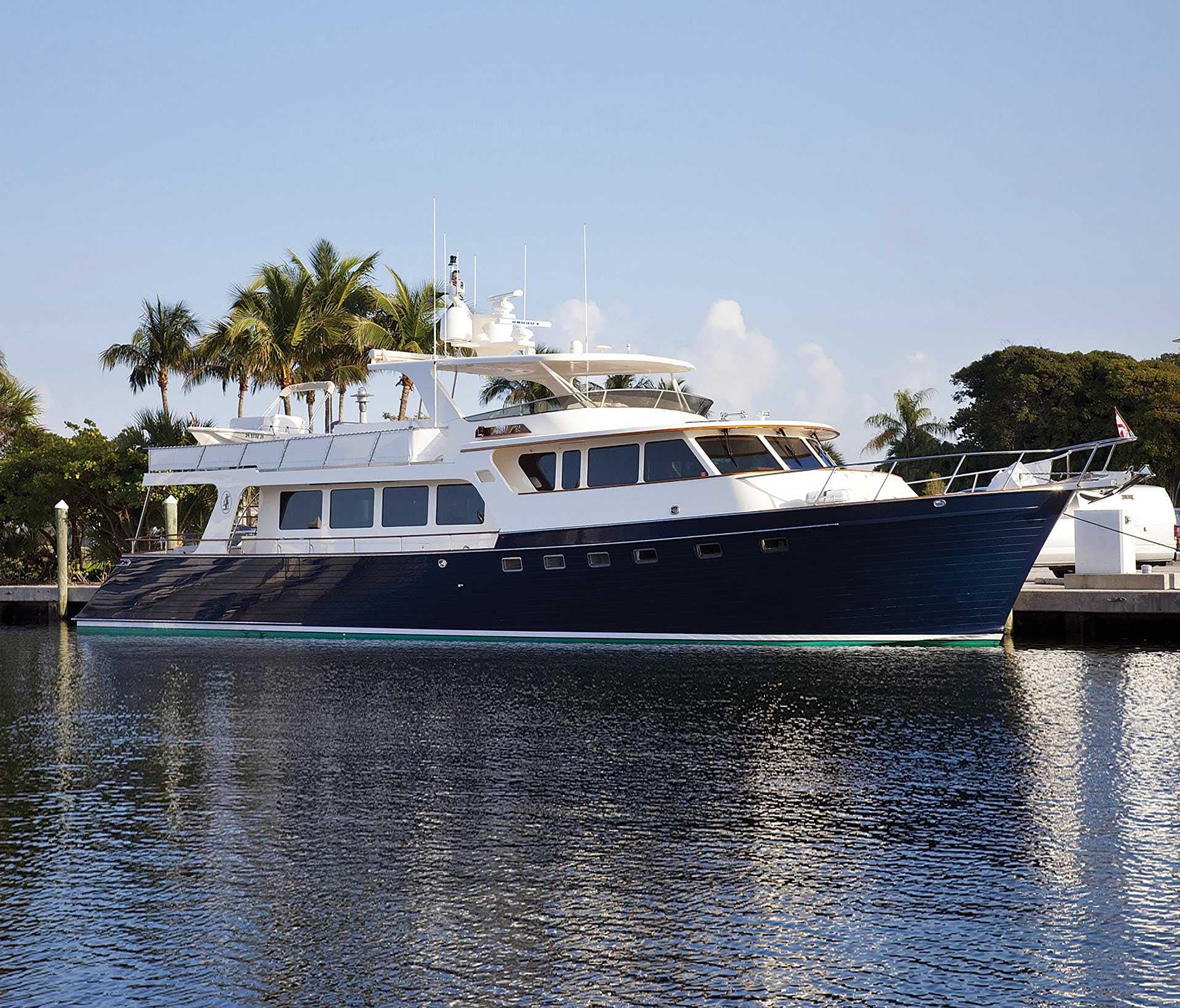 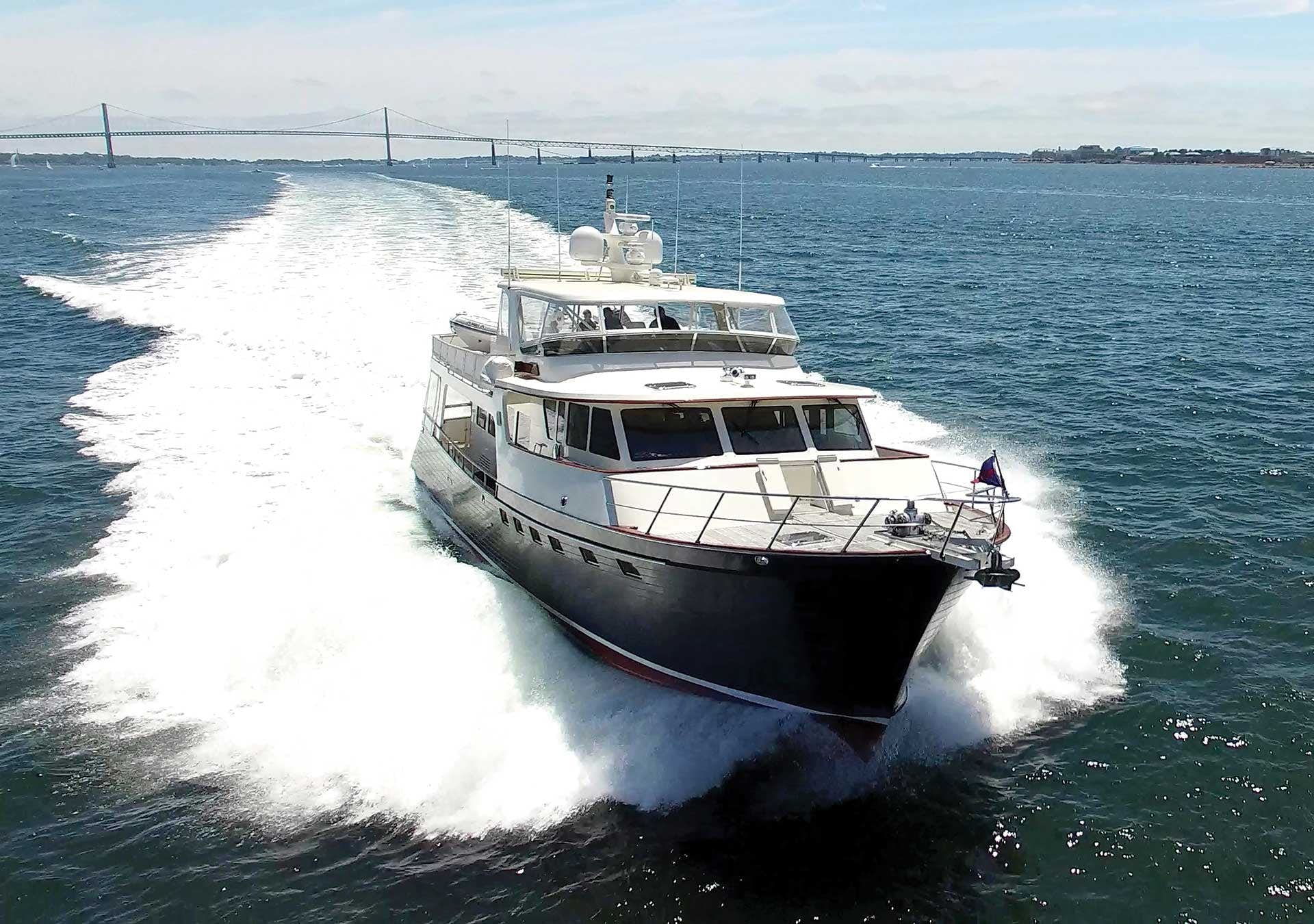 Marlow Yachts is a semi-custom luxury yacht builder specialising in explorers capable of ocean voyages. In 1998, company founders David Marlow and Doug Zurn searched worldwide for a shipyard and suitable building process and they selected a high-tech shipyard in China.

Marlow’s facility is the Norseman Shipyard near Xiamen, China, which is designed to produce innovative yachts up to 97 feet while using environmentally friendly building processes. The yard boasts 300,000 square feet of manufacturing halls dedicated to creating vessel moulds. The yachts are built using RIVAT© (Resin Infused Vacuum Assisted Transfer), which is a unique closed-moulding system that removes ozone-harming chemicals before they can be emitted.

Marlow-Norsemen Shipyard has over 200 skilled workers and is advanced in workplace health and safety, the treatment of waste, and keeping pollution low. In 2007 it was awarded the first World Yachts Award for Environmental Consciousness.

In 2012, Marlow also bought the assets of U.S. recreational boat builder Luhrs Marine, adding several small recreational boat companies to the company portfolio. The companies are: Hunter Marine, Luhrs and Mainship. At the time of acquisition, Hunter was the largest volume sailing yacht builder in the U.S and was in its 40th year of operation.

Two years later and Marlow Yachts had become a well-known builder in the industry and saw demand significantly increasing for their ocean going yachts.

In 2011, David Marlow also bought the historic and iconic Merrill Stevens Shipyard in the U.S with a view to renovation. This is Florida’s oldest shipyard and provides complete service facilities on the east and west coast. In 2013 the Miami-based yard was sold to Rahmi M. Koç, a prominent Turkish businessman.

Since 2000, Marlow has become one of the worlds most talked about and sought out explorer yacht builders.

The full range includes: the Marlow Explorer with models from 49 to 97 feet (17 to 33m); the Marlow Voyager 76; the Marlow Prowler 375 with a classic version, an open deck version and the Havana and, finally, Marlow’s two tenders known as the Sprite and the Gypsy.

The company’s first long-range cruiser, the Marlow Explorer 65C (19.8m) launched in 2001 and has been a very popular model. It is differentiated by the elimination of the need for interior bulkheads, which means that the owner’s layout preferences can be met.

Marlow Voyager 76 (23.2m), which followed in 2010 and is capable of crossing any ocean nonstop with its impressive cruising range. With two and a half decks and four double cabins, she delivers incredibly high speeds for this style of yacht. The 76 Explorer also features high quality solar panels on top of the raised pilothouse to deliver energy to the onboard systems in a cleaner fashion.

A third notable yacht from the Marlow stable is the Marlow Explorer 97E (29.57m). This design was launched in 2011 and features a wide beam with a range of 4,000 miles at nine knots.

Motor yacht ICE is the first of the Voyager 100 (30.48m) models. She was delivered to her owner in 2019 and the interior configuration was designed to comfortably accommodate up to 10 guests in five cabins as well as three crew. ICE cruises at 19 knots and reaches a top speed of 22 knots. The Voyager 100 ICE features an incredibly strong hull and Marlow Yachts promote that customers can traverse the Northwest Passage through to Cape Horn with this model.