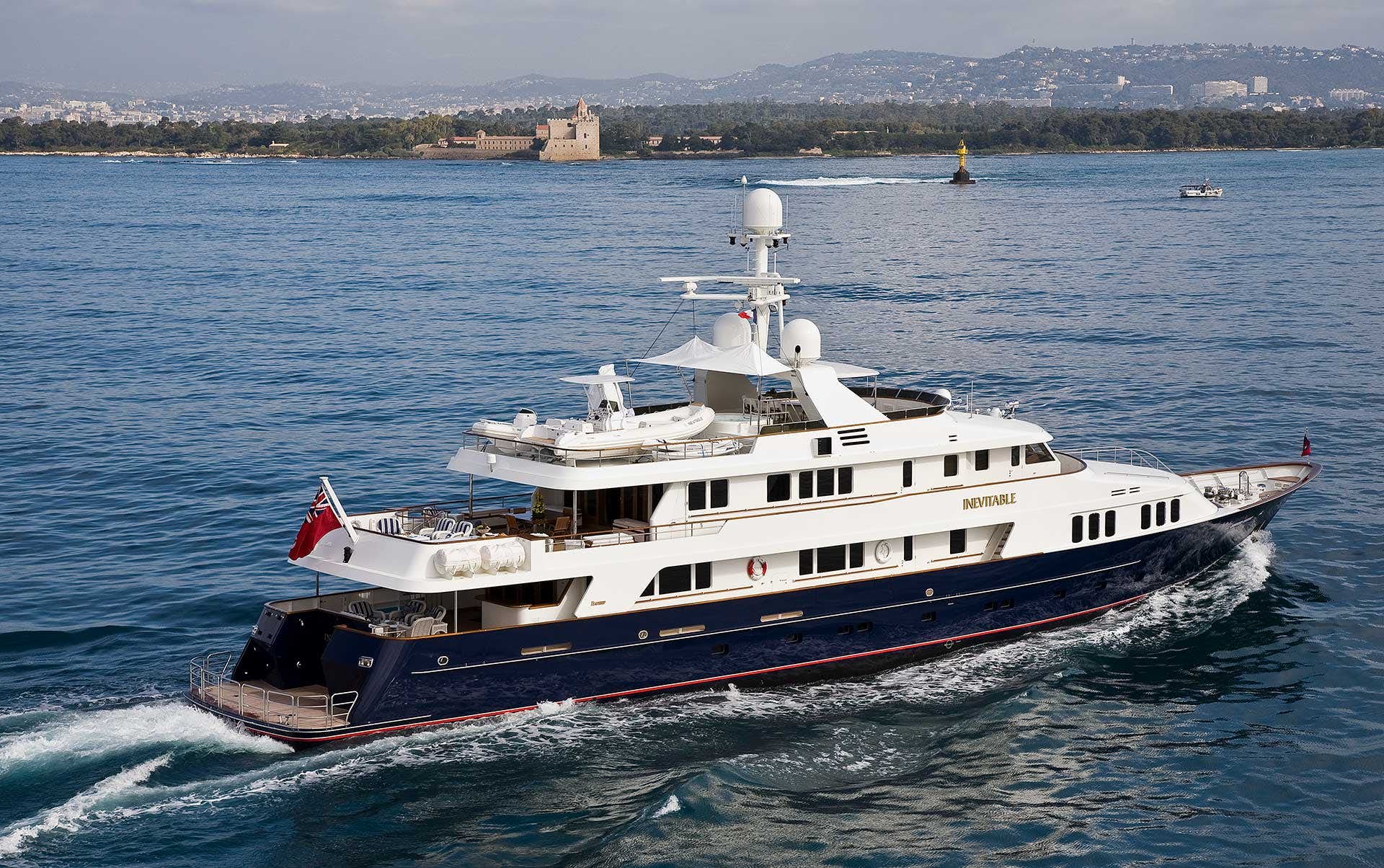 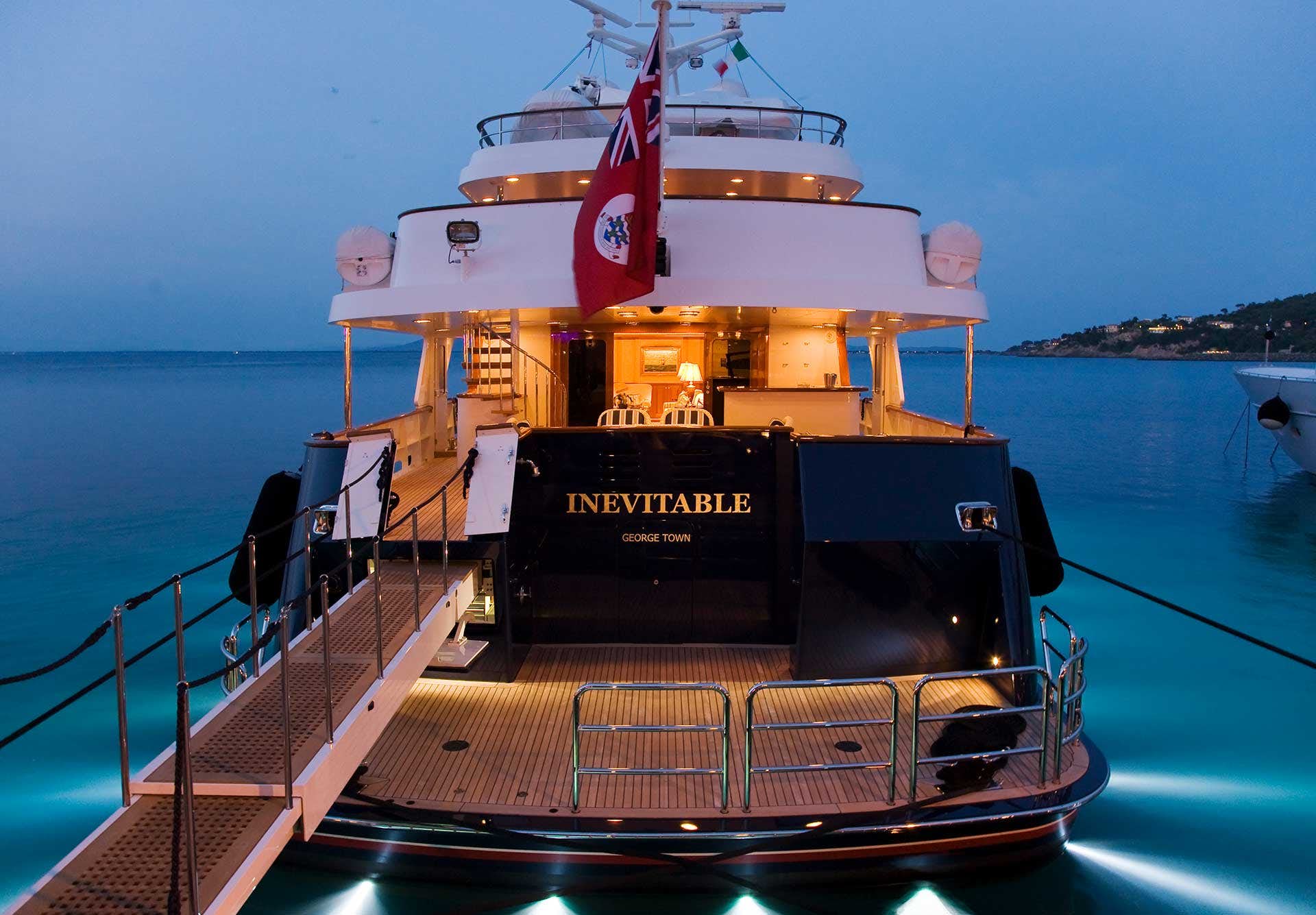 One of America’s top shipyards, Hargrave has been producing yachts since the 1950s. Over the decades, the Hargrave shipyard has established a reputation for progressive designs and speedy sports boats.

When the company was originally founded by nautical designer, Jack Hargrave, design was the main focus and Jack worked with other leading US brands such as Burger and Hatteras for the boat construction. Hargrave’s designs played an important role in the independent success of those brand names as well.

Whilst continuing to design yachts, the company added yacht construction to its offering in 1997, following the death of Jack Hargrave in 1996. Hargrave then became known as Hargrave Custom Yachts.

The shipyard has enjoyed continued success and now builds a variety of yachts from 68 – 136ft (21 – 42m) in length. For the construction of larger vessels, Hargrave has a number of collaborative options and international partners. For over 30 years Hargrave has worked with the Taiwanese shipyard, Kha Shing, and recently larger vessels, such as the 136-foot (42m) DREAMER, have been built in Turkey.

The Hargrave shipyard enjoys strong repeat business from existing clients and remains a key name in the yachting industry. Recent statistics showed that over 52% of Hargrave owners have built more than one yacht with the yard, and some are onto their third, even fourth, new Hargrave.

The Hargrave shipyard was founded by nautical designer, Jack Hargrave, in 1957 and is widely regarded as one of the top shipyards in the United States.

Through the 1960s, ‘70s and ‘80s, Hargrave was largely a design office, collaborating with other builders for the construction of Hargrave-designed vessels.

Following the death of Jack Hargrave in 1996, former Hargrave employee Michael Joyce returned to the company after an absence of twenty years and took over as President and CEO. Recognizing that Hargrave had the potential to be far more than just a design office, Joyce pursued new yacht construction with full force.

Joyce was a visionary entrepreneur with a passion for yachting. A keen innovator, Joyce embraced the changing times and technological advancements that came through the late nineties and early noughties and presented custom yachts between 80 – 150 feet (24 – 45m) to the marketplace.

Joyce stepped down as president of Hargrave in 2007, in favor of Michael DiCondina, but remains the full share-owner. Mike DiCondina and his team were selling and delivering new Hargrave yachts throughout the decade-long recession and at that date of handover he had the vision to expand into larger yachts. Now Hargrave builds up to 136-foot (42m) boats.

Putting the fun back into yachting one owner at a time

The first Hargrave motor yacht was delivered in 1999 and Hargrave quickly made a name for itself, winning numerous awards for its sporty tri-deck motor yachts and sportfish-inspired vessels. This first Hargrave-built vessel was 87-foot (26.7m) long and was named HOUND DOG.

Hargrave shipyard has enjoyed several decades of steady advancement and brand awareness. The yard prides itself on building a wide variety of yachts ranging from 68ft to 136ft (21m to 42m) and also has a number of collaborative options for the construction of larger vessels.

Notable vessels from the Hargrave range include 138-foot (42m) DREAMER, launched in 2010, and the 115-foot (35m) RENAISSANCE, which was delivered in 2015 and built in collaboration with Kha Shing Enterprises.

The Hargrave shipyard continues to enjoy steady repeat business from existing clients and their largest build to date, which measures 184 feet (56m) was for a three-time Hargrave owner. This 184-foot superyacht was launched in 2019 and is named BABA’S. Motor Yacht BABA’s is of steel construction and was built to RINA classification. The luxury yacht has accommodation for 12 guests and 5,000nm range.

For more details about MY DREAMER, BABA’S or any other Hargrave-built superyacht, please contact Northrop & Johnson.