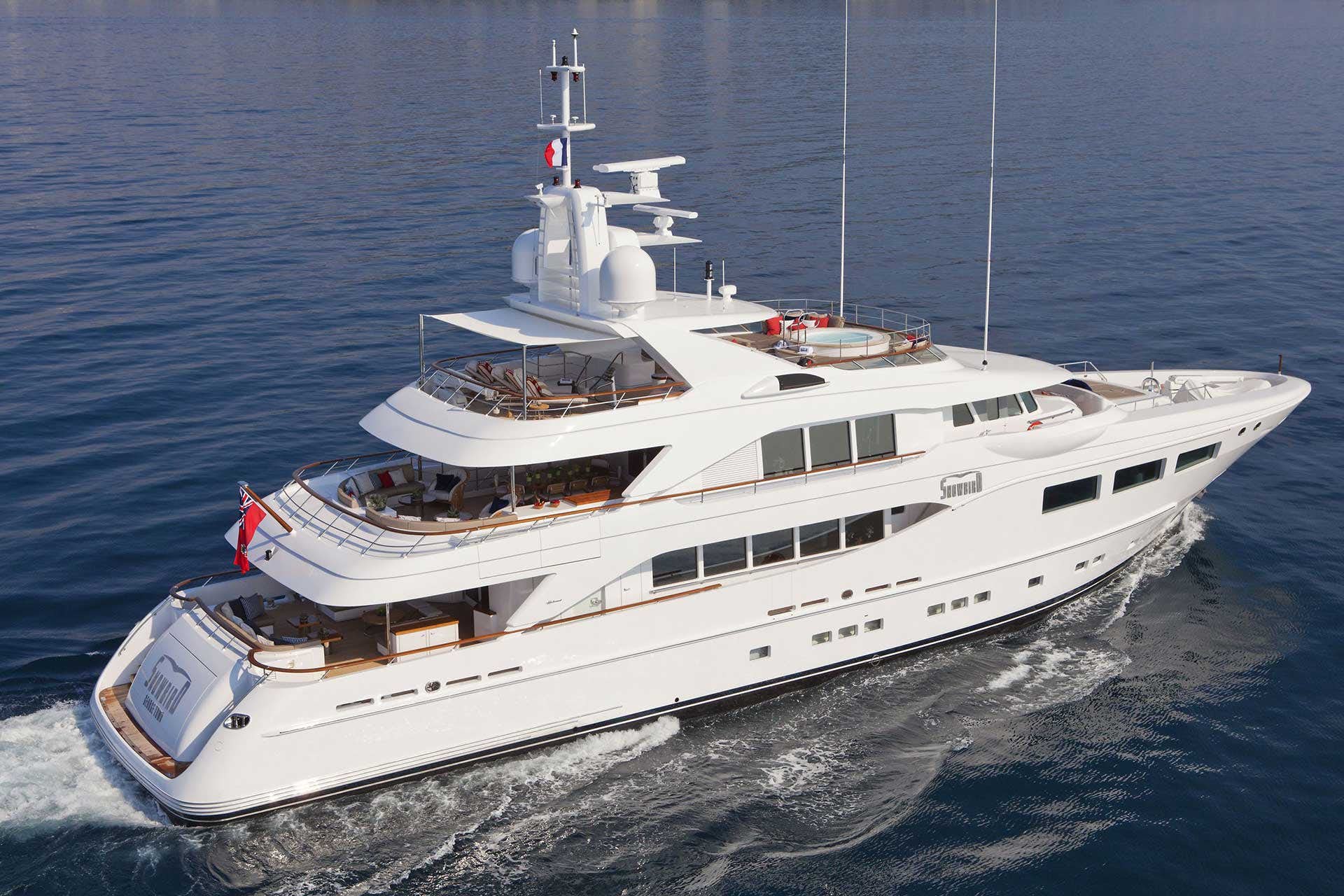 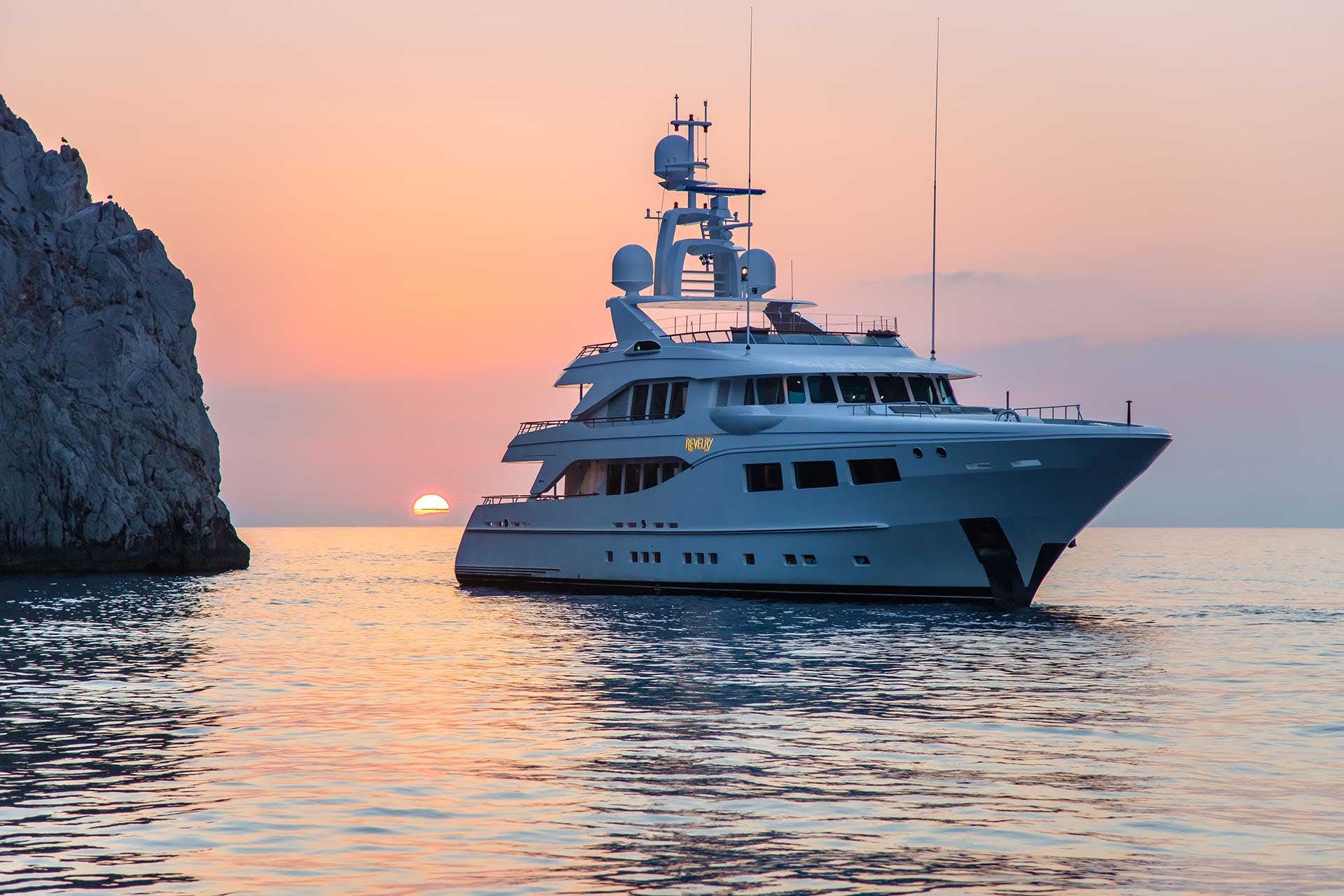 Situated in the quaint historic city of Monnickendam, on the shores of the IJsselmeer lake about eight miles north of Amsterdam, the Hakvoort shipyard has a century of shipbuilding excellence to its name.

Hakvoort builds motor and sailing yachts up to 215 feet (65m) in length, and also has purpose-built facilities for handling major refits. The shipyard is comprised of two enclosed, temperature-controlled docking and construction halls and there is also a metal workshop, office complex and a large quayside operation.

The inherent quality of a Hakvoort-built vessel has helped make the yard a leading name in the marine industry.

Hakvoort offers both full and semi-custom superyacht options, and the yard also operates its own joinery workshops, Unlimited Interiors. The skills of the team at Unlimited Interiors are available on a sub-contractual basis to other yards as well as Hakvoort.

The yard has remained in family hands, passing down from father to son several times, and this creates an immense atmosphere of personal dedication and community at the shipyard.

Monnickendam, the home of Hakvoort Shipyard, owes its name to the monks who built a dam there back in the 12th century. Monnickendam was granted city rights in 1355 and by the 1600s had become a prominent port with the shipping industry and related trade flourishing.

In 1919, the entrepreneur Albert Klzn Hakvoort purchased a shipyard that had launched its first vessel over a century before, back in 1780. Albert lay the foundations of a thriving business that restored an industry of shipbuilding to the Dutch city of Monnickendam.

The earliest constructions at the Hakvoort yard were fishing boats and over time they began to build pleasure yachts as the marine leisure market grew.

The yard has continued to remain in family hands throughout the decades, passing from father to son across several generations.

The Hakvoort shipyard has been the recipient of many industry awards and accolades over the years, with numerous vessels earning recognition for their aesthetic and technical qualities. An enviable list of repeat owners is also testament to the yard’s abilities and industry positioning.

The Hakvoort shipyard can now boast an impressive back catalogue and a global reputation for building exceptional superyachts for generations of yacht owners.

Placing luxury and comfort to the fore, Hakvoort builds motor and sailing yachts up to 213 feet (65m) in length

Hakvoort’s first custom superyacht build came in the guise of TONGA in 1985. This 103-foot (31.35m) motor yacht was designed by Pieter Beeldsnijder Design and was built to Lloyds Classification. TONGA had a steel hull and an aluminum superstructure.

The most recent superyacht to be launched from Hakvoort is the 210-foot (63.7m) SCOUT. SCOUT is the largest yacht in the Hakvoort fleet to date and was delivered in 2019. The superyacht features interior and exterior design by H2 Yacht Design and Diana Yacht Design were responsible for the naval architecture.

In addition to a dedicated owner’s deck, SCOUT accommodates eight guests across four staterooms. The hull has a high bow with cut-down bulwarks to expose the tenders. The exterior design has a trawler-like aesthetic, accentuated by integrated forward-sloping windows. Amongst some of SCOUT’s notable features are a helideck, and an expansive sun deck with a large Jacuzzi.

When considering the Hakvoort fleet, superyachts such as JUST J’s, MIRGAB VI, PERLE BLEUE and APOSTROPHE also deserve a mention.

During the last century the Hakvoort shipyard has built many ships and luxury motor yachts. For the complete selection of Hakvoort-built yachts currently listed for sale or available for charter, please contact your preferred Northrop & Johnson broker.