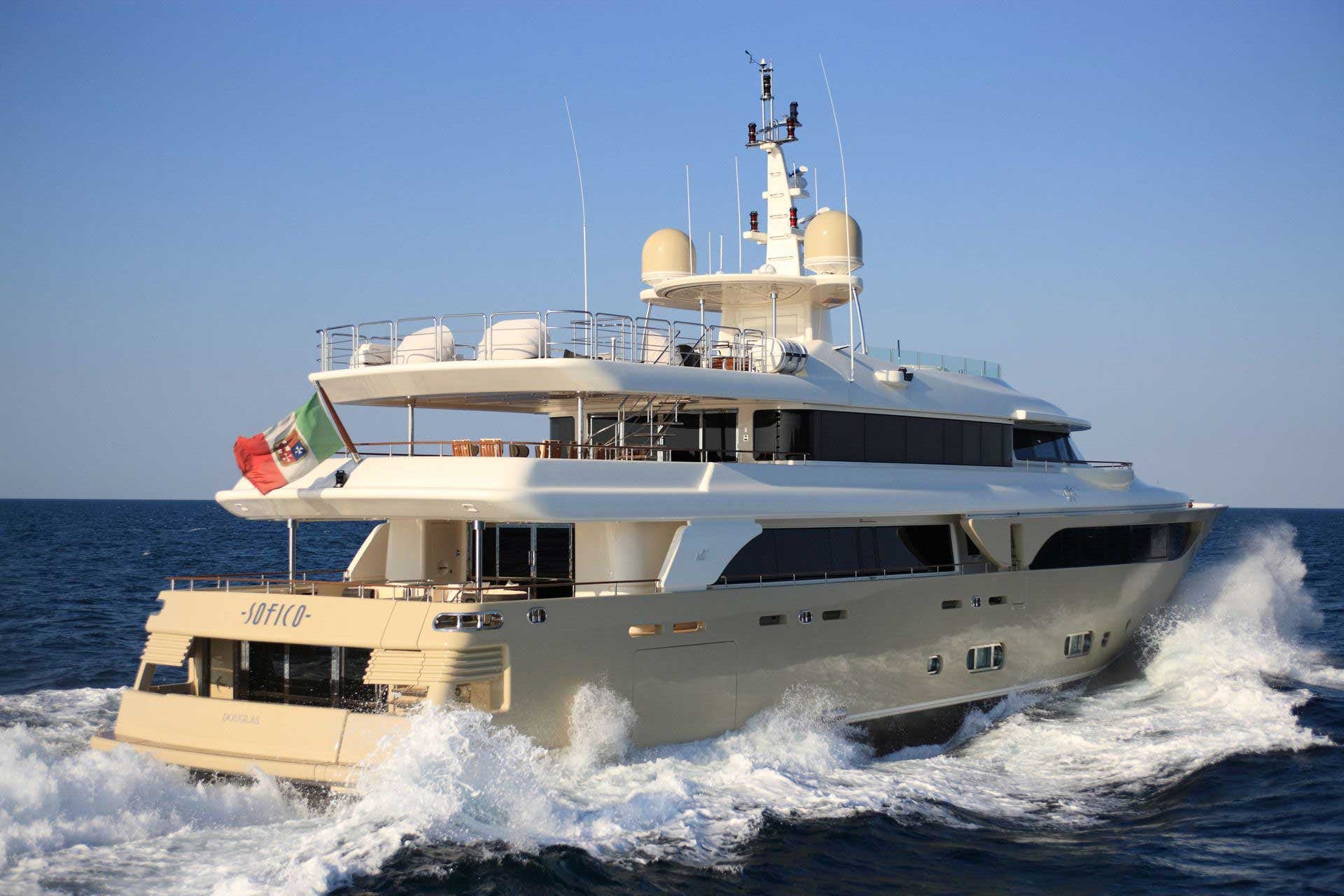 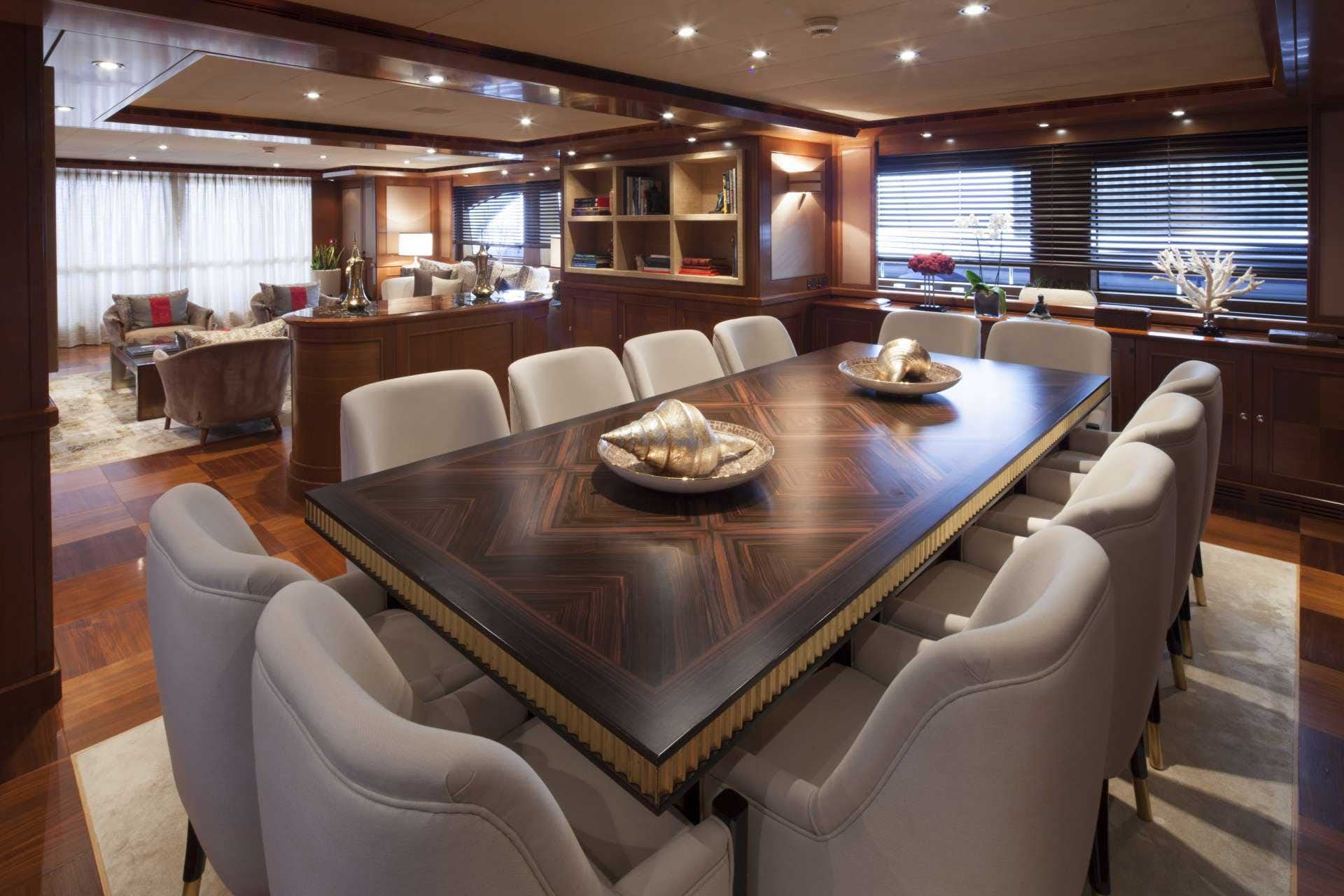 Part of the Ferretti Group of luxury yacht brands, CRN is an acronym for Costruzioni e Riparazioni Navali. The company was originally founded in 1963 by Italian entrepreneur Sanzio Nicolini.

CRN is a superyacht builder manufacturing custom motor yachts ranging from 131 to 295 feet (40 to 90m) in length, and constructed in the Italian city of Ancona; an Adriatic maritime hub.

The Ferretti Group’s CRN shipyard in Ancona covers some 262,467 square feet (80,000 square metres) and they also operate a large private marina. There are a range of project management and refit facilities, from technical inspections to interior design management. In the refit facility, there is a ship-lift, a 32,808 square foot (10,000 square meter) hardstanding area, a 4,593 square foot (1,400 square meter) sheltered area and berths of up to 328-foot (100m). In addition, the CRN engineering department can manage yacht conversion and extension projects, as well as systems modifications and upgrades.

CRN focuses extensively on after-sale care and, in recent years, the yard’s refit division has become an important part of this. With their technical experience and design expertise, CRN is able to offer a comprehensive range of dedicated services for its clients during the lifetime of their yacht.

CRN was founded by Italian entrepreneur Sanzio Nicolini in 1963. Instead of building wooden yachts like his competitors, Nicolini built upscale luxury yachts from aluminium and steel and soon developed a reputation as a high-end builder.

In the 1960s, CRN yachts ranged in length from 49 to 66 feet (15 to 20m) and had a distinctive design. The shipyard’s SUPER CONERO series is just one example of their early success. The 75-foot (23m) SUPER CONERO model led to larger, more prestigious vessels built in partnership with major designers who helped to forge CRN’s international reputation.

In 1970, Nicolini formed an artistic collaboration with Italian luxury yacht builder Carlo Riva. Eight yachts were built by CRN for Riva Yachts, and this helped to create and set the CRN “family” styling. Throughout the rest of the 20th century, CRN built custom superyachts for experienced owners, including Gianni Agnelli – principal shareholder of Fiat Automobiles. The 107-foot (32.8m) motor yacht F100, designed by Gerhard Gilgenast and built by CRN for Gianni Agnelli in 1983, helped to launch a minimalist movement in contemporary yacht design. This classic yacht was designed for worldwide exploration and was considered groundbreaking for its time.

CRN constitutes a significant part of the Ferretti Group and the yard’s ethos is to put all their passion and experience into building the client’s superyacht concept: ‘made by you with our own hands.’

In 1978, CRN built its first motor yacht of over 147 feet (45m), the 155-foot (47.2m) FATH AL KHAIR, for a Middle Eastern owner. CRN’s clients in the 1980s were mostly Greek and Middle Eastern owners who sought the highly desirable Italian flair for style.

The first yacht to launch from the CRN shipyard following the Ferretti Group acquisition was in 2001. She was the 141-foot (43m) motor yacht MAGNIFICA (now named MAGENTA M), designed by noted Italian yacht designers Nuvolari and Lenard, and with John A. Bennett responsible for the naval architecture.

The Italian yard experienced significant growth overall, with contracts signed for several yachts above 229 feet (70m). Recent award-winning launches from CRN include the 262-foot (80m) motor yacht CHOPI CHOPI in 2013, and the 200-foot (61m) SARAMOUR – delivered in 2014 and designed by Francesco Paszkowski, with an interior design by Studio Aiello.

Zuccon International Project, the long-time design partner of Ferretti Group, was chosen to develop a series of superyacht concepts, including CHOPI CHOPI, and Laura Sessa was responsible for the interior design. Exterior stylist, Zuccon, has worked extensively with the Ferretti Group, and has designed 10 full-custom and 14 semi-custom yachts since 2006 for CRN.

In terms of new builds, CRN announced details of hull number 138 in November 2019. The yard’s concept for the new the new 203-foot (62m) vessel is by Dutch design studio Omega Architects Elegance, and features flowing, sporty lines in the signature style of Head Designer Frank Laupman.