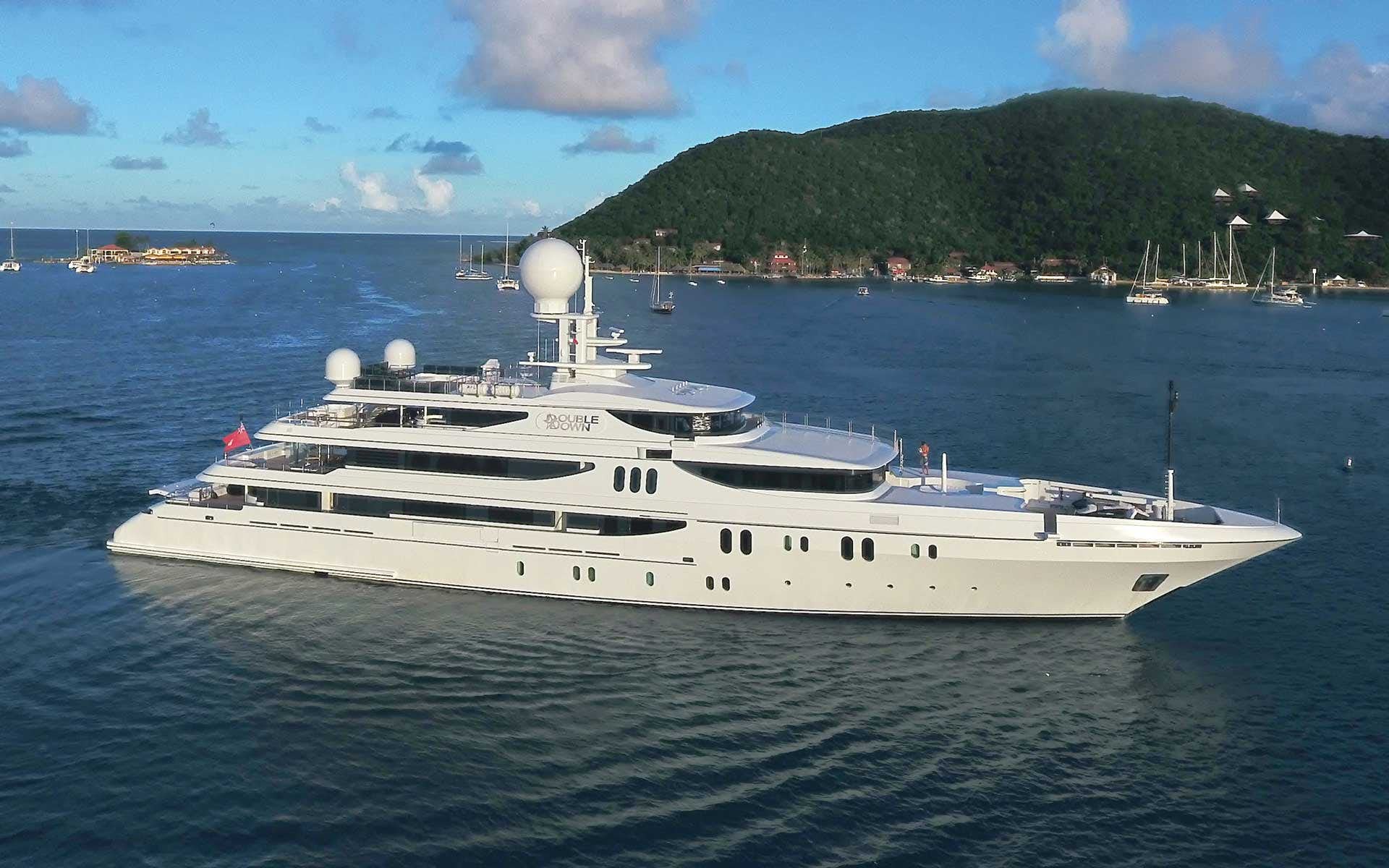 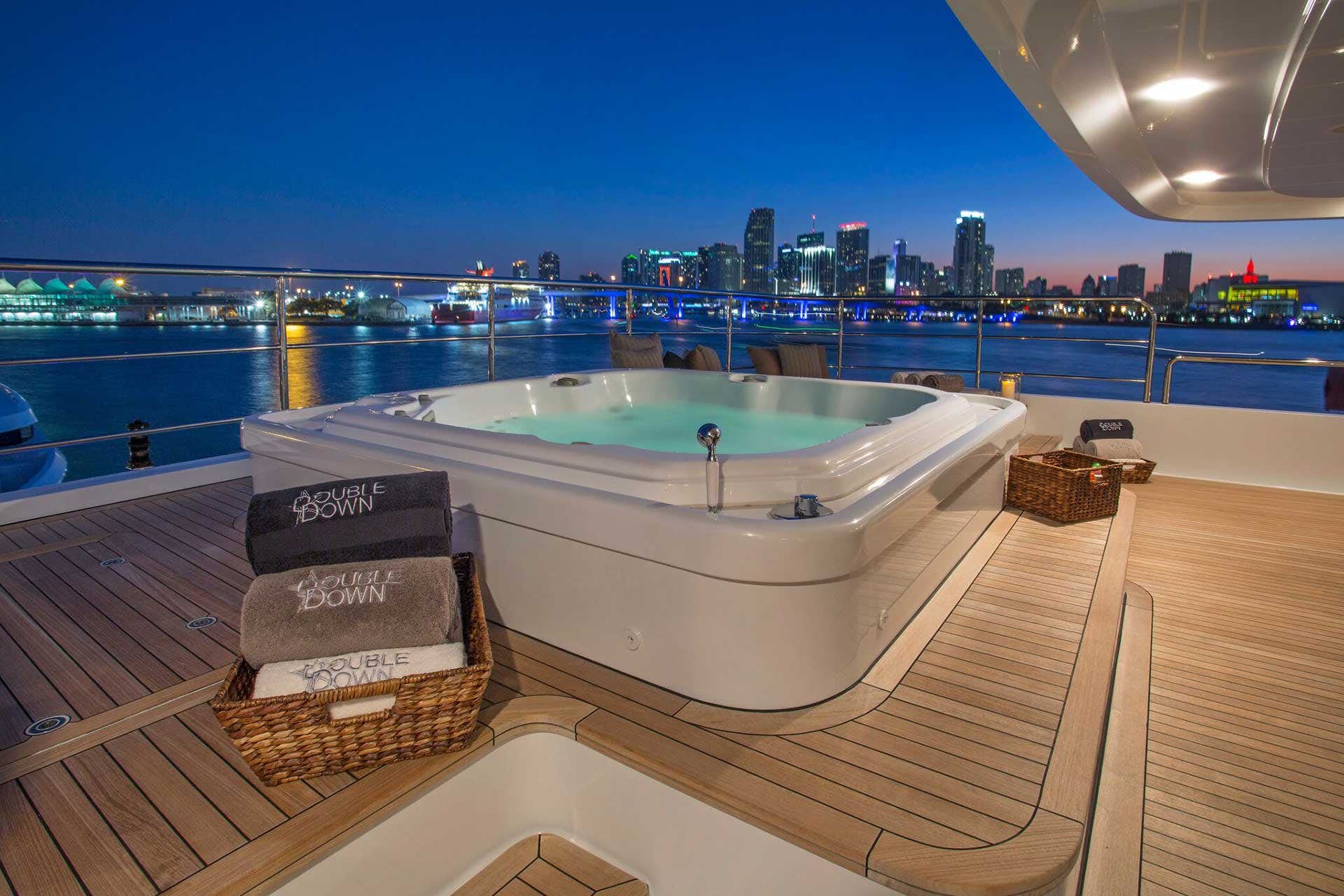 Codecasa is a luxury yacht builder based in Viareggio, Italy. The shipyard was established back in 1825 by the shipwright Giovanni Battista Codecasa, from whom the yard takes its name. The Codecasa brand is one of the oldest family-owned shipyards in Italy and is known all over the world for its steel and aluminium motor yachts of between 98 and 230 feet (30 – 70m) in length. Overseeing the construction process personally, Fulvio Codecasa believes a direct relationship with the client to be the most important aspect of a yacht’s successful build, closely followed by a meticulous eye for detail.Codecasa’s highly qualified workforce share Fulvio’s great passion and commitment, and the resulting yachts are testament to their dedication and craftsmanship. The codecasa shipyard itself has benefitted from continuous evolution and expansion. It began life as a small workshop for sailboats before it became the world-renowned yard that it is today. The Codecasa Shipyards Group comprises Ugo Codecasa SpA, Codecasa Tre SpA and Codecasa Due SpA.

The Codecasa Shipyard was established in 1825 by the shipwright Giovanni Battista Codecasa, from whom the yard takes its name. The yard was a family business, passed between generations.

In 1946, with the construction of more than 50 sailing ships to his name, Giovann Battista Codecasa (heir of Giovanni) retired and handed the company to his two sons, Ugo and Sandro. Family values and an inherent Italian flair for style and creativity lie at the core of this company and the Codecasa Shipyard is still run by an heir of the original founder, Fulvio Codecasa (son of Ugo). Fulvio has run the company for over 40 years now, supported by a versatile management team which includes his two daughters and their husbands.

The Codecasa Shipyard has been building luxury motor yachts, constructed in aluminum, since 2010. The most recent superyacht to be completed by the shipyard is the 213-foot (65m) REGINA D’ITALIA. Codecasa were responsible for both her naval architecture and exterior styling, and the interior design was created by M2Atelier.

Yachts built by the Codecasa Shipyard have received many awards, including accolades from RINA (Royal Institution of Naval Architects), Boat International and the World Yachts Trophies.

The Codecasa Ugo and Codecasa Tre shipyards are located in the new harbour of Viareggio, 20 minutes drive from Pisa International Airport. Both sites extend themselves over an identical area of more than 75,000sq.ft (7,000sq.m), 6,000 of which are under permanent cover. At these sites, Codecasa builds boats of 131 feet (40m) up to 295 feet (90m) in steel and/or aluminum.

The Codecasa Due shipyard builds steel/aluminum or entirely aluminum motor yachts of up to 115 feet (35m), and it is located in Darsena Toscana; one of the most ancient Viareggio harbor docks. This site also has facilities for the repair and refit motor and sailing yachts up to 130 feet (40m). Here, Codecasa also build “all weather” rescue boats for the Italian Coast Guard. DR11 is another Codecasa facility and is located in the new Viareggio harbor. This site is devoted to the construction of all-aluminum sports boats, from 115 feet (35m) up to 130 feet (40m). The most recent production site held by the Codecasa Shipyards Group is a new facility which commenced build in 2011 on the Navicelli Dock in Pisa. Here, four identical sheds (26,900 sq.ft / 2,500sq.m each) facilitate the build of hulls and superstructures up to 861 feet (80m) in length.

Codecasa’s custom superyachts are built and brought to life with meticulous care and dedication.

The shipyard has a remarkable and diverse portfolio, and is able to offer a wide range of yachts built to the highest standards of quality, technical innovation, reliability and design. It was only within the last 10 years that Codecasa added aluminum-hulled yachts to its product offering, with a range of speedy vessels between 115 and 165 feet (35 – 50m), and these have already proved extremely popular.

Codecasa have built motor yachts in aluminum and steel, and can refit both motor and sailing yachts. Northrop & Johnson can advise on the acquisition of a yacht constructed in either material, and discuss the associated benefits of each.

Whether the design is modern, classic or minimalist every Codecasa yacht is unique. The interior furniture is carefully designed and built to meet with the buyer’s exacting requirements and taste, and only the highest quality finishes and technical standards are used.

The Codecasa brand can boast many famous clients, with numerous icons of industry entrusting the shipyard with the creation of their most valuable assets. The list includes Egyptian businessman Mohammed Al-Fayed, media mogul Jim Gabbert and fashion designer Giorgio Armani.