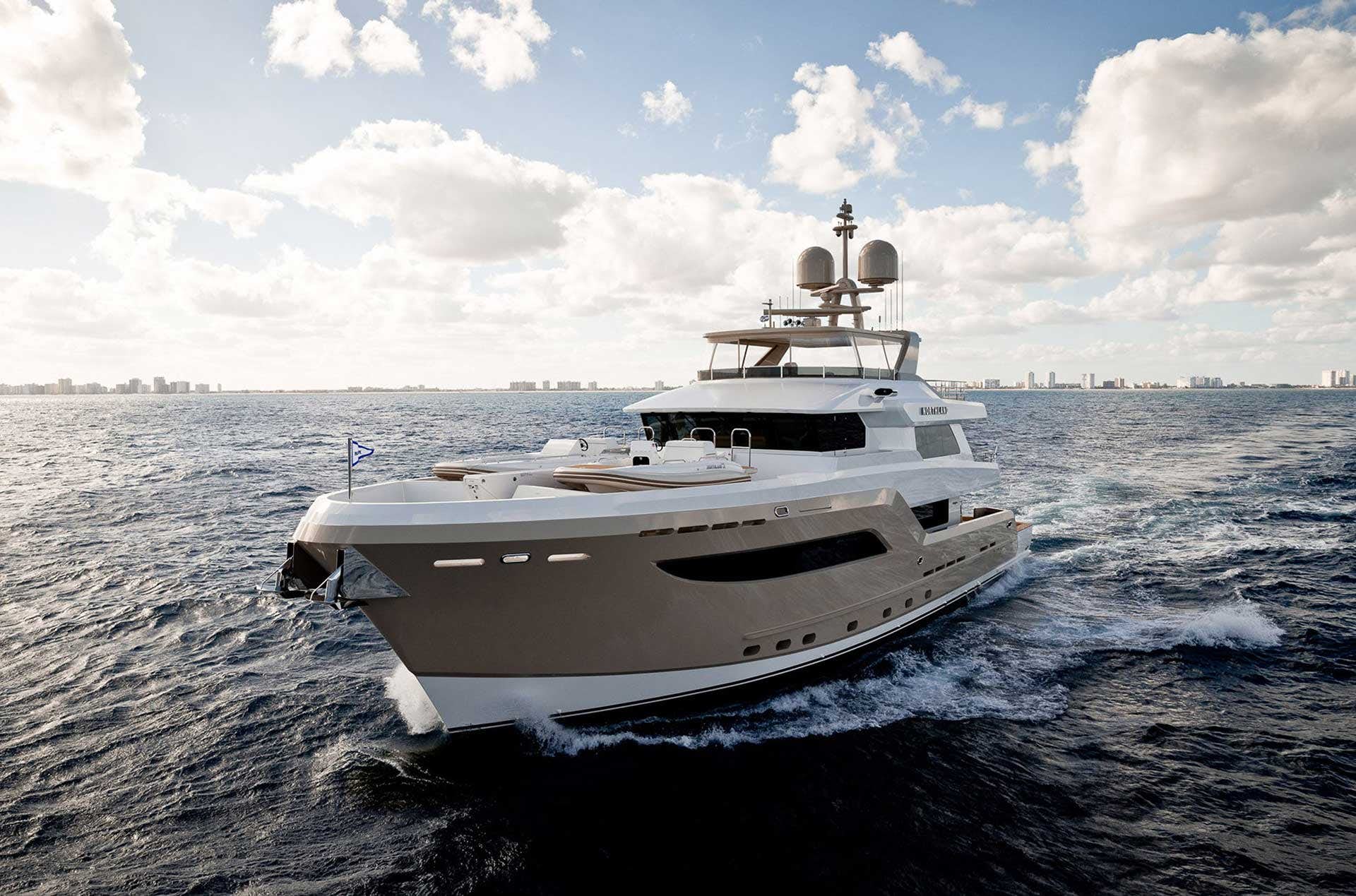 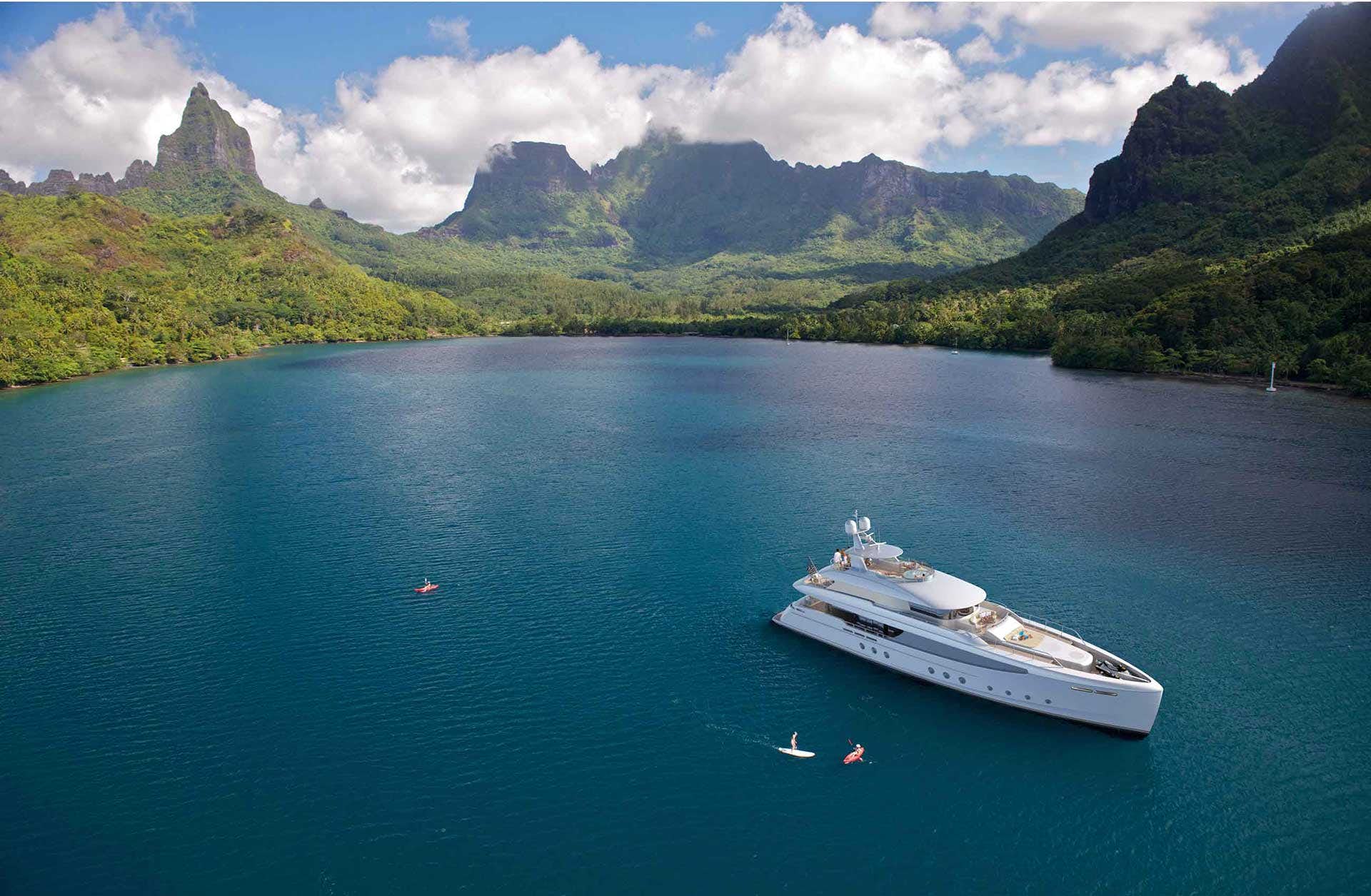 The Burger Boat Company was founded in 1863 by Henry B. Burger on the shores of Lake Michigan, and the company has a longstanding boat building heritage. Now internationally recognised as one of the finest custom boat builders in the world, they are known for their variety of vessels, constructed in aluminum and/or steel, which meet the highest of expectations.

The company’s core values: integrity, honesty and commitment, have been integral to their success, with a dedication to these values being what has fostered client trust and brand loyalty.

Burger employs an extraordinarily skilled workforce of designers and shipbuilders. Burger’s own in-house design team works with many of the world’s most respected naval architects to create custom-built yachts and commercial vessels of exceptional standards and pedigree. Setting the highest benchmarks for safety, reliability and quality of fit and finish.

The history of the Burger Boat Company begins with Henry Burger who, having moved with his family from Germany to the USA when he was a child, began as an apprentice shipbuilder at the Wolf & Davidson Shipyard in Milwaukee at the age of 18.

Henry Burger was 24 when he founded the Burger shipyard, intending to produce small 20 – 30 foot Mackinaw boats for local commercial fishermen. In 1870, during the heyday of wooden sailing ships, Henry and Mr. Greene-Rand consolidated their Manitowoc shipyards to form the Greene-Rand, Burger Shipyard – building, among many others, the sailing schooners CITY OF MANITOWOC and J.I. CASE, and this partnership continued until Mr. Rand’s death in 1885.

In 1886, Henry took his nephew, George B. Burger, into partnership forming the Burger and Burger Shipyard. In 1887, envisioning the decline of new wooden sailing ships, they purchased the only dry dock in Manitowoc to begin a ship repair business.

This combination of new construction and ship repair was the formula that made Burger prosperous during the 1890’s when many other shipyards struggled. Between 1870 and the turn of the century, the Burger brand name appeared on almost 100 new vessels including steamers, tugs, scows, schooners and barges.

In 1902, Henry B. & George B. Burger, after almost 40 years in business, sold their shipyard to the Manitowoc Dry Dock Company and Henry Burger retired. Ten years earlier, in 1892, Henry’s nephew, Henry B. Burger Jr., formed a company in his own name, the Henry B. Burger Shipyard, just across the river from his uncle. It is on this site that the current Burger Boat Company has evolved.

While continuing to build small sailing and fishing vessels, Henry ‘Junior’ quickly recognized the potential advantages of the newly developed gasoline engine and the yard’s first motor launch, the 85′ cruiser, VERNON JR., was delivered in 1901. Within ten years, the company was building multiple 80, 90 and 100-foot wooden cruisers and had established a reputation for building the finest custom motor yachts.

Henry junior died in 1914, leaving the company to his wife and four children, who assumed ownership and management of the shipyard and, in 1915, they incorporated as Burger Boat Company.

Throughout the first and second World Wars the Burger Boat Company built many vessels for the US army and navy. With the advent of peace in 1945, Burger devoted its efforts to producing pleasure yachts. Luxury cruisers and auxiliaries were built and a line of custom and semi-custom yachts was introduced in 1949.

The heyday of flush decks, cruisers, houseboats, raised and semi-raised pilothouse motor yachts continued through the sixties, seventies and into the eighties. During this period, Burger worked with notable naval architects such as Sparkman & Stephens, J.B. Hargrave, C. Raymond Hunt, and Donald O’Keeffe.

In October 1986, due to the declining health of Henry E. Burger, the family sold the company to John McMillian, a then current customer building an 86-foot yacht.

Burger continued to prosper and for the period between 1985 and 1990, 47% of all the registered motor yachts over 80 feet built in the U.S. were built by Burger Boat Company.

In April 1989 McMillian sold Burger to United Shipbuilders of America, a newly created subsidiary of Tacoma Boat Building Company. Unfortunately, the unexpected loss of several large naval contracts, along with the newly instituted luxury tax, caused the already-struggling Tacoma Boat Building Company to abruptly suspend operations and in November 1990, the closing of Burger was ordered.

On February 5th 1993, 26 months after the closure, the Burger brand was reborn when Chicago entrepreneurs and businessmen David Ross and Jim Ruffolo purchased the assets of Burger Boat Company and reopened the shipyard.

The first yacht under the new management was the 91-foot Raised Pilothouse Motor Yacht WINDRUSH. This eagerly anticipated yacht was so highly acclaimed at the 1994 Fort Lauderdale International Boat Show, that it was directly responsible for Burger Boat Company receiving three additional yacht construction contracts.

Since its reopening, Burger has experienced tremendous growth. Along with this success and expansion, the Burger University was initiated in 2006 to provide new and ongoing training in all trades and departments.

David Ross retired in 2007 and the then co-President, James (Jim) Ruffolo, took over as sole President/CEO.

Burger are dedicated to maintaining their industry leading position and put client satisfaction ahead of all else.

Notable superyacht builds from the Burger shipyard’s modern-day operation include the 142-foot (43.3m) SEA OWL, designed by Andrew Winch and launched in 2009, and the retro-styled 151-foot (46m) SYCARA IV, which was designed by Ken Freivokh.

SEA OWL was a full-custom build and the owner’s requirements were for a master stateroom on the main deck with a private study, a main salon and dining area that were open plan, and multiple exterior deck areas with space to dine, lounge and socialise.

The largest Burger-built superyacht to date is the 153-foot (46.6m) INGOT. INGOT was launched in 2008 and has both an aluminum hull and superstructure. The Burger Boat Company was responsible for her exterior design, and they collaborated with Vripack for the interior. INGOT is a mechanical masterpiece, with each system fully accessible for maintenance and providing her owner with exceptional reliability. INGOT is an ocean-going, long-range superyacht. Fully classified to the requirements of the American Bureau of Shipping and built in compliance with the Maritime Coastal Agency LY2 code, INGOT can be seen in ports around the globe.