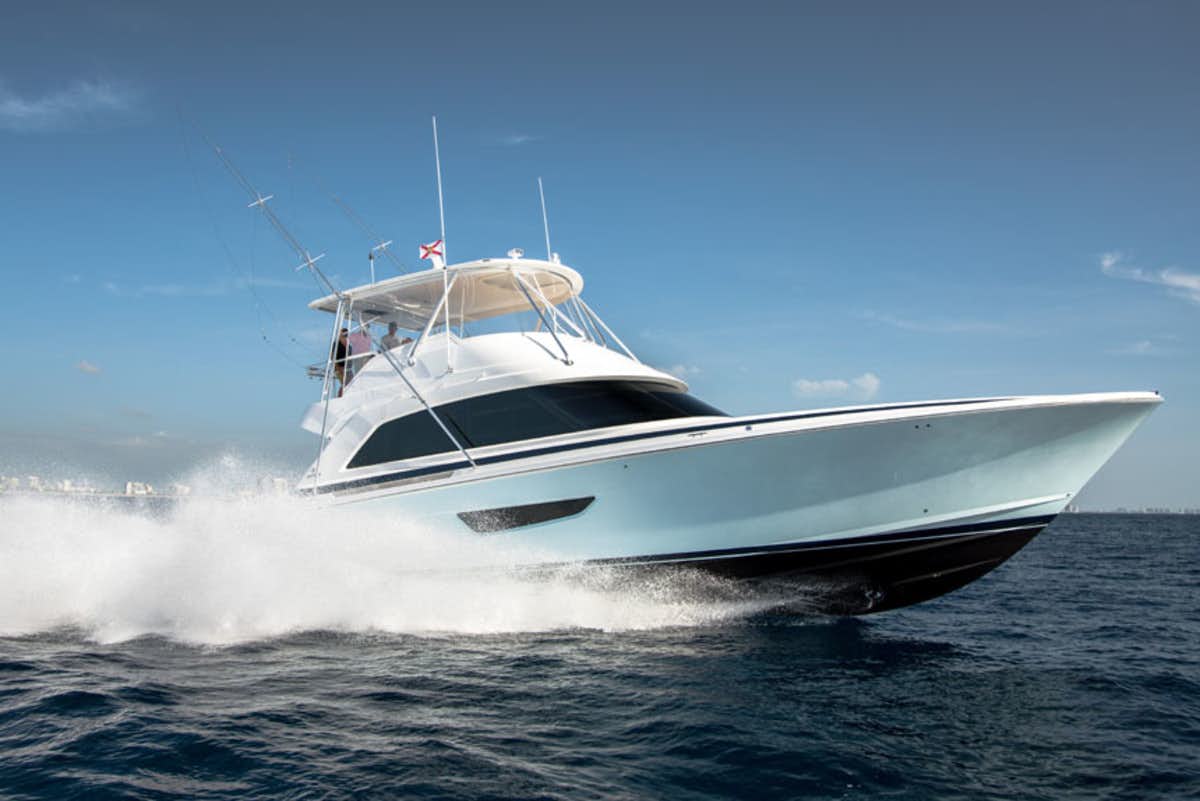 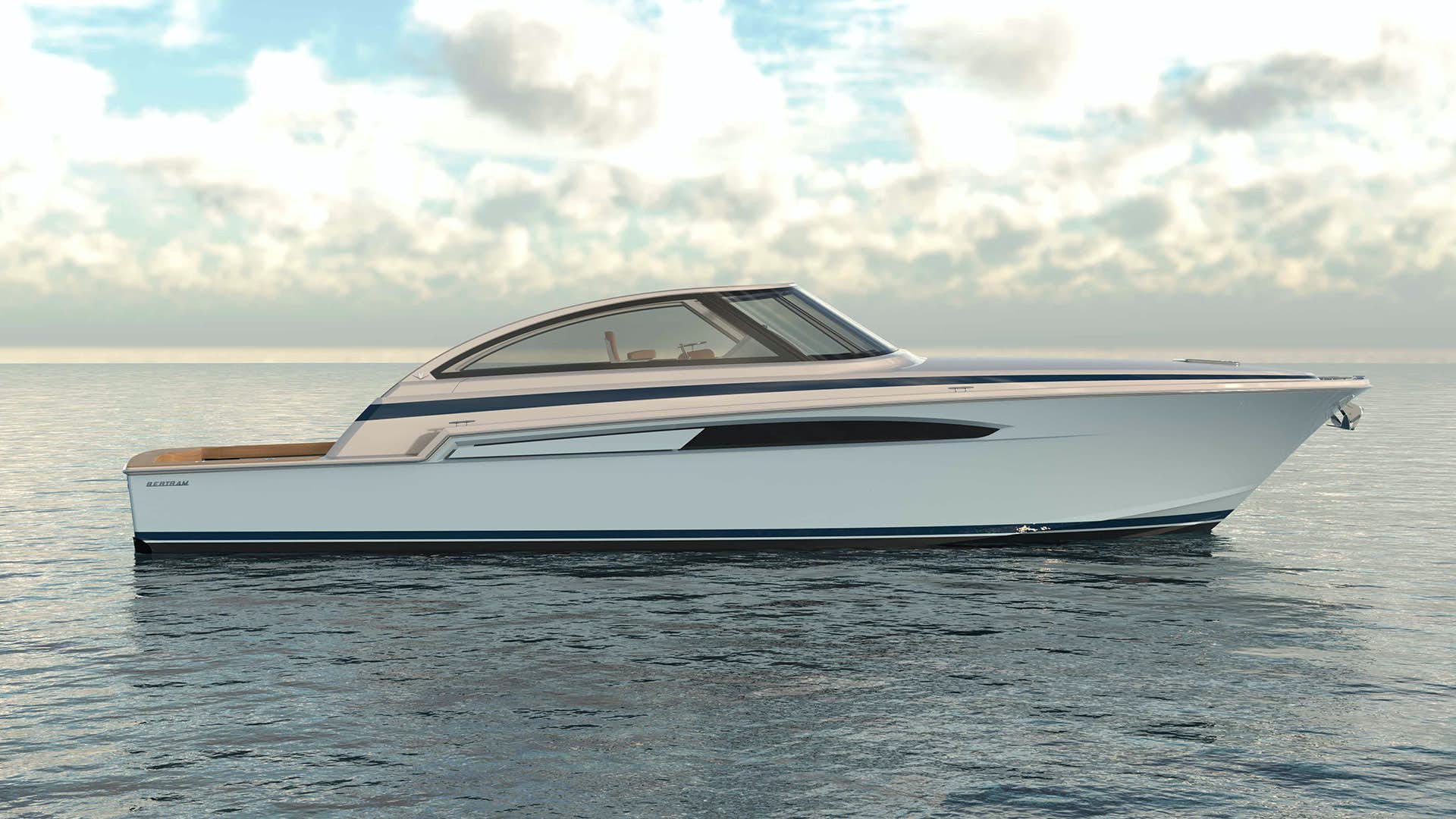 Northrop & Johnson offers a variety of Bertram sportfishing yachts for sale. Bertram Yachts has a heritage that dates back to 1960 when its founder Dick Bertram, a yacht broker, bluewater sailing yacht racer and powerboat racer, built the first Bertram – the 31-foot Glass Moppie, designed by naval architect C. Raymond Hunt. The Bertram 31 was a yacht that was ahead of its time both in terms of design and power. The Bertram 31 won the 1960 Miami to Nassau Race, setting a new course record, and it heralded the start of Bertram’s award-winning line of performance and sportfishing boats ranging up to 80 feet.

Beloved by big-game anglers around the world, Bertram continues to build composite luxury performance yachts from 50 feet (15.5m) to 80 feet (25m) that are designed for fishing, but double as comfortable offshore cruisers. Bertram offers three standard models; the 35, 50 and 61. The largest Bertram to date is a 25-meter Bertam 80, which was introduced to their product line in 2010. The Bertram 80 features four ensuite cabins and has various layout options, including one which provides for a small complement of crew. Northrop & Johnson partners with several sportfishing yachts; Bertram yachts has many unique designs available on the market.

The first Bertram vessel, the Bertram 31, made its commercial debut at the New York Boat Show in 1961 and the design was offered in three model variations: the V-31 Convertible Sport Cruiser with fold-down bimini top; the V-31 Hardtop Sport Cruiser; and the V-31 Flybridge Sport Cruiser. The Bertram 31 Glass Moppie won the Miami to Nassau Race again that year, shattering its own previous race record and the Bertram Shipyard was officially opened in 1962.

Bertram Yachts became a division of the Nautec Corporation, a subsidiary of the Motor Products Corporation, and the infusion of capital funded the research and development of many new models, also leading to the acquisition of a new production facility on the Miami River.

As the company grew, so did its reputation, with the development of many noteworthy models including the Bertram 28, Bertram 46 and 54. Builders of high-quality craft for the US Coast Guard and military, Bertram quickly established itself as one of the finest yacht building companies in the world.

In 1977, the shipyard began building bigger luxury sportfishing yachts with the Bertram 58 Convertible. The Bertram 72 Convertible became the flagship of the fleet in 1989.

In 1997, the economic downturn in Italy pushed Gruppo Varasi to sell its subsidiary Santavalaria, which owned Bertram, to Teknecomp SpA. Teknecomp changed its name to Intek SpA and installed Gianni Morace (ex CEO of Baglietto Shipyard and Rodriguez Shipyard) to run the company day-to-day. Following this change of status, in 1998 Intek sold Bertram to Italy’s Ferretti SpA – a well known yacht-building corporation and owners of other notable brands such as Riva, CRN, Pershing and Aprea Mar.

In 2015, the company was sold again. This time acquired by Beniamino Gavio and Gruppo Gavio who, as experienced yachtsmen and Bertram owners themselves, pledged to rebuild the Bertram brand in America.

The all-new Bertram Yachts hired Peter Truslow as CEO and purchased a waterfront shipyard in Tampa, Florida, where new vessels would be built as well as service and refit for existing vessels offered. A new Bertram 35 was introduced at the 2016 Newport International Boat Show and was an instant hit with huge sales success.

Bertram yachts are built to be faster, tougher, and more durable.

The Bertram production line features three key models: the Bertram 35 (the ‘Moppie’), Bertram 50 and Bertram 61. Encompassing all the qualities of the original Bertram 31, on which this notable brand has been established, through to the yard’s flagship model which is very much a 21st-century boat, all the designs are undoubtedly Bertrams, with distinctly recognizable exterior profiles.

Whilst staying true to the Bertram’s intended use as a sports fisher, the Bertram 61 features a luxurious interior with three en suite cabins, an open-plan saloon and galley, and two decor packages from clients to choose from.

As well as advising clients on a new-build Bertram, Northrop & Johnson can present a wide range of pre-owned brokerage options, including the less common Bertram 80 and Bertram 72 – only five of the 72-foot model were ever built! Entrust Northrop & Johnson’s knowledgeable team of brokers to find you the Bertram best suited to your requirements.