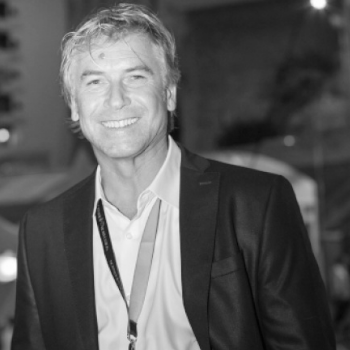 Sean Doyle has been a yacht broker with Northrop & Johnson since 2013 and is among the company’s top-producing representatives. He has sold over 200 boats, negotiated 23 new builds, and has closed deals in 14 countries. Currently, 48-percent of his clients are repeat clients who implicitly trust Sean to negotiate both purchase and sale agreements with the utmost attention to detail.

Following his education at the South African Merchant Naval Academy, Sean’s start in the marine industry was aboard merchant ships operating between South Africa and the Far East. In 1988, Sean began working in the Luxury Yacht market, and since then, he has worked in nearly every facet of the industry. Prior to transitioning into sales, Sean was a captain and managed new construction projects. After twelve years on the operational end of the industry, Sean moved into yacht sales in 2000.

“I’ve always got my finger on the pulse of the industry. I make it a priority to maintain good communication with not only my clients and colleagues but with captains and crew as well. I often know about movements in the market before they happen – whether or not the listing or the deal is my own. This allows me to give my clients an advantage few can replicate.”

Sean is a member of both FYBA and MYBA. He lives in Fort Lauderdale, Florida with his son, James. An avid sportsman, Sean enjoys hunting, sailing and wake sports.