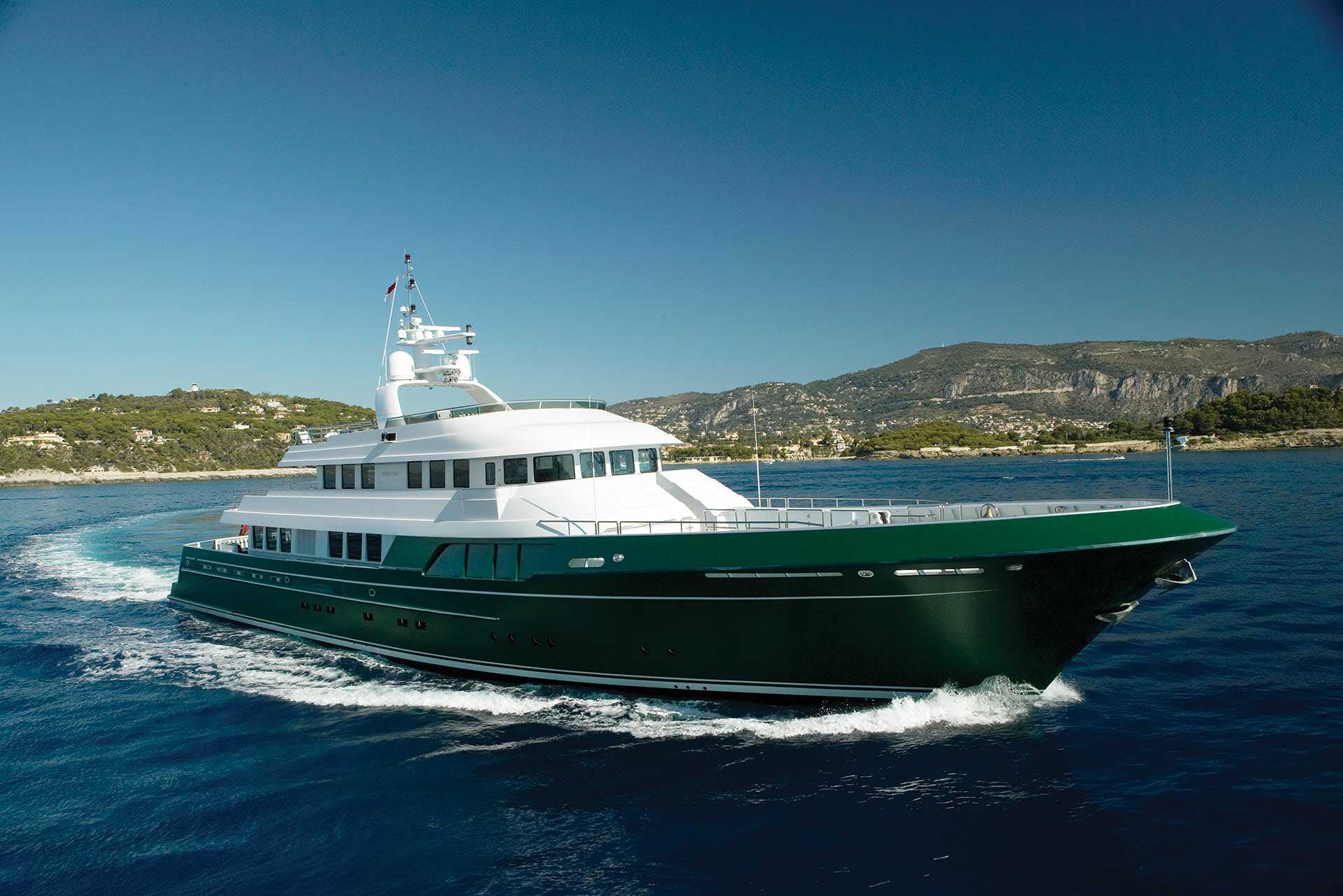 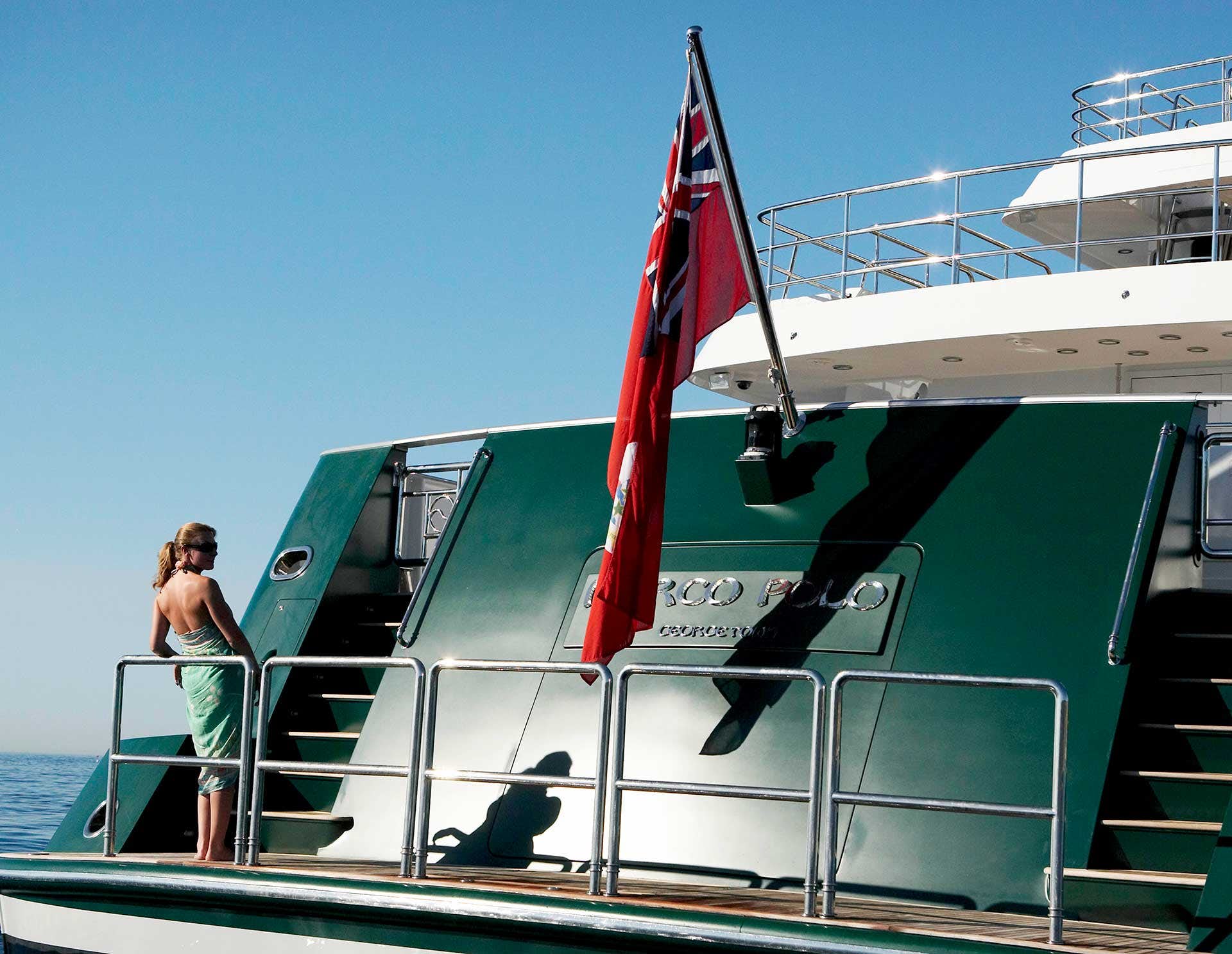 The Cheoy Lee Shipyard has built over 5,000 vessels in the past 60 years and currently builds luxury yachts ranging in size from 59 feet (18m) to over 200 feet (60m), as well as commercial craft including tugs, ferries, patrol, pilot, supply and stand-by vessels in steel, GRP and aluminium.

The Cheoy Lee Company has been a major shipbuilder for well over a century and has grown from humble beginnings into the largest yacht builder in Asia. Cheoy Lee’s founding family still owns and runs the company, now 4th and 5th generation, whose popular modern yacht lines include the Serenity series of ocean-going displacement yachts, the Bravo series of fast motor yachts, and the semi-custom Global series.

The Cheoy Lee Shipyard still operates from the same original site in Hong Kong today, on the banks of the Pearl River, with a state-of-the-art production facility which was opened in 1999. The yard has been expanded three times and covers a total 28 acres, including on-site dormitories that house over 1,200 employees and skilled labourers.

Clients benefit from the latest in technology and advanced production machinery. In addition to the Hong Kong shipyard, Cheoy Lee also has a US-based purchasing department, handling the acquisition of equipment, navigational systems and various other parts from the international marketplace.

The Cheoy Lee Shipyard was founded in 1870 by the Lo family in Shanghai, initially operating as a build and repair yard for wooden steam-powered craft. In 1936, the company moved its headquarters to Hong Kong when the Japanese Imperial Army invaded China. When the Japanese Imperial Army also entered Hong Kong, the Lo family fled back to China abandoning the shipyard.

During the next four years of Japanese occupation, much of the shipyard was dismantled. When the Lo family’s eldest son returned in 1946, he found there was little left of the family legacy and embarked on the build of the first post-war boat with his own hands.

By the mid 1950’s, Cheoy Lee was building teak sailing and motor yachts, most of which were exported to the USA. By the mid 1960’s, 90% of Cheoy Lee’s output was pleasure crafts and at this time, a second build shed was established on Lantau Island at the western end of Hong Kong’s Victoria Harbor. As a pioneer in the development and implementation of fiberglass construction techniques, Cheoy Lee phased out their wooden construction soon after.

In 1977, Cheoy Lee built what was the world’s largest moulded GRP yacht to date, the 130-foot (40m) SHANGO II and by 1979 their first line of all-foam cored production motor yachts was underway; the Cheoy Lee 48’ Sports Yacht.

Powered by family values and a passion to achieve new heights, the defined core values of performance, innovation, reliability, quality and service are executed at all times.

The Cheoy Lee Shipyard is one of very few yards in that world that routinely build in steel, fiberglass, aluminum and various combinations of these materials. The versatile yard builds to globally recognized standards and regulations, often partnering with specialist design firms, naval architects and structural engineers to ensure the full extent of their abilities is utilized.
Cheoy Lee offers several semi-custom luxury yacht series, including the Alpha performance yacht range, the Bravo raised pilothouse motor yacht range, the Serenity luxury cruising yacht range, and the Explorer superyacht series.

One of the yard’s most notable builds to date is the 148-foot (45m) MY MARCO POLO. A transoceanic explorer, this superyacht is constructed in steel with a GRP superstructure.The yacht has a distinctly recognisable dark green hull and was designed by the award-winning Ron Holland.