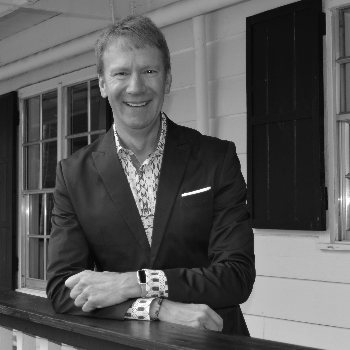 John Cichanowicz hails from Rochester, New York, where his love of life on the water began. John spent his childhood motor boating and sailing on Lake Ontario and the St. Lawrence Seaway. His summers were spent cleaning and crewing his family’s yachts; thus, John's interest in yachting was born and bred.

John’s professional yachting career began in 1988 when, at the age of 20, he moved to Florida to chase his dream of cruising the world on the open seas. In 1990, John attained his 100-ton captain's license, which was followed by his 1600-ton license in 1997. John then became a charter captain and cruised thousands of nautical miles during his 20-year career at sea.

John's favorite areas to charter include The Bahamas, the Caribbean islands and Mediterranean Sea.

Having successfully captained nearly 500 charters, John decided it was time to begin a new chapter. He moved ashore in 2008 and hung up his captains’ hat to become a charter broker. John joined Burgess yachts, a firm for which he captained for many charters. He worked at the firm for nine years as a charter broker.

In February 2017, John again began a new chapter as a Senior Charter Broker at Northrop & Johnson. John offers a wealth of knowledge and experience, all of which he garnered throughout his impressive career in the yachting and charter industries, to his clients.

John’s interests include water skiing, snow skiing and traveling the world, as well as a love of all creatures great and small. You will often see John out and about with his little dog Dax.