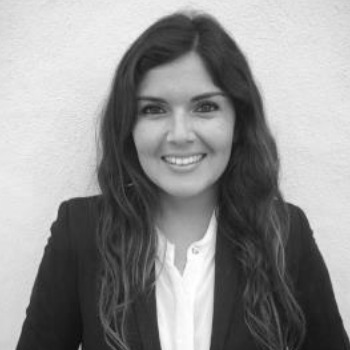 Northrop & Johnson Crew Services Associate Lore Castillo originally hails from Santiago, Chile. She is a psychologist with a master’s degree in human resources. Before finding the yachting industry, Lore worked as an analyst for the English consultancy company Page Group, in both the sales & marketing and IT & eCommerce divisions. In June 2017, after a year working abroad in Sydney, Australia, she moved to Fort Lauderdale, Florida, to join the luxury charter yacht SEA DREAMS, where she immediately fell in love with yachting. Later, she also worked as a stewardess and translator aboard NEXT CHAPTER, for their Central and South American season.

Lore’s yachting experience combined with her background in psychology and headhunter skills ensures she is an asset to Northrop & Johnson’s Crew Services team. She understands the needs of yacht owners and captains, and she can quickly assess the skills of crewmembers to identify assertively, which are best suited for each yacht. Lore is proactive, responsible, spontaneous and communicative. She enjoys working in a team environment in which communication, collaboration and cooperation flow.

Lore is bilingual, speaking both, Spanish and English fluently. After being a foreign exchange student in upstate New York during her High School years, she has benefitted from opportunities living abroad in the US and Australia and interacting with people from different parts of the world, thus enriching herself through the cultural exchange.