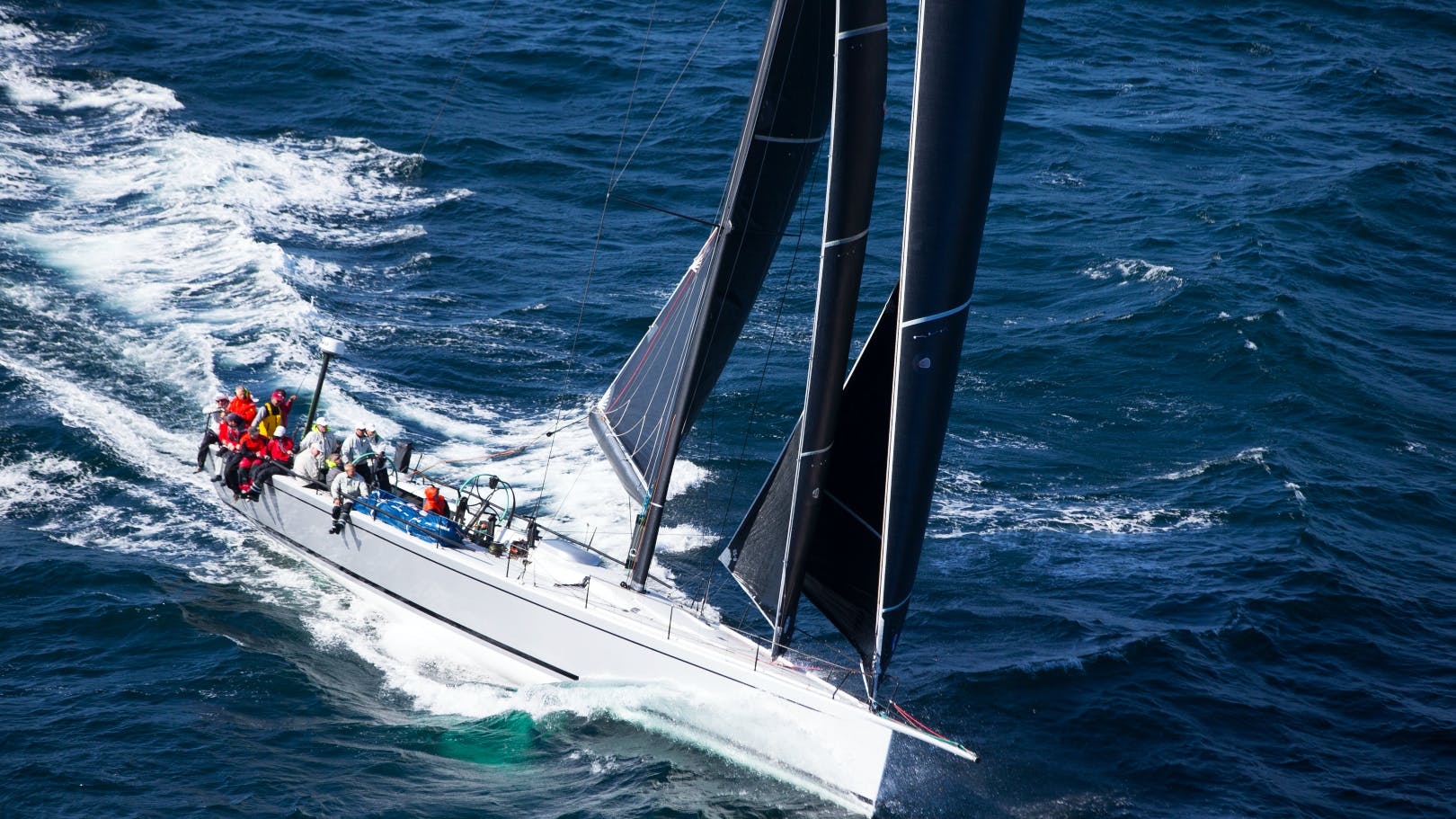 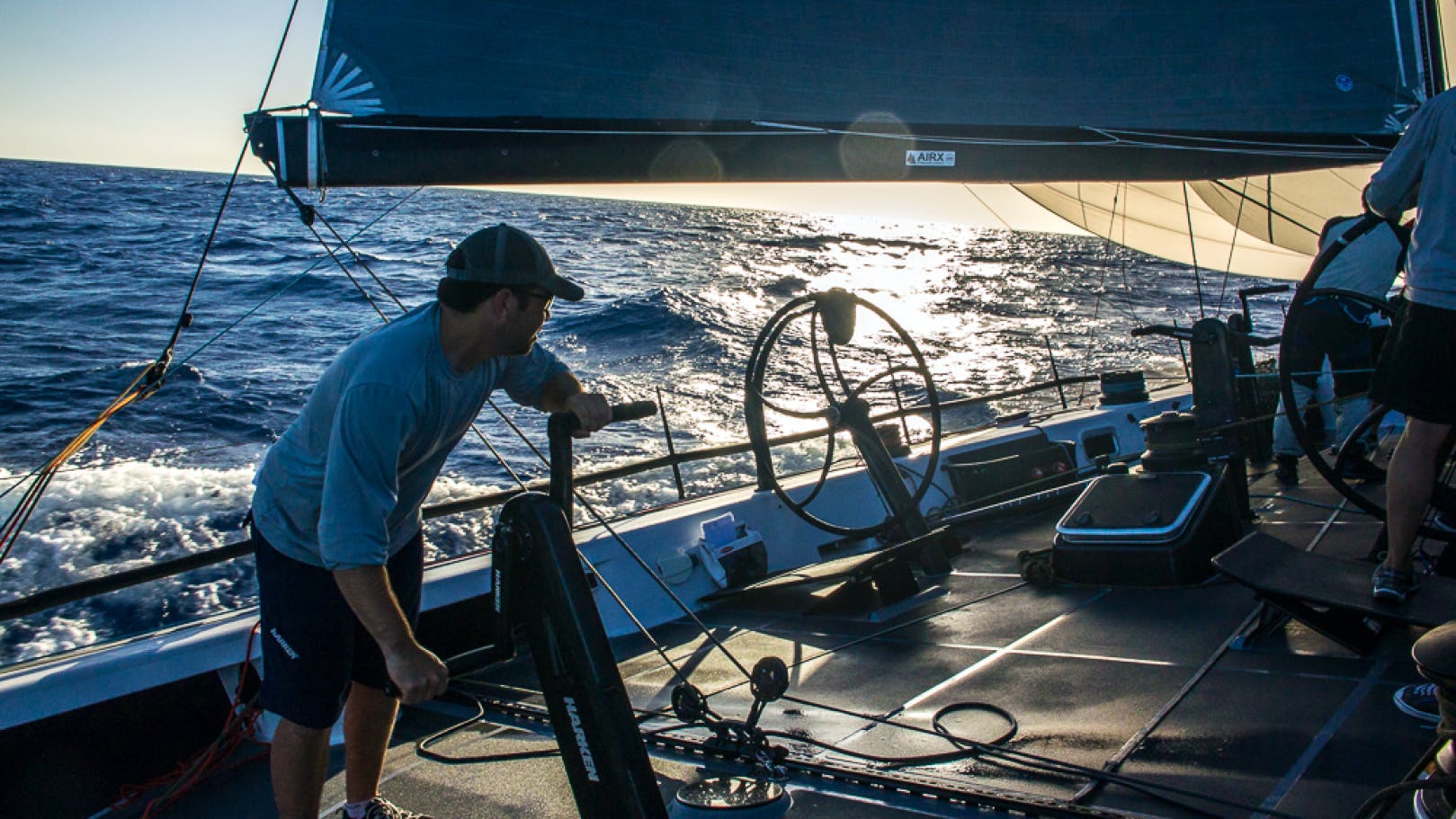 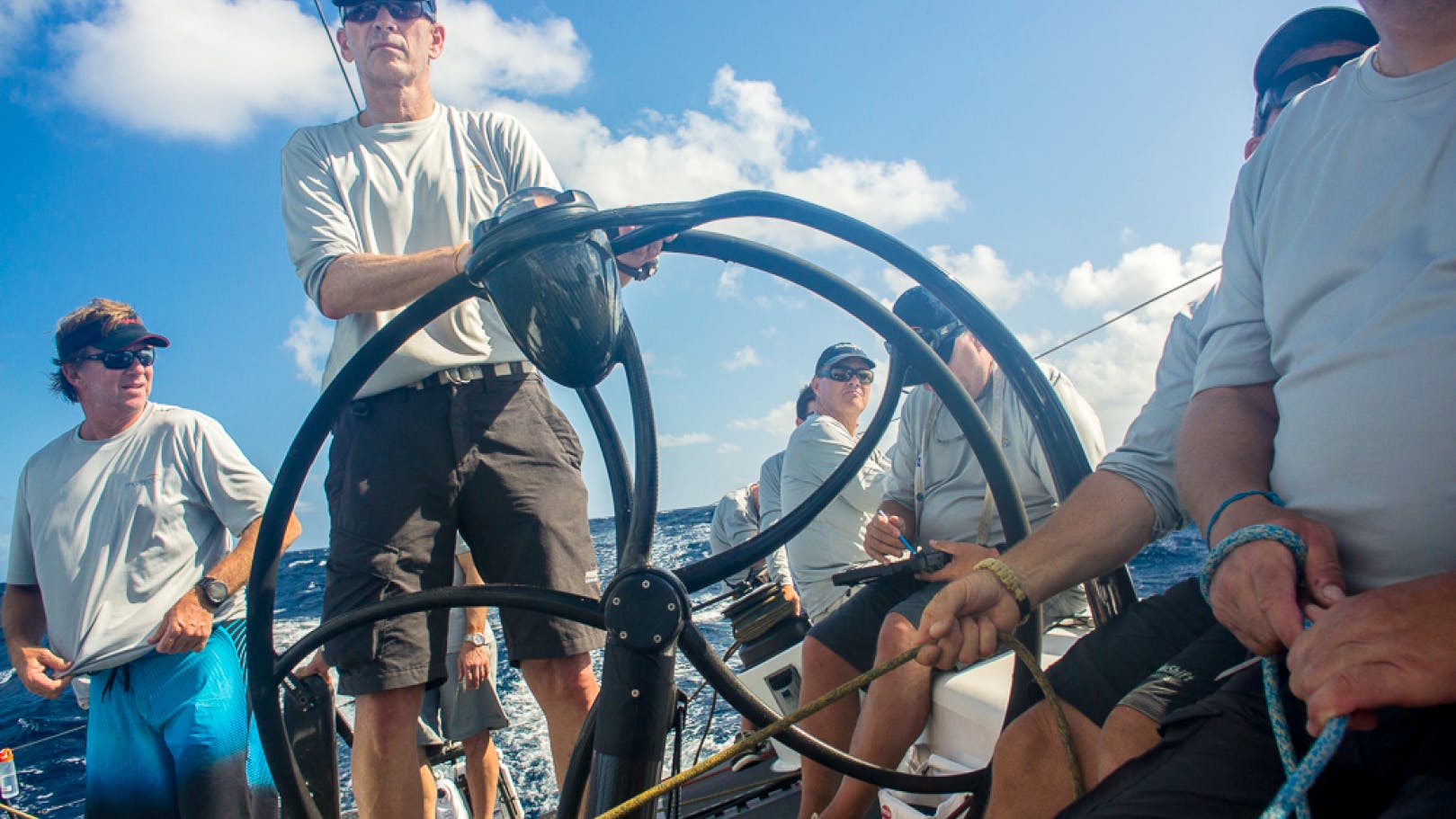 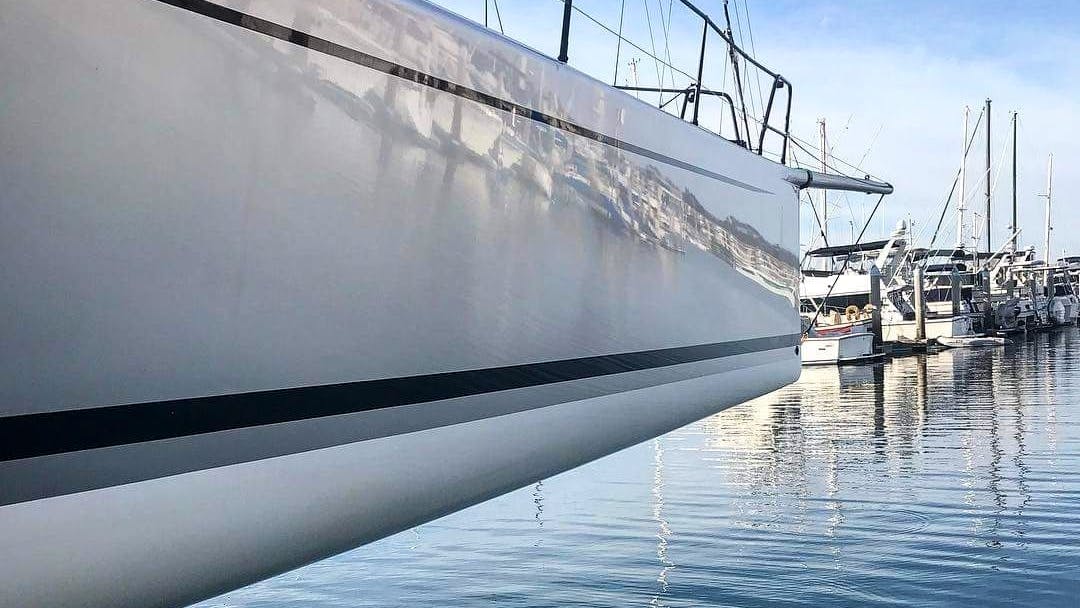 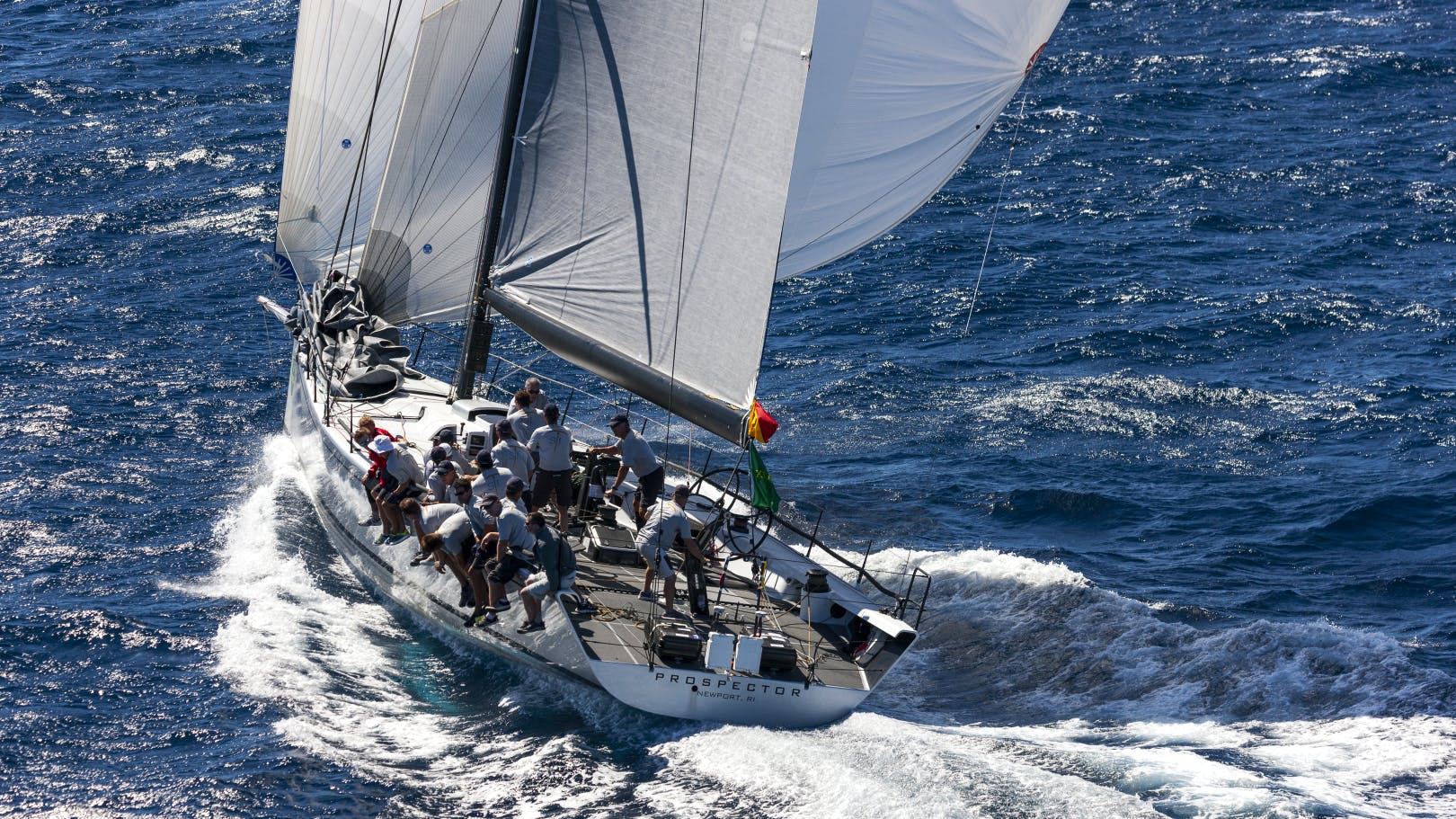 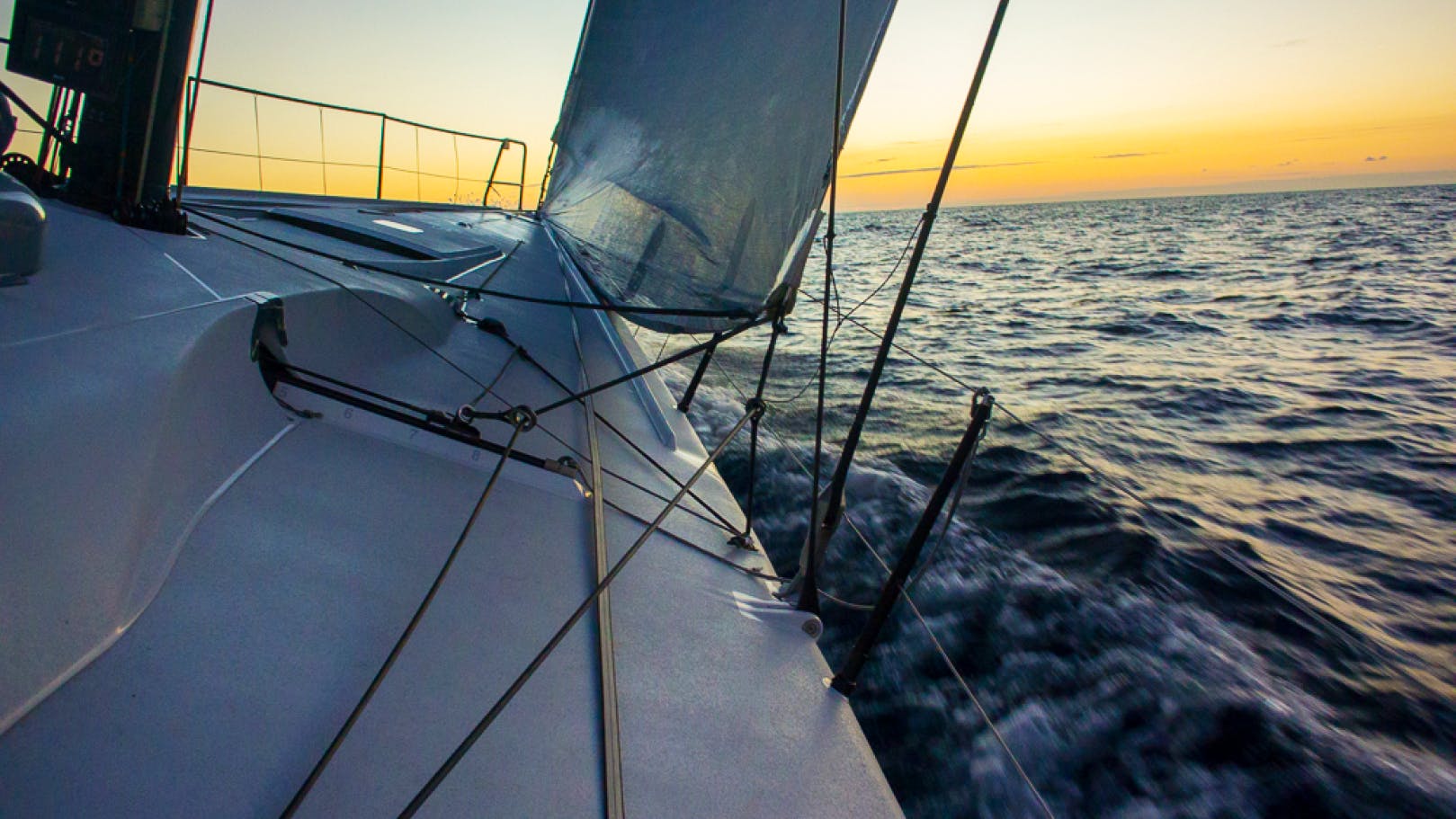 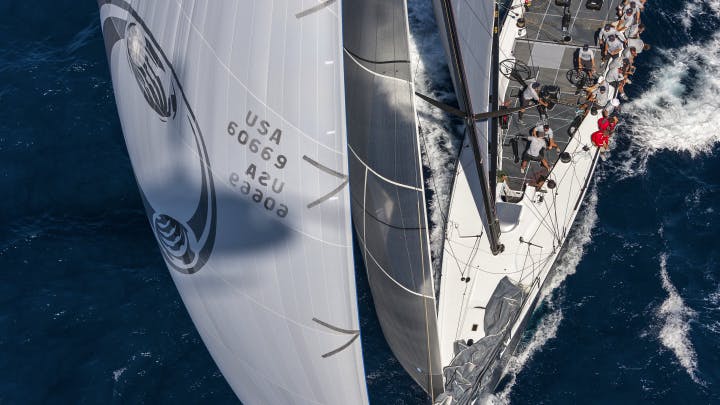 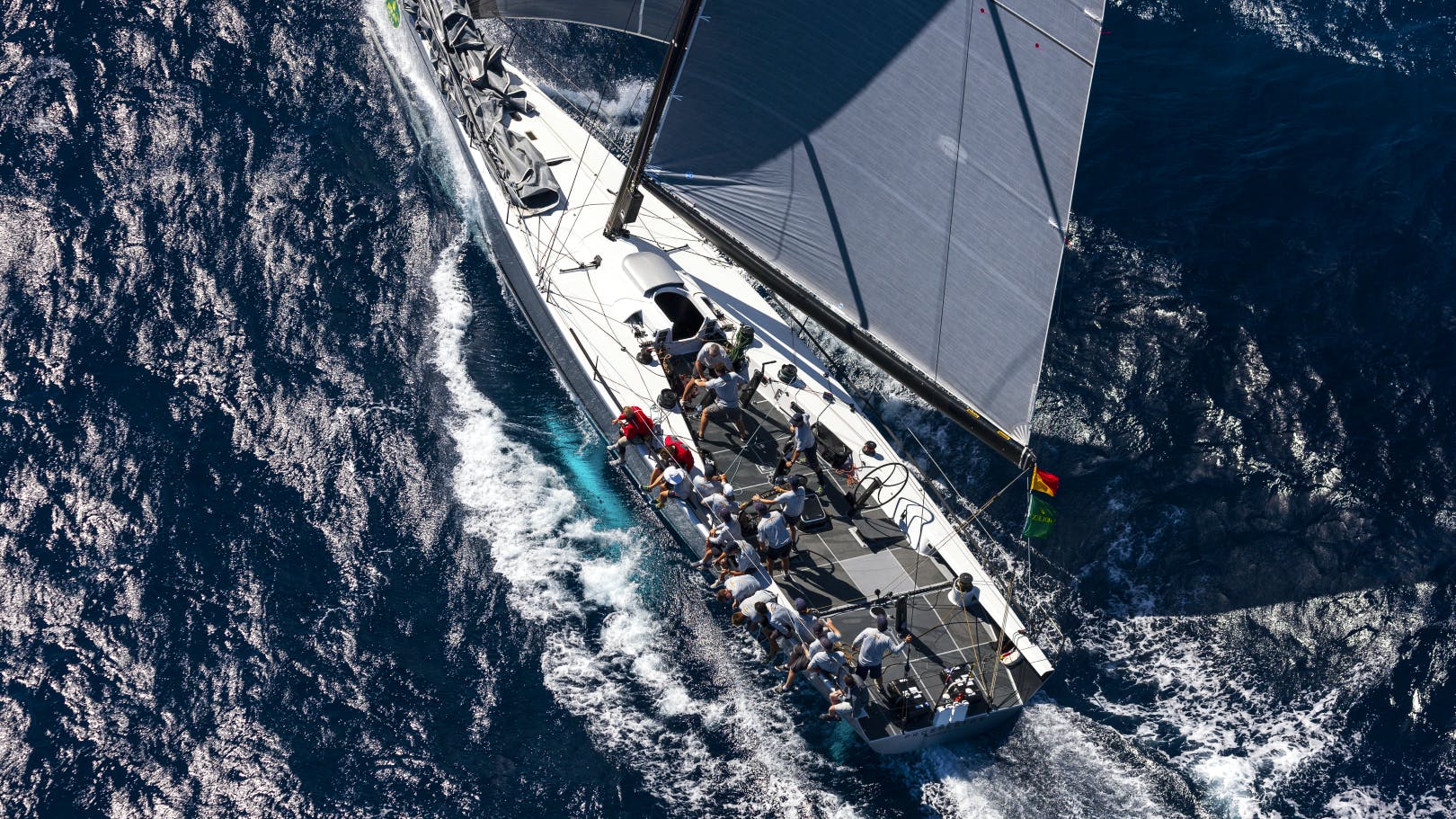 The yacht shown is no longer for sale. Search Yachts For Sale.

This is an archived web page showing historic information for reference purposes only.

The 69-foot (20.73m) Mark Mills IRC Mini Maxi PROSPECTOR is a sensational racing yacht ready to embark on her next crusade. This yacht was built for Grand Prix Yacht Racing of Carbon Fiber at the world-renowned New England Boatworks in Portsmouth, Rhode Island. The boat was built to the highest level of construction to obtain the most efficient strength to weight ratios. PROSPECTOR is proven to be safe, reliable and highly competitive. Since her launch, PROSPECTOR has globe trotted the world from the Mediterranean, Atlantic, Caribbean, Pacific and Tasman Seas and has proven herself as a successful racer seeing numerous race wins and podium finishes. She is arguably one of the most successful IRC race boats in modern history.

PROSPECTOR is a true racing boat offering a minimalistic yet very functional interior that provides a nice place to relax and sleep when off watch. The sailing yacht’s interior has a navigation station for handling navigation and logistics conveniently located below and aft of the main companionway. The interior has a small galley with a gimballed stove and deep stainless-steel sink that makes fixing meals easy at sea. PROSPECTOR’s interior accommodates 16 with 16 adjustable pipe cots — 8 to port and 8 to starboard. There is a wet head aboard with a shower. The interior also has an open, uncluttered bow section for sail storage and handling, providing easy and clean access for hi-speed spinnaker takedowns.

This sailing yacht is all business on deck. PROSPECTOR has been updated in the smartest manner to ensure her deck is safe, efficient and gets the job done to win the race. In the fall of 2019, the boat received a new Hall Ultra Hi-Modulus Mast and an EC6 rigging package. Sailing yacht PROSPECTOR also has her North Sails package continually updated.

PROSPECTOR is ready to take you and your team to the podium at sailing races around the world.

14 Guests
Not for sale or charter to U.S. residents while in U.S. waters.
This yacht is currently not for sale with Northrop & Johnson. 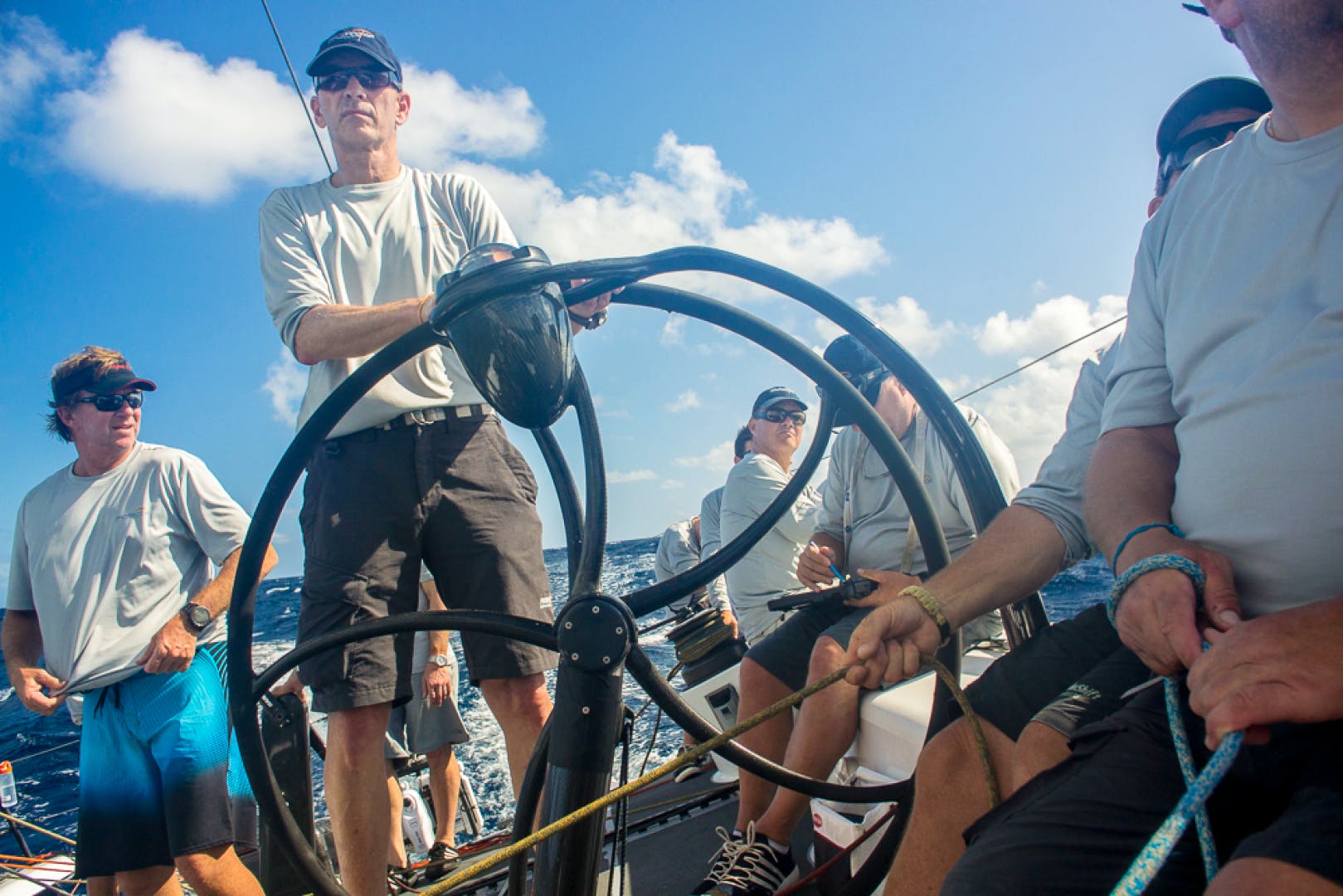 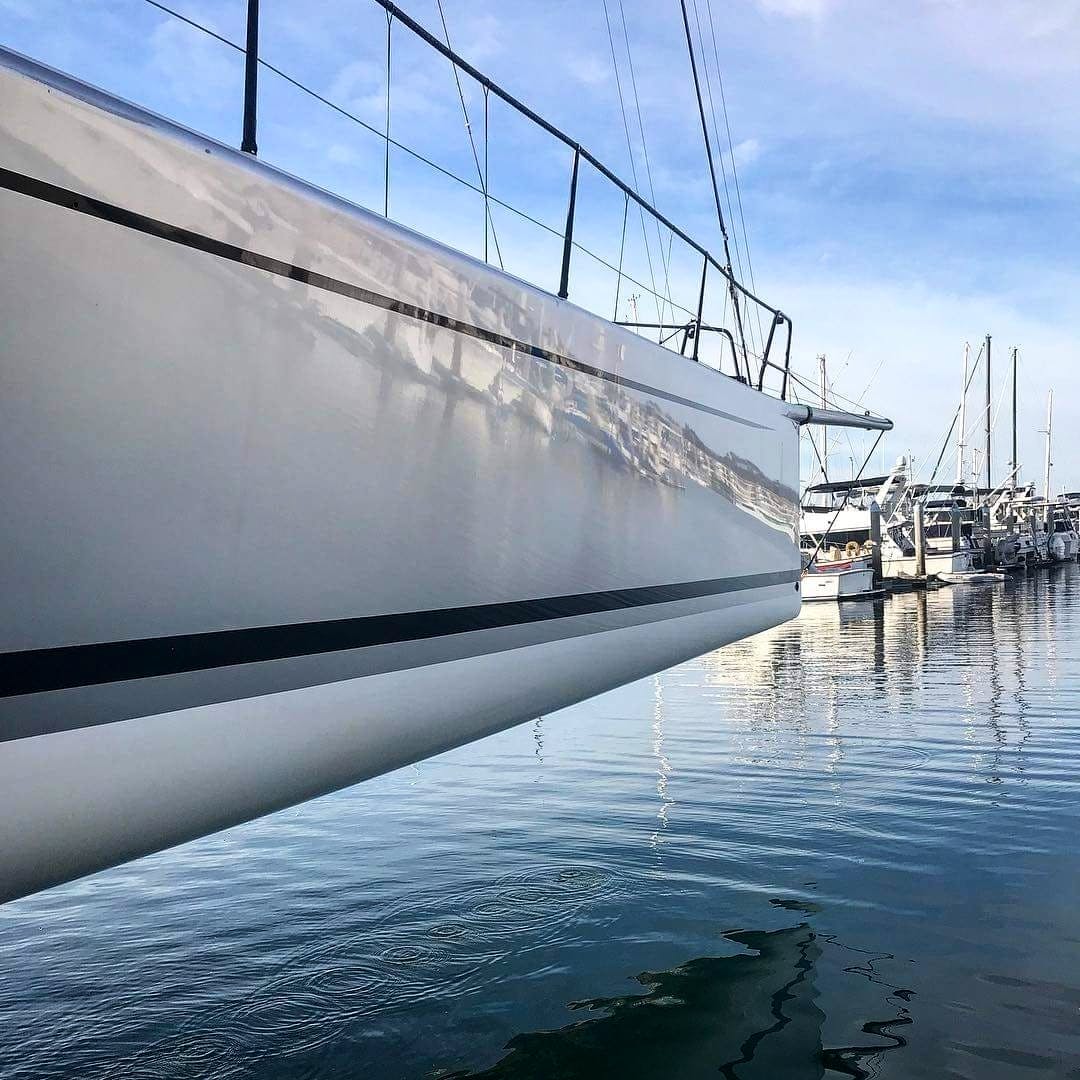 Arguably one of the most successful IRC race boats in modern history! This continuously updated IRC Speedster is ready to carry on with tradition offering you and your team the ultimate platform for success.

“PROSPECTOR (ex-ALEGRE, ex-CAOL ILA) has been one of the most successful

designs of her generation, an evergreen that loves to race and win.”

qualifies in all regards!”

Turn of the century breakthroughs in IRC yacht racing highlighted the talents of Irish Yacht Designer Mark Mills. With numerous successful smaller designs Mills collaborated with yachtsmen Andy Soriano to create ALEGRE. This collaborative effort, continuous updating and desire to achieve the best would create the most impressive team Mediterranean yacht racing had ever seen. With an owner driver, mostly Corinthian crew and the diligence of a designer and captain to keep the yacht up to date season after season ALEGRE tuned all heads.... Flash forward, in 2015 and with one short term interim owner, the Corinthian Sailing Team from the NorthEast Coast of the United States took the reins and created a set of goals that would leave most breathless….. This five year, globetrotting race program left the bucket overflowing with silverware and, for those who created the list, every box checked!!!

An extensive research program on how best to improve performance resulted in an extremely comprehensive list of modifications. This included the replacement of the mast to the latest technology, lighter, more aero rig. in conjunction with this great weight saving modification we modified the jib sheeting arrangement allowing the ability to introduce a much higher performance sail plan. To manage the larger sail plan a spinnaker drop wheel system and additional grinder pedestal were added. A linked pedestal system now utilizes the power from eight crew. This system also includes driving the runner winches. This improvement alone has made a massive improvement ensuring we were fully efficient with our W/L course sailing, as well as offshore events.

The sail plan, rigging, mast technology is always up to date and the boat has had great successes racing in Europe, the east Coast of the States and the Caribbean.

Cariboni Manual hydraulic pump, 2 of (either side of cockpit)

Cariboni triple function control panel, 2 of (either side of cockpit)

Cariboni Vang dump valves, 2 of within reach of helm and main trimmer

Harken stomp button control for all OD Boxes and Clutches

2010 Removable wheel crash bars can be fitted for offshore races

2012 New floorboard made for interior

2020 GS Tack well installed to get GS tension on lock

Yacht equipped to ISAF CAT1 safety including the following

All furling sails on KZ equipment with Integrators, New 2018-2020

Would you like to get more information about PROSPECTOR? Our Brokers are standing by to help.

We appreciate your interest in PROSPECTOR. One of our experienced sales brokers will be in touch soon.